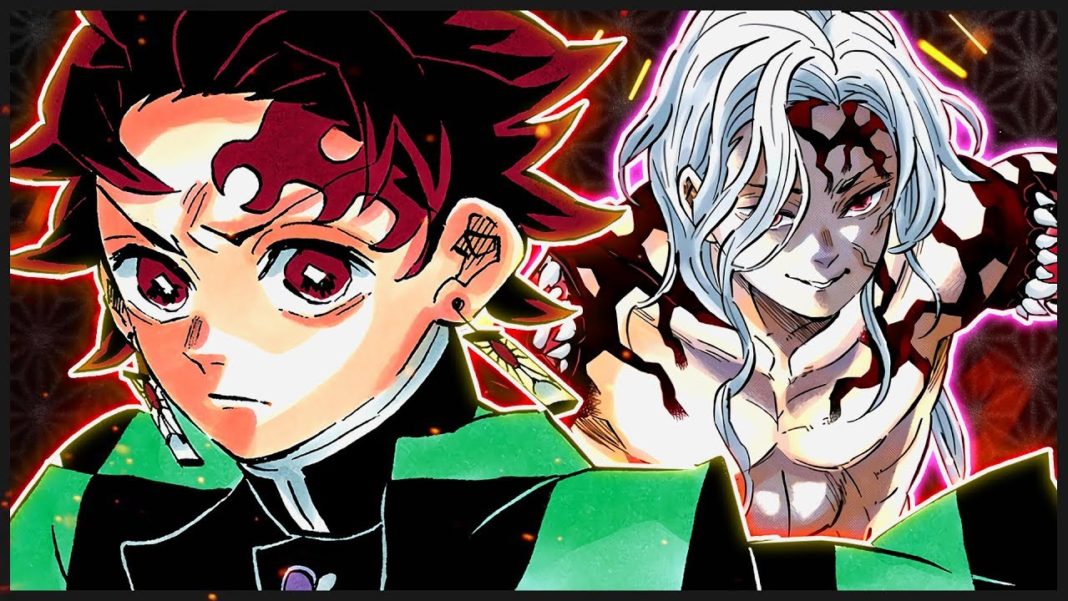 Howdy guys, In this post we are going to discuss upcoming events of Kimetsu No Yaiba Demon Slayer Chapter 198. Besides this, this post may contain spoilers. If spoilers bother you, I suggest you stop here. So, let’s get started-

In the previous chapter of Kimetsu No Yaiba- Tamayo’s drugs severely affected Muzan’s body.  “Weakening you is good enough… We will do anything to kill you.”- Tamayo yelled on Muzan. This is where Muzan realized that Pillars’s attacks are now damaging him. Later, Muzan activated his Blood Demon art and injured Tanjiro and Obanai. Muzan took this as an opportunity and tried to flee away. But Inosuke managed to stop him. At the end of the chapter, Tanjiro thought to stab himself but the risk is he shouldn’t hit his vital spots.

Now, let’s get going for Kimetsu No Yaiba Chapter 198-

The previous chapter dropped on 8th March, so the next chapter, i.e, Demon Slayer 198 will air on or around 15th March 2020.

The spoilers and leaks are basically the raw scans, that are being translated by the popular translators on the internet. But you may not worry, we will make sure to add the leaks and spoilers to the article, as soon as they’re out. You can put your opinions regarding Demon Slayer Chapter 198 in the comment section below. The important leaks and spoilers for Kimetsu No Yaiba Chapter 198 will be out on or around 14 March 2020.

Where to read Demon Slayer Chapter 198?

All the chapters of Demon slayer manga are available for free on Viz Media and Mangaplus. We highly condemn the use of streaming anime or reading manga on an unofficial website. A new chapter comes out every Sunday.

The genre for Kimetsu no Yaiba are Action, Demons, Historical, Shounen and Supernatural. The Anime is well-known for its wonderful animation and a decent plot. As of now, the manga has aired a total of 196 chapters. Demon Slayer Manga Chapter 197 will be out soon. Moreover, the anime’s first season was a huge success, fans are now full of beans for Demon Slayer Season 2. Here is the official manga trailer for Demon Slayer –