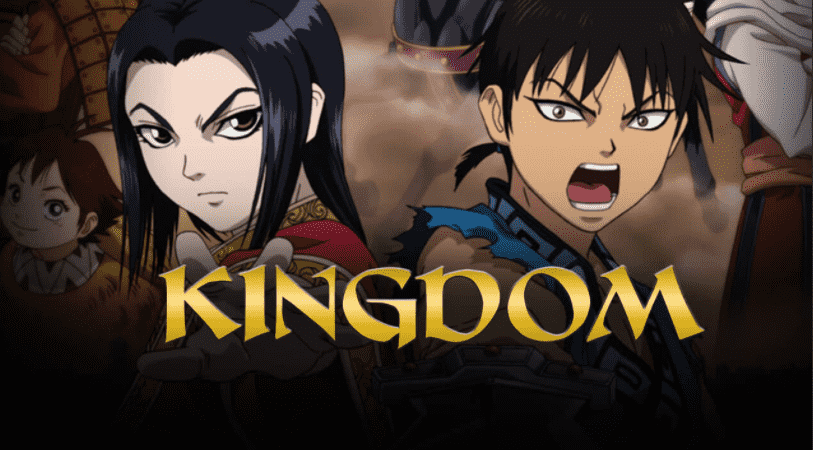 The world came to a halt in 2020. With the pandemic acquiring the world, the anime industry was also affected in its production and streaming. One such example is season 3rd of the anime named Kingdom. After a long wait of almost six years, fans were all happy about the comeback of their favorite anime’s sequel. Today, we will talk about Kingdom anime season 3 and everything we know so far about it.

Season 3rd of Kingdom started airing on 5th April 2020. It was pretty soon that the 4th episode put a stop bar on the further release of episodes. Covid-19 put an end to the grin of Kingdom’s fans and made them wait for months and months that seemed like an eternity. With the world trying to get back to normal, is the wait over for the Kingdom fans? Or is season 3 officially canceled?

Kingdom anime Season 3-Everything we know so far about it

Well, the 4th episode of Kingdom that aired almost a year ago might have put the hopes of its fans at stake. Many started to assume that show won’t air ever. To make you recall, the last episode that aired was named “Two Battlefields” on 26th April 2020. The question that all Otakus were stuck with, is now answered below.

The officials of Kingdom anime announced on 26th April that the show stays delayed till further notice due to the ongoing pandemic. The moment of joy is finally back. YES, you read it right. Kingdom anime is going to make a blast by its comeback in spring 2021. Announced in October 2020, the show will resume from the 5th episode as per the official sources.

You can also read: More about Kingdom Season 3

All about Kingdom Season 1 and 2

The story revolves around two war orphans, Xin and Piao who were born when the Warring States period of China was in the run. With a dream of becoming the “Great generals of Heaven,” they both trained vigorously every day. Though they both were poor and worked as servants in a village, their resolution to do something big remained intact.

Suddenly, one day Piao gets called to the palace with an unknown purpose. After few months, he returns to the village in a dying condition and requests Xin to leave as soon as he can. Shaken by the death of his brother-like-friend, Xin moves to another village where he finds Ying Zheng. Ying Zheng, who was the king Qin, echoed Piao in appearance.

With time, Xin learns that Piao was made to act like the body double of Ying Zheng in battles. He decides to help Ying in reclaiming the throne from his younger brother, Cheng Jiao. Helped by Xin in a time of need, Ying appoints him as the commander of Battlefields in warring states of China. Xin with his dream of becoming the “Greatest General in the world,” moves on with Ying’s motto of ending the warfare suffering.

Recommended: Bunny Girl Senpai Season 2 Confirmed for 2022? Why Is There A Delay?

The anime features a lot of characters with a strong resolution lying in them. After losing his friend, Xin’s promise of becoming “Greatest General of Heaven” grows more rapidly as a fire inside him. Ying Zheng, the king of Qin has an imagination of unifying China and ending the interstate war sufferings. With so many great characters portrayed, viewers are surely going to like the show if they haven’t watched it yet.

The wait for Kingdom Anime Season 3 is also nearing its end now. With so many things going against the anime industry in the past few months, the re-release of this anime’s sequel will embark happiness amongst all. If you love to watch shows based on History, epic battles, and the military, Kingdom is a highly recommended anime from our side.