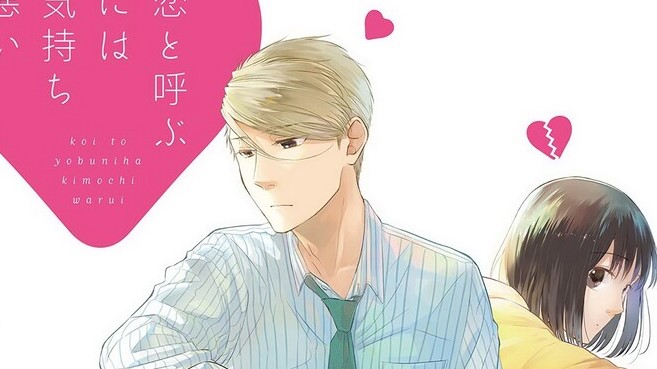 Looking for something Shoujo! Then you have arrived in the right place. To answer your excitement Koi to Yobu ni wa Kimochi Warui Romanic Comedy TV Anime has announced to premiere in Spring 2021.

The sources revealed the director of this anime is Naomi Nakayama and Taku Yamada. Taku Yamada has previously worked for Rent-A-Girlfriend. With Mariko Fujito in charge of character design, and as the chief anime director.  Mariko has previously known for her work in Urahara, Galaxy Angel, and many more. With Hiroaki Tsutsumi in charge of composing the song.

The other cast members are Shunsuke Saito as a producer, Toru Ikawa as an animation producer, and Kisuke Koizumi as an audio director. The manga series is serialized via Comic pool digital magazine from January 2015.

Koi to Yobu ni wa Kimochi Warui is the Japanese name for “Its Disgusting to call this love”. Mogusu is the writer of the series and Nomad is in charge of producing the anime. The story revolves around a wealthy businessman Amakusa Ryou and a high school student Ichihana Arima. Amakusa tries all methods to lure Arima with his charm. But every time Arima gets equally disgusted with his actions. She is never able to express her feelings for him straight up and insults him in return. Although this doesn’t stop Amakusa from chasing her.

This was all about Shōjo for today. Will try to keep you updated on the same, till then check out our other articles Mission Yozakura Chapter 53 Release Date And Where To Read It?, The Irregular Student Magic High School Second Season – Everything You Need to Know! and much more.