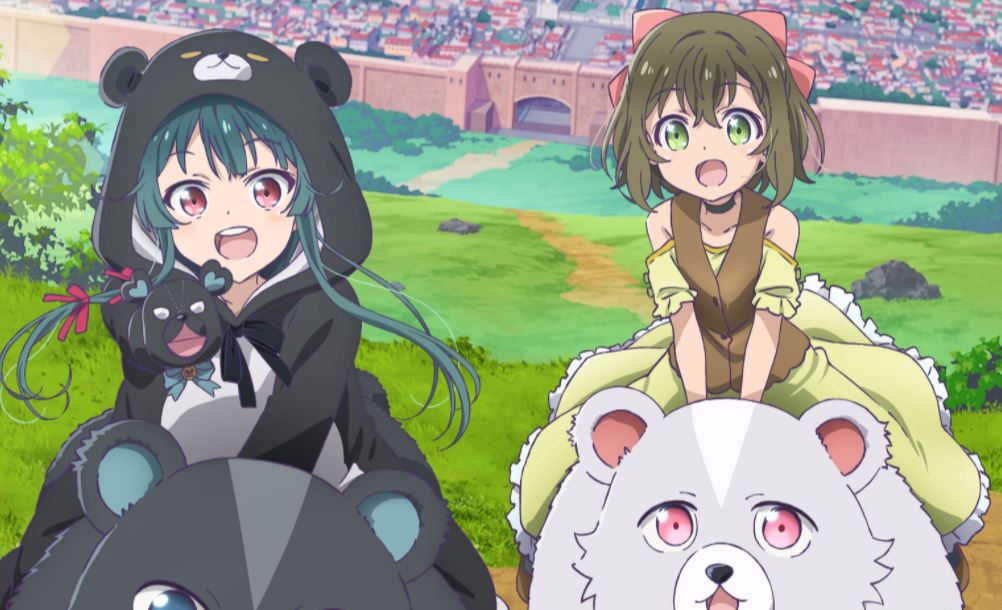 Hey Everyone! You will be glad to know that Kuma Kuma Kuma Bear has finally announced its second season. The novel has also announced the ending theme song, characters, and more.

The official website of Kuma Kuma Kuma Bear has announced that they will release the second season of the light novel. To share the big news Yuki Nakano has also drawn an illustration. Further, the illustration previews the characters Yuna and Fina.

Moreover, the website has revealed Kuma Kuma Kuma Bear Season 2 will have a special ending theme song ” Ano ne” or loved ones. The character of Azumi Waki as Fina and Maki Kawase as Yuna will be on sale for digital distribution services. Funimation has streamed the first season as it aired in Japan.

Kuma Kuma Kuma Bear is originally a Japanese light novel series. Kumano is the writer with 029 as the illustrator. It was first serialized on an online platform in 2014. The novel has also inspired a manga adaptation. Sergei was in charge of the art and it was serialized in Comic Pash. The manga has collected over 5 tankōbon volumes. Seven Seas Entertainment had licensed the manga in North America.

The story revolves around a 15-year-old Yuna. She prefers staying at home and play her favorite VRMMO. But a strange update comes with a Kawai looking bear outfit. The outfit also comes with some overpowering abilities. When she wears the outfit she is teleported to a world of the game. She has to tear down monsters and has the ability to use real magic. To know more about her bear outfit and her adventure in the world of games stay tuned to its upcoming Season!

To know more click here to visit their official website. Be sure to stay tuned for more updates. Also, read Best Christmas Anime to Watch in The Holidays “This blog is written by Spoiler Guy.” Be sure to follow us on Facebook, Twitter, and Instagram for more interesting and the latest updates about anime.