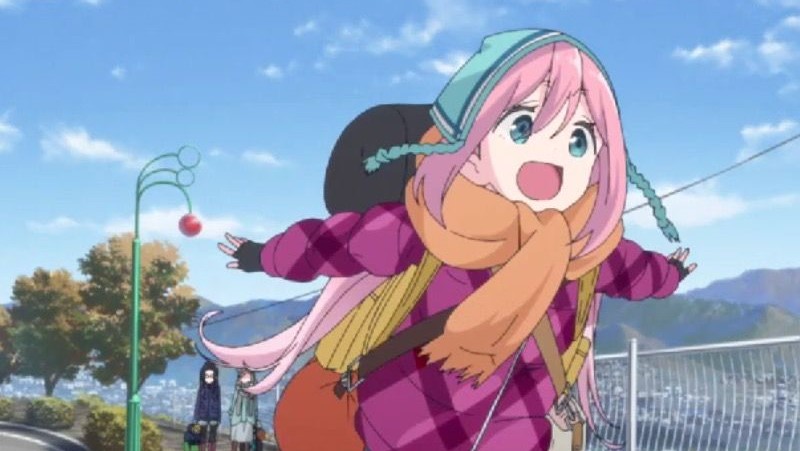 Hey Everyone! In this post, we are going to take about the upcoming Laid-Back Camp Second Season. Well, the official website has announced that the second season will premiere on January 7, 2021.

It has further reported that the anime will broadcast in AT-X channel on January 7 at 23:00. Other than that it will also run in Tokyo MX, BS11, Sun TV, KBS Kyoto, Hokkaido TV and others. Further it will be available in d Anime Store and Abema services and other television channels. The anime is inspired from the Laid-Back Camp manga.

The story follows the main character, Rin Shima who is fond of camping. Mostly the places that give her the best view of Mount Fuji. In one of her camping trip, she meets Nadeshiko Kagamihara. After this, Nadeshiko takes an interest in camping and joins the outdoor activity club of the school. The story proceeds with Rin and her friends sharing the true experience of the wilderness surrounding Mount Fuji.

Afro has authored the original manga, Laid-Back Camp. Yen Press has licensed the manga in North America. It has inspired a television anime adaptation, live-action, an animated movie has also been announced. C-station is in charge of the anime adaptation. The first season was aired in January 2018. They have also released three OVAs. To know more about the upcoming anime you can click here to visit their official website.

This was all about the upcoming anime series. Be sure to stay tuned for more updates. Also, read Attack on Titan Chapter 135 Release Date, Where to Read AOT Chapter 135? This blog is written by Spoiler Guy. Be sure to follow us on Facebook, Twitter, and Instagram for more interesting and the latest updates about anime.