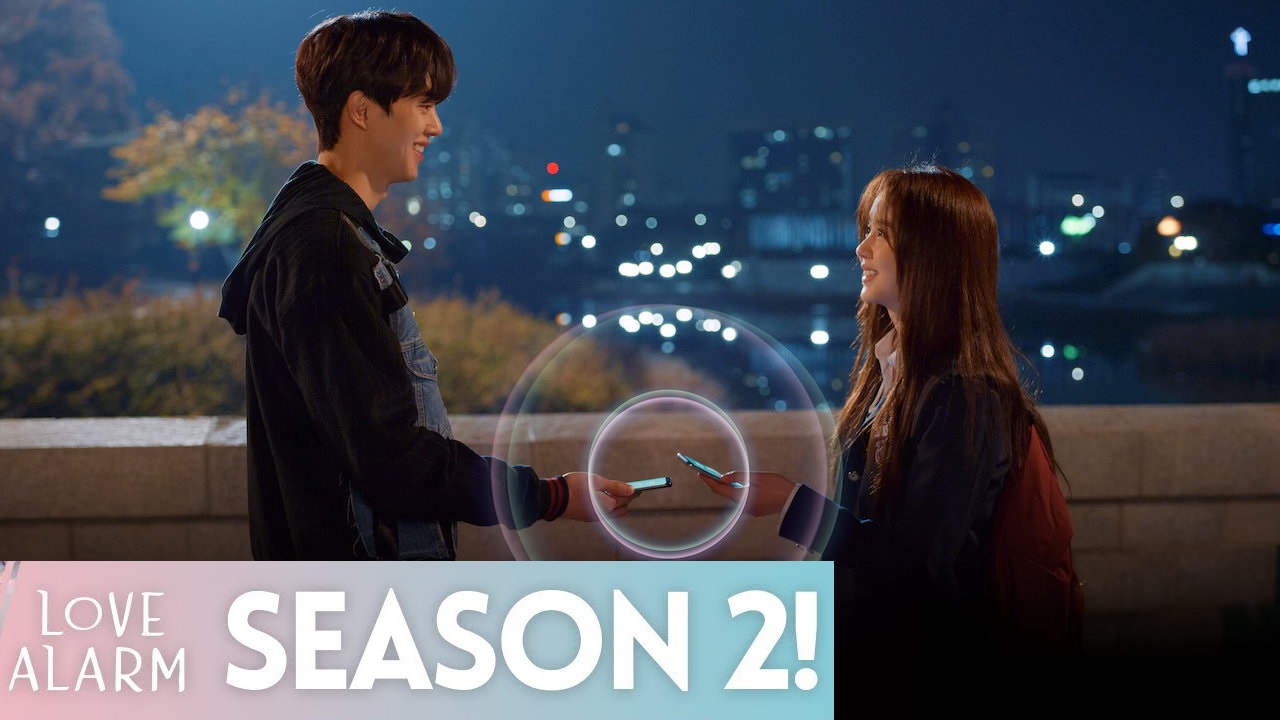 Love Alarm Season 2 release date is a live rent-free question in every K-drama watcher’s head. The first season no doubt left us on the biggest cliffhanger in K-Drama history. Your wait is over because we will let you know everything you need to know about the second season of Love Alarm.

Before that, let’s look through a brief overview of Love Alarm Season with a release in August 2019.

Love Alarm’s first season was a superhit; the impact was so significant that it turned various normies into K-Drama fans. Let’s get to know more about this great drama. But before we start, let us have a glance at its trailer –

Based on a webtoon of the same name. The story revolves around an app called Love Alarm and how it has affected the world of romance and dating. The app lets a person know if someone within their 10m radius is in love with them. The app does not reveal any specific details about the person who likes you.

The drama arises in the modern-day world where Love Alarm is already a hit among the generation. Not only do they have advertisements on the most significant bulletins in the city, but they also send extravagant messages through clouds.

Kim Jo Jo is a high school senior exempted from the Love Alarm’s madness since she is an orphan who lives with her aunt and cannot afford to get a new phone for herself. Hye Young has had a big crush on Jo Jo for a long time but does not approach her as she is already dating.

Hye Young’s best friend Sun Ho’s return to the school changes that. Watching Hey Young’s happiness while secretly admiring Jo-Jo makes him take an interest in her. While aimlessly roaming around the neighborhood, Sun Ho finds Jo-Jo, and they kiss each other, which becomes a reason for Jo Jo’s breakup.

A tragic incident with Deok So the mysterious nerdy kid happens to get Jo Jo a new phone. Jo-Jo and Sun Ho ring each other’s love alarms. Sun Ho’s public approach towards Jo Jo is very forward and real. Circumstances lead them in a bizarre situation, and Jo Jo decides to crack her Love Alarm, and it no more rings for anyone. Who is the developer of Love Alarm? is the biggest question.

This drama is more than what it seems. It’s not just about teenage romance, but it also touches on controversial aspects like bullying, body shaming, and depression. You can stream the first season of the show on Netflix.

Also Read: Sweet Home Season 2- When Will it Release? & Everything You Need to Know

Everything you need to know:

Netizens, your wait is over because the cast, through videos on their SNS and Instagram accounts, has confirmed that there will be a season 2. Most of the episodes for the 2nd season have been recorded.

Netflix and Swoonies have been teasing us with much news about the 2nd season of Love Alarm, and not one day has passed when we haven’t thought about it. We could expect a lot from season 2, not just a better storyline but also some of the best character sets.

Love Alarm Season 2 has us excited to the boot, so let’s get into some more detail.

What could happen in Love Alarm Season 2 :

Love Alarm cast, along with Netflix, has been teasing us for more than two years now. It is different this time because Netflix has confirmed that they would bring out the second season any time in May of 2021.

Where to Watch Love Alarm :

All the episodes of Love Alarm Season 1 are available to stream on Netflix.

Love Alarm is a real-life adaptation of a webtoon of the same name. The webtoon is a superhit and has been trending for years now. Moreover, the cast has managed to steal our hearts with the best acting ever. Sun Oh and Kim Jo Jo have undeniable chemistry between them, and Sun Ho’s straightforwardness toward Jo-Jo makes it all the way better. Jo Jo’s quirkiness is a total contrast to the dark past she has.

The drama has smoothly managed to show how real emotions work and that no machine could ever replace them. Every character has a story, and every character in this drama has offered a glimpse of how things work in the real world. This Drama is a must watch as it breaks stereotypes and has the best cast ever.

This will be it for today’s blog on Love Alarm Season 2, I hope it was helpful, and you enjoyed reading it.