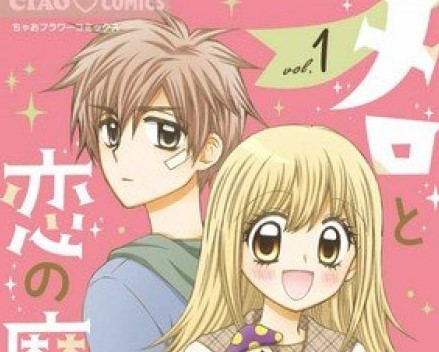 Mero to Koi no Mahou is a Japanese comedy manga also known as Mero and love magic. The manga is based on the genres comedy, supernatural, and shoujo. Shogakukan has first released the manga in May 2019. As of September, they have published three volumes of the manga. Hiromu Shinozuka has written the manga. He has previously worked on mangas like Chibi Debi and Mirumo de Pon.

The story revolves around a girl Kina Natsukawa. She is an average middle school girl. One day when Kina forgets to bring her umbrella Saionji Kun offers her one. Later she develops a crush towards him. But Saionji is known for his scary personality. Kina tries to approach Saionji in multiple ways but fails each time. Just when she was about to give up on  Saionji- Kun. Supernatural creature Mero and Murasaki appears out of her mirror. They decide to help Kina get close to her crush for a reason and the story continues. To know what happens between Kina and Saiyonji don’t forget to read the manga.

For more updates stay tuned to Spoiler Guy. You can also read What Will Happen if Naruto Actually Dies in The Boruto Series. Also, don’t forget to follow us on our social media accounts.

Millenasia “Be The Future” – AleXa, Dreamcatcher and IN2IT Spread Awareness...