Spoiler Guy
Home Release Date Will There Ever Be Metamorphosis Anime Adaptation? Here’s What You Need to... 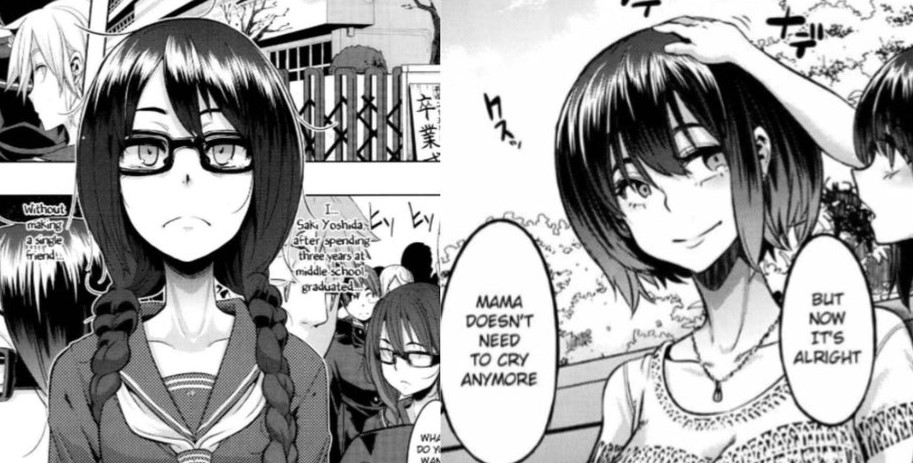 Without much thought, she pursued it. But she wasn’t prepared for it, and her first client was really not satisfied. Various things made her life turn upside down. Her parents fall apart, and Saki’s father accuses her of something she didn’t want. In the end, she is forced to leave her family. If you are wondering, it’s the worse that has happened to her. No! it still doesn’t end. To know about the end and more, stay hooked till the end.

The story revolves around a first-year high school student. She is obsessed with video games and has no social life as such. She decides to make a difference in her lifestyle. In her new school, she meets a student, Hayato. Also, he is older than Hayato. In the later part, we come to know him as a playboy. Saki meets him for the first time, and they kiss. It leads to other actions, and Saki ends up losing up her virginity.

Saki works on her looks, but people assume her to be rich and start interacting. To continue her appearance, she needs money and therefore gets involved in prostitution. Saki’s father loses his job and forces Saki to sleep with him. Later, when her mother is told about the scene, she blames Saki. Saki runs away from his home and returns to Hayato. But he himself is dissolved in debt for heroin.

Saki promises people to repay his debt and gets back to her shady business with clients. In the meantime, she gets pregnant with Hayato’s kid, but he convinced her to abort. With time she gets the taste of drugs, and instead of repaying Hayato’s debt, she gets dissolved in her own expenses. Hayato leaves Saki, and Saki again gets pregnant, but this time she is drowned with debt. Even after repeatedly convincing herself to the kid, she is beaten by the debtors. In the end, she loses the baby and pushes herself to death.

Metamorphosis has a very honest and depressing storyline. It deals with the many dark aspects which have affected a lot of teenagers. However, the manga has a lot of sexual scenes. But awareness plays a big part if it gets a future anime adaptation.

The metamorphosis anime adaptation is in demand. The anime touches all the sensitive topics which immature often ignore.

ok i want to share something, though i know not many would read this.

You can also read: Redo of Healer Uncensored: Why and Where to Watch? – Releasing Schedule Episode 1-12

The real meaning of Metamorphosis is the transformation of an immature being to an adult form. As you read through the manga, you will notice the change in the life of Saki from a high school student to prostitution and suicide.