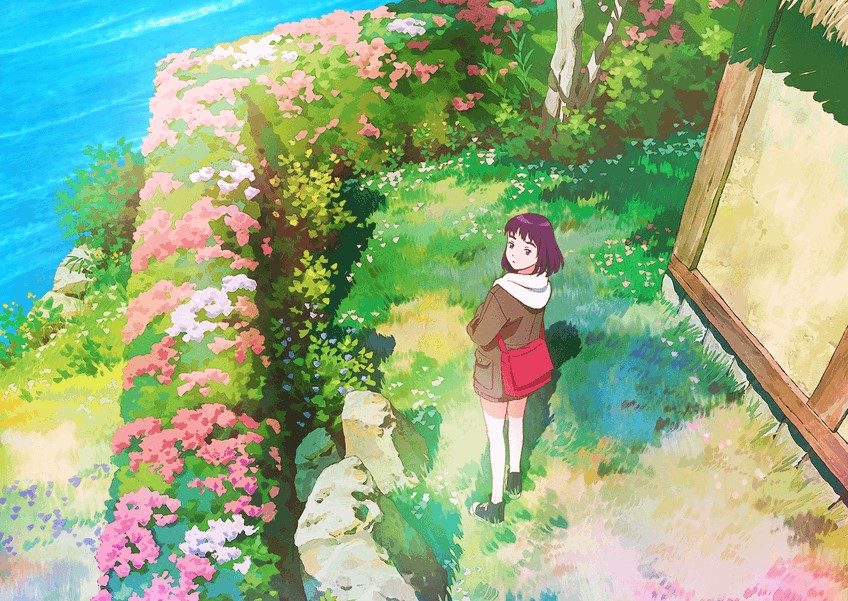 Herewith an update on the upcoming animated film. David production has revealed to release an anime film Misaki no Mayoiga in 2021. It has further revealed its key visual and teaser trailer of the upcoming movie.

Misaki no Mayoiga is the Japanese name of the film for The Abandoned House by the Cape. The anime is taken from a novel written by Sachiko Kashiwaba. Further, the anime is set to promote Iwate, Miyagi, and Fukushima. Since the anime is set in Iwate prefecture and it also joins Bakuten! and Hula Fulla Dance.

The plot of the anime follows a Japanese traditional house known as Mayoiga. Maiyoigi is referred to as a folkloric concept related to abandoned but well-kept home. The house is also said to be a place where you can see the sea or feel the warmth. The main character is a 17-year-old teen who is in search of a place for her.

Sachiko Kashiwaba has previously serialized the novel in Nippo Junior Weekly from May 2014 to July 2015. Later Kodansha had published a revised version in September 2015 with illustrations of Yukiko Saito. It is part of the three anime production released as a remembrance of the 2011 Tsunami and earthquake. Furthermore, the Misaki No Mayoiga was awarded the 54th Noma Children’s Literature award in 2016 in the section of Juvenile fiction. Kashiwaba has previously written the Chikashitru Kara no Fushigi na Tabi also known as Strange Journey From The Basement. It had inspired the wonderland film of Keiichi Hara. You can click here to visit their official website.

For more updates stay tuned to Spoiler Guy and don’t forget to follow us on our social media accounts.