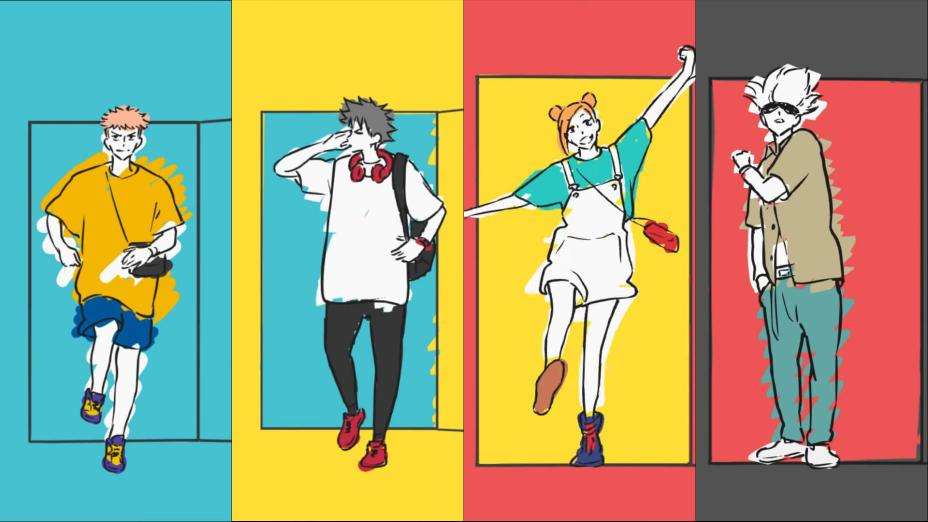 The Anime Industry is booming after the Success of series like Jujutsu Kaisen, Demon Slayer, Attack on Titans, etc. Even Anime movies are earning Billions now, so do you understand the Impact the anime is having right now?

Jujutsu Kaisen is one of the best if not the best animes released during this high time. There is something about this series that attracts its fans more and more towards it! It has strong character designs, an Interesting Storyline, and plot, Great Music, and amazing quotes from your favorite characters. You can watch the anime on Crunchyroll. The fandom also thinks the Anime will soon arrive on Netflix.

The Series is created by Gege Akutami, who was inspired by Bleach created by Tite Kubo. An Anime series gets famous mostly because of its Dialogues/Quotes and Character Designs. Jujutsu Kaisen has its own moments, here are the Most Popular Jujutsu Kaisen Quotes to Live By.

Most Popular Jujutsu Kaisen Quotes To Live By!

Happy Birthday to our most wonderful and purest boy, Yuji Itadori🎈🎂🎉 pic.twitter.com/KHpUWz0Xb7

Itadori Yuji is our cute and strong protagonist of Jujutsu Kaisen, he isn’t your typical MC who wants to achieve a goal. All Yuji wants is to protect his friends and tour around Tokyo.

“I don’t know how I’ll feel when I’m dead. But I don’t want to regret the way I lived!”

“You Really Are Dependable, Fushiguro”

“Grandpa Died with his head held high. My dying this way is not acceptable!”

“I’m into girls like Jennifer Lawrence. Nice to meet you”

Megumi Fushiguro is another student at Jujutsu Tech, he is one of the main protagonists of the series. Megumi is the first person to notice and find Yuji which leads to him joining the jujutsu tech later. He is Cold and charming which is the kinda persona of the second lead of a Shonen Anime. He is a disciple of Gojo Satoru who is the strongest sorcerer in the world.

“I didn’t say to come back for it, I said to leave it behind”

“It’s not about whether I can, I have to do it”

“Our Positions are reversed Now”

“What are you going to do when someone yu saved kills someone else in the future?”

Inumaki Toge is a second year at Jujutsu Tech in Tokyo. He was born with the most powerful seal of the Inumaki Family, which is called the “Snake and Fangs” seal. The curse works whenever Toge speaks a word, so he zips up his jacket till his mouth and has a very limited vocabulary…. i mean very limited. Everyone at Jujutsu Tech is scared of his technique.

I warned you that it’s very limited.

Gojo Sensei known as Gojo Satoru is the teacher of Itadori Yuji, Megumi, and Nobara. He is the Strongest Character in Jujutsu World, and he likes to brag about it. Gojo has become a fan favorite instantly because of godly looks and eyes which would drown a whole continent. Gojo’s Domain Expansion Infinite Void seems to be unbeatable and he is most probably untouchable. One of the Greatest character designs of modern times and definitely more than just a rip-off of Kakashi. He definitely has one of the most popular jujutsu kaisen quotes to live by.

“Searching for someone to blame is just a pain”

“It’ll be fine. I’m the Strongest there is after all”

“All m feeling now is the pleasantness of this world”

“Throughout Heavens and Earth, I Am Alone the Honored One”

“Maybe I should just kill all the higher-ups”

Wasuke Itadori is Yuji’s Grandpa who has literally taken care of him since he was a kid. Yuji loses wasuke at the very start of the series. Wasuke asks Yuji to make a promise that he will help people no matter what so he doesn’t has to die in a hospital alone like him. Wasuke Itadori had limited screen time, but he surely gave us some amazing quotes in jujutsu kaisen.

“You should use your strength to help others”

“Just help them, just do it. That way when you die, you won’t be alone”

“Yuji you are a strong kid”

“It doesn’t have to be everyone, just help the people around you, as much as you can”

Ryomen Sukuna is the Drak Shaman the “King of Curses” he serves insides the body of the protagonist Itadori Yuji. He exists within the Jujutsu World because Yuji ate one of his fingers which has his curse powers and became a vessel of Sukuna. When Sukuna speaks you listen, the king of curses surely has one of the best quotes in Jujutsu kaisen.

“Stand Proud, you are Strong”

“Don’t look up without permission”

“I’ll kill you for no particular reason”

“I’ll kill that brat before the cursed spirit can”

“Still irritatingly enough I don’t have control of this body”

“Even if the parts of me inside you die, there are eighteen other fragments of my soul”

I hope you enjoyed reading these amazing quotes from such interesting characters, if you haven’t watched jujutsu kaisen yet you should already start! It is available for now on Crunchyroll.