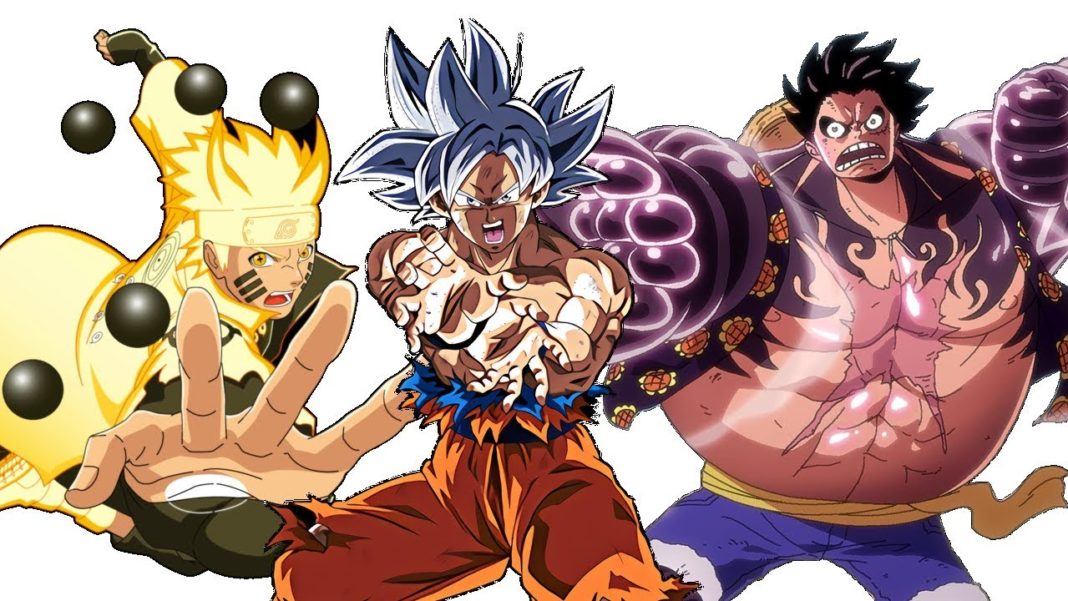 There are some most popular animes on the planet right now which you definitely need to know. Some of the titles will be iconic and some entries might even surprise you but I am sure that most of you weebs out there will agree with it. These series are probably rewatched a lot and are the best ones to recommend to others so if you have a friend who’s shy new to the anime I am pretty sure these titles will get him hooked.

Now back to the point, What really are the most popular anime of all time. Let’s find out-

This show is an absolute Blockbuster. The anime centers around the siblings – Sora and Shiro: brother and sister, two shut-in NEETs, but a game throws than in a new absurdist world, whose ambitions and adventures, leave their opponents baffled and awed at the same damn time. The Siblings are far from boring or cliche characters like many that fit that designation due to how the series presents their NEET qualities. Both brother and sister come off as legitimately fun leads, with flashy traits that resemble iconic characters from other well-known anime, novels, or games without feeling like standard self-inserts. It has 12 episodes to date, Madhouse senpai, please we need more of this and not to mention, its one of the most popular anime to watch.

There is no question that we are talking about the most popular anime series, this series is in the list- Tokyo Ghoul is a dark fantasy and seinen anime adaptation of the manga made by Ishida Sui, and the TV anime was produced by Studio Pierrot containing 12 episodes. There are also some horror elements, but they aren’t that present in the animation. Tokyo Ghoul was popular manga so when it was aired, naturally, it attracted a lot of readers. This anime relies heavily on plot and violence and if you are down for that, this one is right up your alley.

One punch man’s story is simple- The story of an average guy who’s a hero for fun. Now what makes this unique is that this show is a parody. For people new to that genre, it’s an imitation of other work. Basically what this anime does is it makes a parody out of shounen genre, where you have a male protagonist who gets beaten down, and then trains or in some other way defeats the bad guy. Here, the MC is just over-powered to the extent that he gets depressed there’s no one strong enough to challenge him. You might think that such a strong person would be revered as a God by the people.

Sadly, you’re mistaken. The people don’t even know he exists!!. This really plays a major point in the later episodes, when Saitama has to show his strength in front of the public and becomes one of the highlights of this series. This show was created to poke fun at all tropes in anime. This is a story made to enjoy, not to be taken seriously. Anyone who is open-minded will enjoy this anime to its full extent and this deserve to be in the list of most popular anime series.

Yes!, we are talking about most popular anime series- Fullmetal Alchemist: Brotherhood gets an immense amount of praise in the anime community, is the #1 ranked show and is constantly referred to as a masterpiece and the greatest show ever created. I’ve seen many fans preach about how “it lives up to the hype” and “can never receive too much praise”.

Now, this is just the opinion of one guy. I’m certainly not the law of the land or anything. However, I personally feel as though calling FMA: B a masterpiece and the champion of all shows is a bit of a stretch. That’s not to say that I didn’t enjoy it or that it isn’t a very solid addition to the ranks of notable shows; I really would like to preface this review by saying that I believe that FMA: B is a very good show and I wouldn’t be nearly as harsh on it if it weren’t for the God status the show has attained in the world. You better go catch it up if you want to enjoy a journey of 64 episodes full of twists and turns and this is one of the most popular anime series.

Yes it’s one of the most popular anime, yes it has flaws, no it’s not perfect, but at the very least, in my opinion, it is enjoyable. The pacing is off, the beginning particularly feels rushed, there were moments where I thought I skipped an episode because of the time skips which made it difficult to really connect with any of the characters in the beginning, and there were some less than stellar instances where it felt like the anime was trying to make me care but failing hard. I really felt this series shined from around episodes 4-13 and I wish they would have kept with that pace instead of rushing an ending midway and throwing something new at us. The second half just felt completely unnecessary and forced. Still considering everything the overall atmosphere and plot is really good.

The story is one of the most captivating stories I’ve ever seen. 100 years prior to the start of the anime, humanity has been on the bridge of extinction due to the monstrous humanoid Titans that devour humans. Now, present-day in the anime, the remaining small population of mankind lives confined within 3 “heavenly” walls that are so tall and sturdy that even the titans can’t a break-in. The most outward wall was named, Wall Maria, the middle wall was named Wall Rose, and the most outward wall named Wall Sina. Unfortunately for mankind, a colossal titan, one that is even bigger than the 50 meter heavenly walls, breaks Wall Maria, allowing the other titans to rampage the city, thus leading to another massacre of mankind.

During this massacre, our main characters, Eren Yeager and Mikasa Ackerman watch in horror as a horrifying titan rips their mother’s head off, then gobbles her up the whole. Vowing that he’d one day avenge mankind and exterminate all the titans, Eren Yeager trains to become a survey corp, brave heroic soldiers who go outside the walls, into the plains in order to fight the titans. But we soon find out, that Eren is much more special than he seems, not only is he a brave warrior, but he’s also something else that could be the key to humanity’s survival, but could also be humanity’s destruction. It’s in three words Epic, More Epic and Out of the World Thrilling Epic!!!!! and deserves to be in the list of most popular anime series.

Death Note is definitely one of the most popular anime series of all time, for it presents a deeply unique and compelling story rivaled by few. I can truly say it is one of the best, if not the best anime I’ve watched. The story is unique. A notebook falls from the sky, and the human who writes a name in it is capable of killing the individual pictured in his mind (I left out the details that you don’t care about). This presents the viewers with a highly debatable theme based on morals and justice.

Yagami Light, who obtains this power to kill, utilizes it in hopes of creating a utopia in which he is god. Criminals, and only criminals, are to be punished in hopes of a perfect society. Is this, however, right? Is it right to kill individuals who have done wrong, and will do wrong again? Can they be reformed? Death Note presents the viewers with questions such as these, questions which cannot be easily answered. This series challenges the viewer’s morals and for that, it deserves highly that’s one of the reason that this is in the list of most popular anime.

Who doesn’t know about Naruto! It’s arguably the best and most popular series out there standing with the other popular anime such as One Piece and Dragon Ball. It’s Easily an anime that will hook you to the story from the first episode. This series will show a really young Naruto and show his journey as he grows, the things he achieves and the people he loses. All comes to a beautiful end at last. It’s got comedy, adrenaline-filled Jutsus and crazy visuals. It first aired Oct 2002 and has almost 221 episodes to watch. This anime was later carried on with Naruto Shippuden.  They have portrayed the story really well, and if you haven’t seen Naruto what kind of a Weeb are you.

One Piece is a great anime that you can easily become obsessed with. And it’s not even a question why this series is in the list of most popular anime series! The show starts off with the Pirate King revealing the existence of One Piece. The treasure that will give its owner an unlimited amount of riches and fame. He reveals that before his execution. The anime follows Monkey D. Luffy, a teenage boy who forms his crew and travels across the Grand Line, battles strong enemies, and experiences different adventures in order to reach the greatest treasure. You will fall in love with each and every member of Luffy´s crew. All these characters are well developed and unique with their different and fun personalities. The beginning mostly spends time introducing the characters, though you will always find some action in these episodes. However, once the formed crew reaches their destination, you will dive into endless adventure!

Dragonball follows Son Goku, a young boy who lives in the woods. He has no friends and lives alone until a girl stumbles upon him. She is searching for a set of Dragon Balls, magical objects that are said to grant one wish to anyone who collects all seven of them. The girl wants to find all of them and make a wish for a good boyfriend. Goku has one dragon ball.

However, he has no desire to give it away. Expect a lot of fighting and humor! You shouldn’t expect a grand story from a fighting shounen. The fights are not ludicrously long here, so it’s not boring to watch. Actually, it’s very exciting! I have to admit that the animation and art are not the best here in comparison to modern anime. However, there’s some charm in the old art style. Dragonball is a must-watch for anyone who likes anime.

This is it for this list for most popular anime series guys, Thanks for reading this. I hope you have a great day ahead. Do make sure to follow us on our Social Media Accounts to keep up with the latest updates, news and leaks.