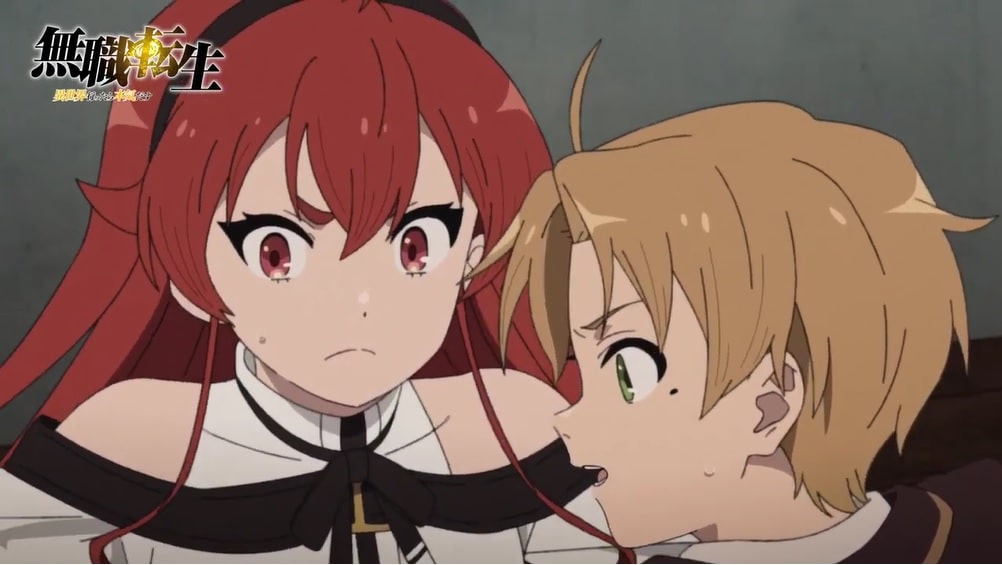 Episode 6 ends with Eris gifting Rudeus the vial that he was previously willing to purchase. Now the story continues in Mushoku Tensei Episode 7.

Jobless Reincarnation Episode 7 is titled ‘What Lies Beyond Effort.’ The episode will be adapting chapter 10 of the manga. It’s almost time everyone starts preparing for Eris’s 10th birthday. All of the family members are looking forward to it. However, this is not what Eris feels. In this episode, Eris escapes from her dance lessons, and as usual, being her tutor, he takes the responsibility to convince her to return to dance practice. As a result, she agrees, but Rudeus will have to join her.

Jobless Reincarnation anime drops a new episode every Sunday. Mushoku Tensei Episode 7 will release on 21 February 2021 at 10 AM EST. You can watch the anime online on Hulu.

The story starts when a 34-year-old shut-in dies after saving some students from a traffic accident. Now he gets Isekai’d to another world of magic as Rudeus Greyrat. With the memory of his previous lives, he gets reborn as an infant and decides to live a good life and not repeat his past mistakes. The story takes an intriguing turn when he finds himself studying under mighty warriors. There are 6 episodes on-air for the series; Mushoku Tensei Episode 7 is releasing soon. Meanwhile, have a look at its trailer:

While you wait for Mushoku Tensei: Jobless Reincarnation Episode 6 to air, make sure to read our recent Attack on Titan.