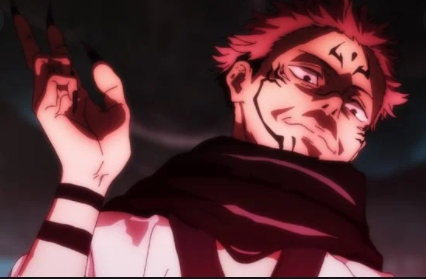 Breaking records after records, Jujutsu Kaisen bagged the Anime of the Year award at the annual summit of Crunchyroll Anime Awards. It was not much later that the Manga stocks of Jujutsu Kaisen saw a storm of sales. This Horror Action show features the story of Yuji Itadori, a high school student with supernatural reflexes.

To ensure that your daily dose of anime list stays full of action and fantasy, we have shortlisted the Top 5 anime that you must watch if you loved Jujutsu Kaisen.In a world full of cursed spirits, Itadori ingests the finger of Ryomen Sukuna, the most feared curse in ancient times. Sukuna was known for devouring countless lives with his bare hands. Later on, Yuji is recruited as a sorcerer at Kyoto Prefectural Jujutsu High School as a First year.

Episode 24 of #JUJUTSUKAISEN is now on @Crunchyroll!

People have showered an immense amount of love to this show. The first season of Jujutsu Kaisen is about to meet its dead end on 26th March 2021, marking it as one of the best shows for winters. Fans are surely going to miss this tale of sorcery.

1. The God of Highschool

MAPPA doing wonders in 2020? It isn’t something new either. God of Highschool season 1 was another anime that created a lot of fuss in 2020. Jin Mori, a 17-year old high-school student, fights the top martial artists in South Korea to make his way to the nationals of GOH. To meet his Grandfather again, Mori fights in the tournament to get his wish fulfilled as a prize.

In the last episode of GOH season 1, Mori unleashes his final form of Seiten Taisei, the Monkey King. Season 1 of God of Highschool comprises just 13 episodes, but it is worth watching for all those who love the action genre.

The whole series revolves around Gon Freecss, a 12-year-old boy who makes up his way to the hunter exam to meet his father, Ging Freecss. During his journey to the hunter exam, he makes some great friends like Kurapika, Leorio, and Killua Zoldyck.

The whole anime is divided into many arcs, with Chimera ant arc being the favorite for most viewers. Gon releases his final form by consuming his life force to defeat one of Chimera Ant King’s royal guards and avenge Kite.

Asta and Yuno were raised in a church in the boonies. While Asta was a super energetic kid with no magic skills, Yuno was well versed with magic powers. Asta’s dream of becoming the Wizard king drives Yuno with the thought of protecting his loved ones if he aims for the same.

You can also read: Black Clover: Asta and Yuno’s Past, Parents Revealed!

Tanjirou Kamado learns water breathing art of demon-slaying to annihilate Muzan Kibutsuji, the one who devoured his family and turned Nezuko into a demon. During his journey, he befriends Zenitsu, a thunder-breathing demon slayer. Season 1 of Demon Slayer ends on a note with Tanjirou, and the group is assigned a mission with Kyojuro Rengoku, a flame Hashira of the Demon Slaying academy. It is a dark-fantasy shounen anime, similar to Jujutsu Kaisen in the genre.

The viewers get to witness a lot of action, just like Jujutsu Kiasen in this series. The story of Bleach revolves around Ichigo Kurosaki, a 15-year-old high schooler who becomes a Soul Reaper. Bestowed upon by a Shinigami with supernatural powers, Ichigo starts learning more about his powers of saving souls by defeating them.

Also, many viewers believe that Jujutsu Kaisen has taken inspiration from Bleach. Just that some characters have the same vibe to anyone who starts watching the anime having watched bleach.

When someone talks about shounen and action, how come we forget about the Naruto series. It stands out of the crowd in the list of vintage anime shows. Naruto has been one of the fan-favorite shows for quite some time now. With Boruto advancing on our television screens now, it will be a tough call for the critics to choose between Naruto and its successor.

The story of this plots around a boy named Naruto Uzumaki, with Ninja-like abilities. After years of training and hard work, Naruto is back in his village and faces the old sturdy organization, Akatsuki. Unable to control the beast’s power lying inside him and with Sasuke still fumbling somewhere, Naruto will now fight to prove his worth and hard work to everyone.

You can also read: Jujutsu Kaisen Chapter 145: The Culling Game Is Progressing

The most common thing between this show and Jujutsu Kaisen is the word exorcising. The story revolves around a Kekkaishi named Sumimura Yoshimori, who cultivates the power passed onto him for exterminating demons. The protagonist and his family are responsible for protecting Karasumori high school, which is supposed to be the powerhouse for demons. With a powerful demon clan advancing to the grounds of Karasumori, will Yoshimori be able to showcase his true potential and exorcise the demons?

You can also read: Jujutsu Kaisen Movie- Release Date, and Everything You Need To Know!

Demons flighting humans and vice-versa is a pretty common thing. But a devil with a human who fights alongside humans is rare. Well, this story is about the rarest of the rarest series. Akira, the main protagonist of the series, decides to unite with the demon realm after realizing that they are about to take over humanity.

Akira is successfully transformed into a Devilman and sets outs himself to beat the pulp out of evil. Can Akira save human-hybrid demons who are just like him, with his powers? If you are looking for the answer, then you must watch this dark fantasy thriller.

It is a Japanese manga series that got its anime adaptation in the year 2019. With a total of 48 episodes, this series has been a delightful science fiction and dark fantasy series with a blend of adventure—the story plots around a young boy, Shinra Kusakabe, who is nicknamed Devil’s Footprints.

Gifted with the ability to ignite his feet on his own will, Kusakabe enrolls in the Special Fire Force Company 8 to end the series of wicked attacks. Upon realizing that a secret doomsday cult killed his mother, Kusakabe is set with new missions.

Talk about Urban Fantasy and supernatural power, Noragami surely is a good-to-go show for Otakus. This action thriller show is aired on television since 2014. With 12 episodes, the story revolves around Hiyorki who a high school student with a normal life. Hiyorki meets with a bus accident, making her soul slip from her body and lie in between a parallel world.

As the story proceeds, she learns about two different shores, the near and the far shore. Determined to get her old body back, Hiyorki meets a god named Yato. who promises to help her out.

The series is all about Kageyama Shigeo, a school-going boy who has supernatural power and abilities. Moved by his powers, Kageyama soon realizes that his powers possess a threat to others unless and until he doesn’t learn to suppress his emotions. Shigeo, with the help of other people with different abilities, gets involved in back-to-back fights.

This series is sure to get its 3rd season pretty soon. Season 1 of Mob Psycho 100 comprises 12 episodes, whereas season 2 aired with 13 episodes in the year 2019.

Beyond the boundary is another amazing anime. The main protagonist is a girl who is anemic and has a curse through which she can fight the monsters via weapons made out of her blood. She also does photo shoots as a side job to earn money and suffice her needs. Her secret admirer is girls who wear spectacles. The anime is action-packed with characters of all kinds. It is a beautiful story between Akihito and Mirai, who have different goals even with their setbacks.

It’s about a hs girl who’s the sole survivor of a clan who uses their blood as weapons. Don’t want to spoil anymore but it’s a wildddd ride -Joi pic.twitter.com/X3LjW4Zpui

The anime is similar to Jujutsu Kaisen in terms of action, characters, and many other aspects. It comes under the genre of shounen with character development and strong essence of motivation with the ending in every episode.

Many more shows are similar to Jujutsu Kaisen, but these were some of the top picks from our side. You can easily stream or download these shows from a wide range of anime websites available. We hope you like our top anime picks that you must watch if you loved Jujutsu Kaisen.