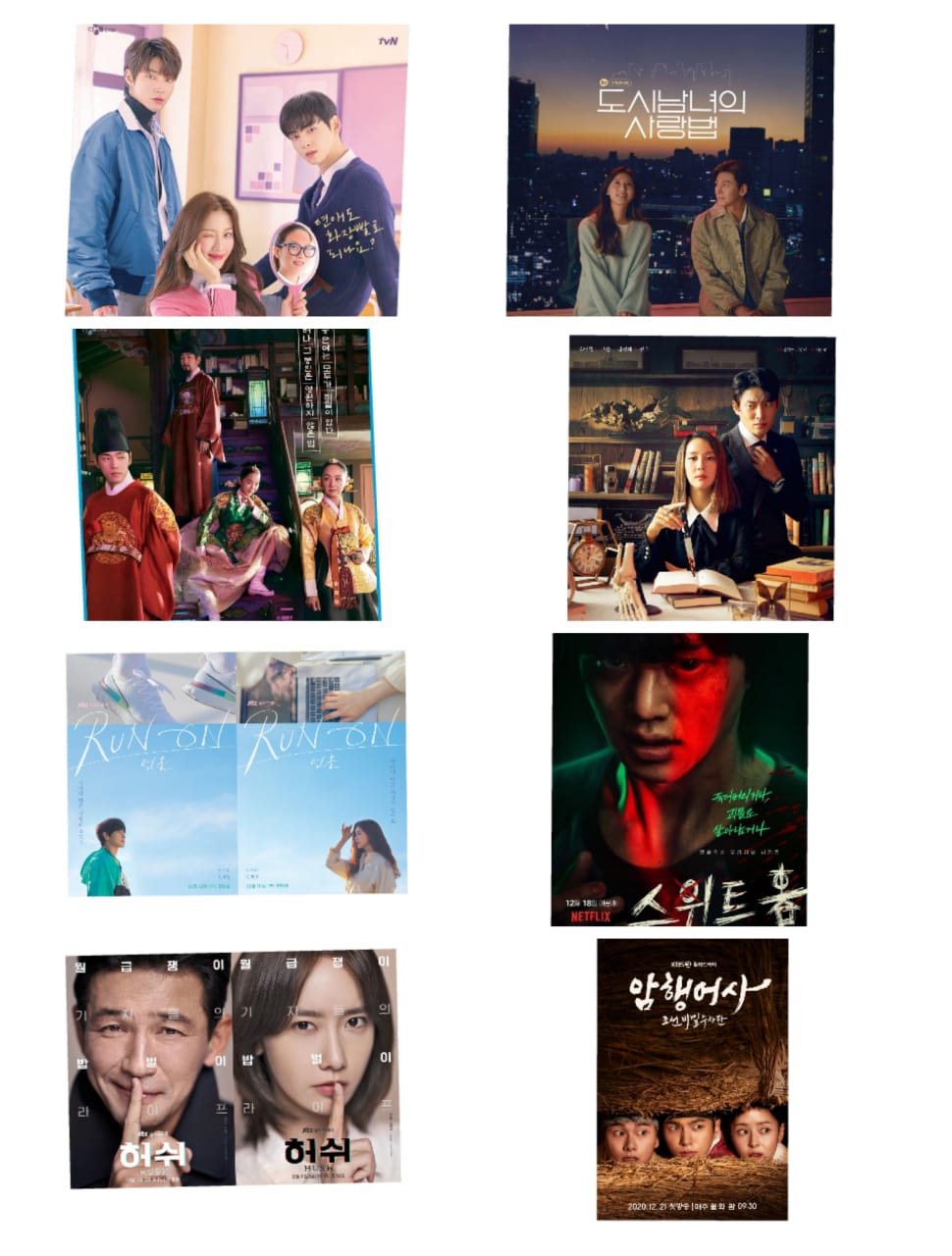 Hey Netizens, 2020 without any doubt has given us some of the best Korean dramas ever, with this year ending what more could we expect right? But keep your hopes high, because December 2020 is going to a wholesome month for all the K-Drama lovers, some of your favorite actors and idols are here to entertain you to the core! Without wasting any more of your time let’s proceed to our list of Best Upcoming K-Dramas In December 2020.

The most anticipated kdrama of 2020 in December, based on the superhit webtoon of the same name.

Lim Ju Gyeong is one of the most perfect and beautiful girls in the High School, confident in everything she does, but there is something she is not confident about, her appearance. Lim Ju Gyeong wears makeup to school and lives in a constant fear of her school mates finding out what she really looks like. Lee Suho is a transfer student to the same High School, is the only person who has seen So Kyung’s bare face outside of school but does not seem to recognize her in the school. Lee Suho is someone deep emotional scars and seems to take no interest in the kids at school, he seems more than perfect but all he wants is to be accepted for the person he really is.

This drama focuses on the darker aspects of school life, like appearance bias and bullying.

No doubt it makes to the top of our list for Must Watch K-Dramas In December 2020 !

Every K-Drama fan is looking forward to, being Ji Chang Wook’s mainstream work of this year after Backstreet Rookie. Ji Chang Wook usually does thriller with romance, but this year he’s only into sweet and honest roles.

Park Jae Won is an architect and a free-spirited, honest man. He loves to capture the beautiful streets and the life of the city in his camera. Lee Eun O is a freelancer and for a day decides to live as another person, meets Park Jae Won with another identity, behaves exactly opposite to what she really is, and falls in love with Park Jae Won and later disappears from his life.

Through this short drama, we will take a sneak peek into the daily lives and struggles of modern-day relationships and do not forget it is a must watch K-Drama in December 2020.

Release date for this drama is subjected to change.

I’m sure you suffered from second lead syndrome while watching ‘Crash Landing on You,’ Kim Jung Hyun is here is with a Historical comedy-drama, what more, he is the male lead character!

Jang Bong Hwan works as a chef at President’s blue house, in modern-day Seoul. He is a free-spirited young man, so free-spirited that one day his spirit wakes up in Queen Kim So Young’s body in the Joseon era, how will he survive in the Joseon era and an entire nation to rule on, also a husband none other than King Cheol Jong to take care of. This story follows a series of comedy and thrilling events.

Park from the Oscar-winning movie Parasite is here as the leading actress for this amazing thriller drama.

Kang Yeo Joo is a very famous Crime Novel Author; her books mostly deal with complicated murder mysteries. Ha Woo Sun is a Divorce Lawyer and gets married to Kang Yeo Joo, on the condition that if he cheats on her he dies, he is always fearful that his wife’s imaginations and plans on creating a perfect murder for her book, might become real enough and she might end up murdering someone in real.

This drama is a perfect package of thrill, crime, romance, and comedy, and a fair choice to be in our list of Must Watch K-Dramas In December 2020 !

All the Girls Generation and ZE: A fans sit tight because your idols are here portraying the main leads of this drama, and also Shin Se Kyung is our female lead, I’m sure you’ve already added it to your watch list.

Ki Sun Gyeon is a sprinter who has been removed from the National team due to some legal issues and has recently started working as a sports agent, at this venerable stage of his life he comes across Oh Mi Joo who works as a subtitle writer for movies, he starts to fall for her and Mi Joo is very sure that they were destined to be.

We will see their relationship grow, in the sports and romance drama by JTBC. Sweet romance is what we need at the end of this year, so its going to make to the list of Must Watch K-Dramas In December 2020.

Song Kang might not be back on screen with Love Alarm’s season 2, but would him being on screen fighting monsters alongside 18 again ‘s heartthrob Lee Do Hyun and Voice 2 ‘s Lee Jin Wook.

Cha Hyun Soo is an introverted and emotionally bound eighteen something boy.

He does not like to step out of his room and hardly talks to his parents. One unfortunate day he loses all of his family in a car accident and shifts to a one-room flat in a small apartment. Something weird starts happening to people which is turning them into monsters, how will he survive this and fight them off. Based on the same superhit webtoon from 2017. So it is here in our list of Must Watch K-Dramas In December 2020 !

Girl Generation’s Yoona is getting a lead role for the first time on TV screen through this drama.

Revolved around the daily lives of newspaper reporters and how they deal with daily life issues. Han Joon Hyeok is a veteran reporter, who started out as someone who wanted to bring justice but is now confused as he has to prioritize making life or should he hold on to his ideals as a reporter. Lee Ji Soo is a hardworking rookie reporter who looks up to Han Joon Hyeok who is also her idol. This is a Must Watch K-Drama of December 2020.

The cast is enough to make you drool over this drama, it’s going to be a hell of a comedy, starring Lee Yi Kyung, I know you’ve watched Welcome to Waikiki, Infinite F‘s L aka Kim Myung Soo and Itaewon Class‘s lead actress Kwon Na Ra.

Set in the late Joseon period, Sung Yi Gyeom, a Nobel’s son who ranked 1st in the state exam. He is an official in the research department, until one day he is caught gambling and as a punishment is demoted to the position of a Secret Royal Inspector. It is his duty to investigate and irradiate corrupt public officials. Patnering up with Hong Da In, a female royal inspector and Park Chun Sam, his funny and amusing servant.                                   This is a very interesting trio who will bring a great difference in the Joseon system.

So, that’s all for today’s list of Must Watch K-Dramas In December 2020 !. Hope you all have stacked up your snacks for December 2020!

Hope you guys enjoyed it, do make sure to comment on your views. Besides this, this blog is written by Spoilerguy. Make sure to follow our Instagram for exclusive anime news: @TheSpoilerGuy