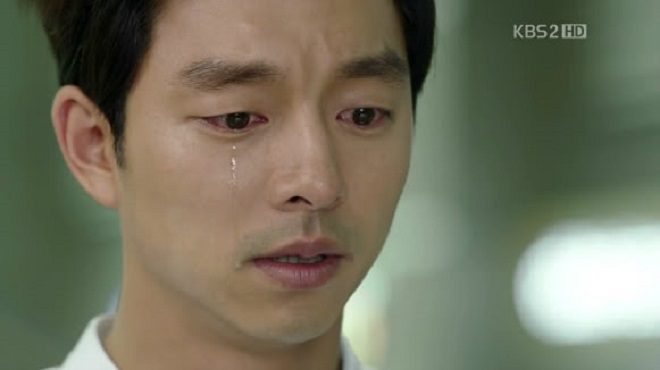 Many K drama fans want a break from the cliché happy endings. Viewers might be too upset and would like to watch something realistic or sad for a change. Therefore, we end up watching ones with heart-wrenching endings. Here is a list of Korean Dramas with gloomy ending.

Some of us don’t watch K dramas knowing that they end on a sad note. We might just click on the play option, by just liking the handsome male lead or the pretty female lead. Sometimes just by listening to the OSTs, we end up binging the entire series.

Whatever may be the reason, we end up thinking a lot about our own actions or maybe even have a change of heart. Often these K dramas with sad endings make us realize a lot of things and serves as a learning experience.

This is one of the most popular K Dramas across the globe. It is not only because of IU but the entire drama, from the start to the end is just too good. This Kdrama was released in 2016. It won seven awards in the same year. Kim kyu-tae directed this masterpiece. There are 20 episodes in it.

The Story goes on to describe how Hae Soo struggles after she gets close with the royal princes. They were forced to kill each other so that they could get the throne. This ends on a very sad note thus it is very hard to watch it without shedding a few drops of tears.

Also read: Why Love Alarm 2 is a must watch

This is one of the most underrated K dramas. Most of us might have just watched it for Seo Kang-Joon, the soft second lead of Cheese in the trap. This Kdrama is very realistic, hence does not have a fairy tale ending. It was released in 2018. It consists of 16 episodes which are 1 hour each.

This Kdrama portrays the struggles of being poor and is slightly different from what society portrays. There is romance, comedy, sadness, finding inner peace, and a lot of different aspects that are mixed perfectly. Seo Kang- Joon, Esom, Lee Yoon Ji, Yang Dong Geun, and Kim Yoon Hye make up the cast. The ending is hard to accept for most of us hence most of us even end up crying. However, if we try placing ourselves in their shoes,  we might be able to accept it and widen our perspective as well.

Watch it now on Rakuten Viki.

W was released in 2016. Jung Dae-Yoon directed this Kdrama. It consists of 16 episodes and each of them is for an hour. Lee Jong-suk and Han Hyo-Joo make up the cast. W centers on the clash between “two worlds”: the real world and an alternate universe inside a webtoon, from which the title of the television series was taken.

It is basically about the romance between Kang Chul and Yeon Joo. The two worlds represented in the series are the real world and the alternate universe inside a webtoon. Kang Chul is an intelligent boy skilled in Shooting. He won a shooting competition in the 2004 Athens Olympics. This is followed by the murder of his parents and he is accused.

He devotes his life to finding out who the real killer was. Consequently, years later he becomes a multimillionaire and starts ‘Project W’. As the story moves forwards Oh Yeon Joo enters the comic world. Although we enjoy it thoroughly, it has a sad ending that surely would make us all tear up.

Stream this on NETFLIX.

If you are in search of Kdramas with bittersweet endings, these are the right ones for you. What are you waiting for? Click on the play option and binge right away!

Best K-Dramas based on Webtoons that You Should Really Watch!