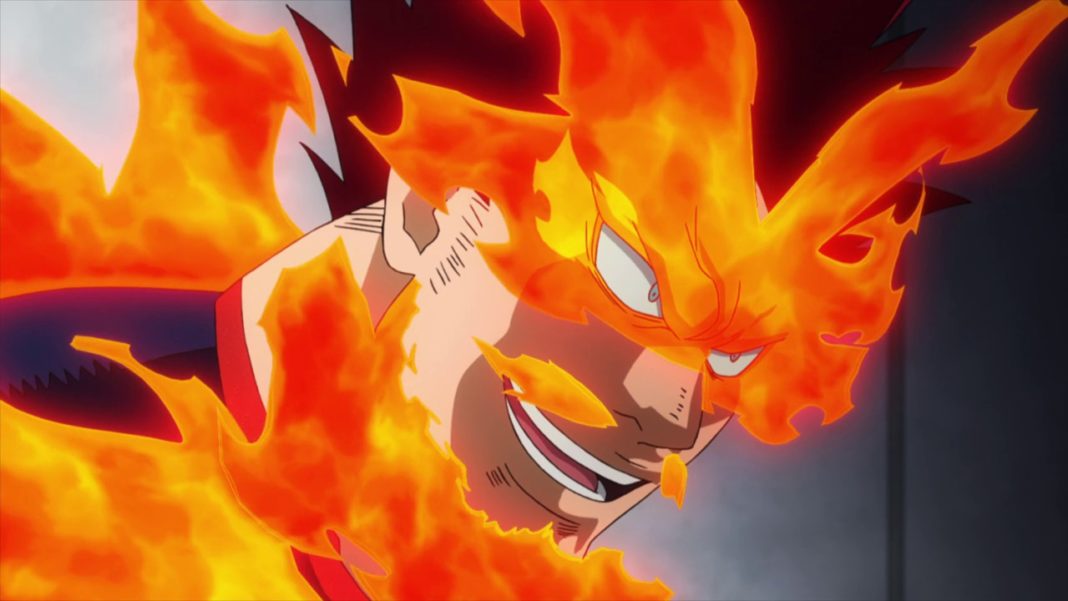 Hey Guys, In this post, we are going to be talking about My Hero Academia Chapter 268. Besides this, this post may contain spoilers. If spoilers bother you, I suggest you skip to the release date section. So, proceed with the utmost care-

Dabi vs Hawks reveals some crucial secrets. As we all know that both characters are really strong and leave some heavy impact on viewers-

Dabi- Dabi is a really strong character who possesses fire ability. Even Twice mentioned that Dabi’s fire could be hot as well as cold. This makes his quirk really complex as well as really strong. Furthermore, if we match his quirk to some other characters of the series, the most possible answer is Todorki. Anyway, Dabi revealed in BNHA chapter 267 that he doesn’t really care about Shigaraki and League of Villains. All he cares about is Hero Killer Stain’s will and ideology. This was really shocking for the hero’s as well as fans.

Hawks- Previous chapter My hero Academia took us to the flashback of Hawks where Tokoyami asked Hawks about his weakness. This is where he mentioned that he considers fire as his biggest weakness. It’s because the fire could be lethal for his wings. His wings can burn. He also reveals that he could counter the fire attack by attacking his opponent before his opponent activates fire quirk. Furthermore, Hawk’s flashback allows him to go a little deeper where he still a kid and asked that Can he be a superhero too?

Later, Dabi mentioned that he doesn’t care about Hawks’ life and attack him with fire quirk. Tokoyami’s expression says that Hawk’s is severely injured with Dabi’s attack.

The chapter ends with Mirko attacking the lab of Dr. Garaki. Although she is severely injured, it will be worth seeing how she will be able to pull off her role in the battle.

Note: We will update the article with all the spoilers, leaks and raw scans for My Hero Academia 268, including the sources to read it online. So you needn’t worry. Make sure you read the complete article for all the details-

The spoilers and leaks are basically the raw scans, that are being translated by the popular translators on the internet. But you may not worry, we will make sure to add the leaks and spoilers to the article, as soon as they’re out. You can put your opinions regarding My Hero Academia Chapter 268 in the comment section below. The important leaks and spoilers for BNHA Chapter 268 will be out on or around 10th April 2020.

Our past predictions were correct on point. We got to see some action between Dabi and Hawks as well as Dabi really share the same ideology of Hero Killer Stain. Now, let’s get going for BNHA chapter 268-

My Hero Academia Chapter 268 may reveal the above-mentioned questions.

Where to Read MHA Chapter 268?

All the chapters of Boku no Hero Academia manga are available for free on Viz Media and Mangaplus. We highly condemn the use of streaming anime or reading manga on an unofficial website. A new chapter comes out every Monday/Sunday. So, let’s what is going to happen in Boku No Hero Academia Chapter 268.

Boku no Hero Academia aka My Hero Academia is a popular Japanese manga written by Kohei Horikoshi. The manga started serializing in Weekly Shonen Jump since July 2014. As for the plot, it revolves around a boy, Izuku Midoriya who was born without a quirk in a world where most of the humans have superpowers, called quirks.  Later on, the manga got an anime adaptation. The anime covers up the story of how he became the greatest hero. As of now, the manga has aired 267 chapters. MHA Chapter 268 will be out soon.

So, what do you think of My Hero Academia Chapter 268 And what are the expectations from MHA Chapter 268? Let us know your views in the comment section.