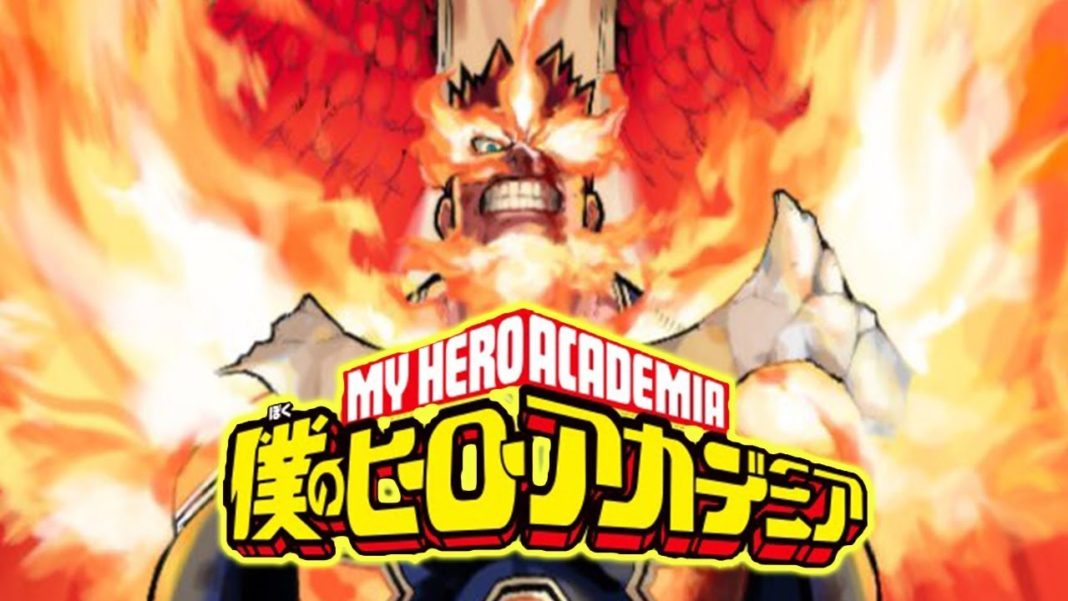 Howdy Guys, In this post, we are going to be talking about My Hero Academia Chapter 265. Besides this, this post may contain spoilers. If spoilers bother you, I suggest you skip to the release date section. So, proceed with the utmost care-

There is no doubt that BNHA manga is doing really well with the storyline. And not to forget, MHA manga is one of the most popular franchises. So, in the previous chapter-

The Heroes surround the Villains from all the sides and destroyed all the escape routes. They bust into the Underground Assembly Hall from all the entrances. In the hall, there was a huge gathering of villains led by Re-Destro. All the villains got panicked when they saw heroes are charging towards them.

Cementoss played his role on the frontline. He melts down the building so that other heroes could perform efficiently. After that, Kaminari played an important role in absorbing battle. Furthermore, Edgeshot used his most lethal attack- Thousand Sheet Pierce.

On the other hand, Hawks was inquiring with Twice. Somehow, Hawks managed to reveal the secret information regarding the villains and passed it out with the coded message. This is where twice got angry and felt betrayed.

Even Hawks said to Twice that he is a good person and he should start a new life. But twice got really disturbed and in anger, he made his clones in huge numbers. The chapter ends with Dabi interfere in the fight between Hawks and Twice.

Note: We will update the article with all the spoilers, leaks and raw scans for My Hero Academia 265, including the sources to read it online. So you needn’t worry. Make sure you read the complete article for all the details.

The spoilers and leaks are basically the raw scans, that are being translated by the popular translators on the internet. But you may not worry, we will make sure to add the leaks and spoilers to the article, as soon as they’re out. You can put your opinions regarding My Hero Academia Chapter 265 in the comment section below. The important leaks and spoilers for BNHA Chapter 265 will be out on or around 21 March 2020.

According to some theories- Dabi may attack Hawks so that Twice could escape from the battle scene. Furthermore, Re-Destro and Gigantomachia could create a lot of problems for the heroes in My Hero Academia 265. Or there might be some surprise backup attack that is planned by villains. We can also expect from BNHA chapter 265 that villains may overwhelm heroes this time.

Furthermore, we could see a great battle between the Hawks and Dabi or a battle between Dabi, Twice vs Hawks. Definitely, if the battle prediction come true, Twice gonna amazed the Hawks as well the fan base. Besides this, Dabi may use his most dominant attacks in Hawks because Hawks is no joke after all. So, we could expect a great fight between Hawks vs Twice and Dabi.

On the other hand, it’s been almost 2-3 chapters since we saw our main protagonists- Deku, Bakugou, and Todoroki. So, there are some chances that we might see our favorite characters in BNHA Chapter 265.

Where to Read MHA Chapter 265?

All the chapters of Boku no Hero Academia manga are available for free on Viz Media and Mangaplus. We highly condemn the use of streaming anime or reading manga on an unofficial website. A new chapter comes out every Monday. Here is an official tweet from the twitter account of Shonen Jump, you can refer to Shonen Jump to read My Hero Academia Chapter 265 for free online, that too on an official source.

Boku no Hero Academia aka My Hero Academia is a popular Japanese manga written by Kohei Horikoshi. The manga started serializing in Weekly Shonen Jump since July 2014. As for the plot, it revolves around a boy, Izuku Midoriya who was born without a quirk in a world where most of the humans have superpowers, called quirks.  Later on, the manga got an anime adaptation. The anime covers up the story of how he became the greatest hero. As of now, the manga has aired 264 chapters. MHA Chapter 265 will be out soon.

So, what do you think of My Hero Academia Chapter 265 And what are the expectations from MHA Chapter 265? Let us know your views in the comment section.

Detective Canon: Hannin no Hanzawa-san To Release A New Chapter