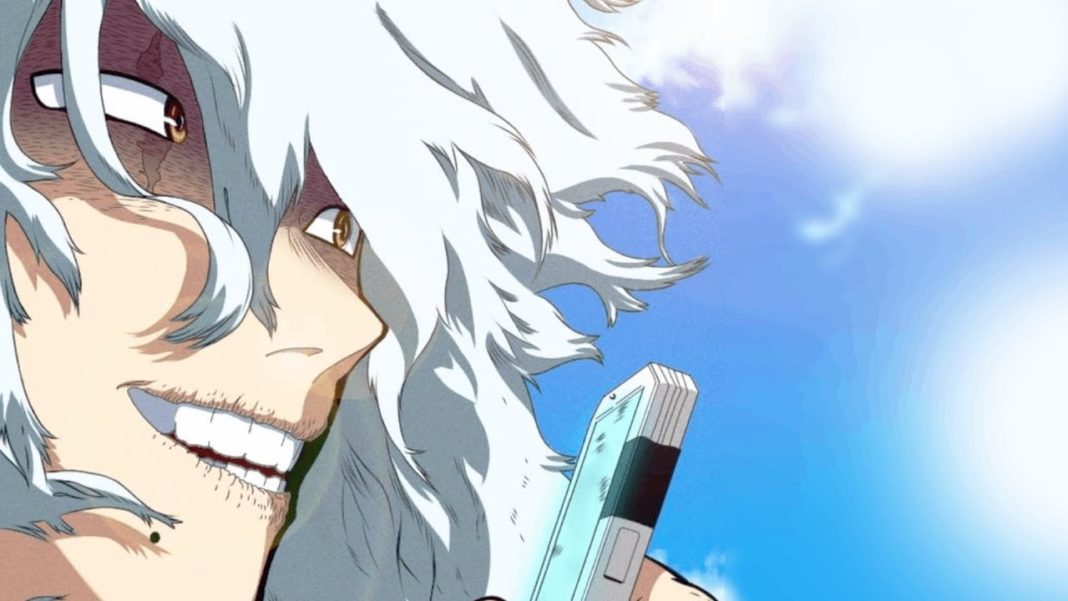 Howdy Guys, In this post we are going to be talking about Boku No My Hero Academia Chapter 274 Summary And Spoilers. Note- This post may contain spoilers of the upcoming chapter. If spoilers bother you, I suggest you stop here or click here for release date My Hero Academia 274. Now, let’s get started-

Boku No My Hero Academia Chapter 274 Summary And Spoilers

Endeavor continues to think, “Without much combat and as quickly as possible, as he rears up to do a Jetburn attack. Shigaraki then lunges toward Endeavor’s face with his hand and swipes but misses as Endeavor aborts his attack and dodges backward in the air. Endeavor is surprised that Shigaraki is able to move so nimbly after being a blast. by his previous “Hell’s Curtain” attack, thinking to himself, °To be able to move after experiencing such a hot temperature…”

It’s at this moment Endeavor realizes that Shigaraki must have °Regeneration° capabilities. Endeavor changes tactics and, instead of flying to meet Shigaraki head-on, propels himself up into the air behind Shigaraki and attempts to punch him down into the ground.
Endeavor accesses his comms to update the others. He says, “This is Endeavor!! Shigaraki is fighting at the site of the hospital. Those who can move without touching the ground will soon need to fight back- and is cut off when Shigaraki reaches out of Endeavor’s hold to grab Endeavor’s arm. Endeavor sees Shigaraki about to grab him and stops Shigaraki by grabbing his a. at the wrist.

He says to himself, °Touch, basically reminding himself not to let Shigaraki lay a hand on him or else. Then, with Shigaraki’s wrist secured, Endeavor is caught off guard when Shigaraki summons up the power to blast Endeavor away. Endeavor is sent far from Shigaraki and is pushed away with so much force that he bounces off of the ground below.
Shigaraki stands up among the rubble, saying, °The teacher [All For One] was saving t’s just a feeling, my instinct is all-powerful…” Here, Shigaraki is referring to the blast he summoned to push Endeavor away, as he did it in a spur of the moment. The voice comes back into Shigaraki’s head, discussing the power. takes four months to manifest and the hell that comes along with it. Shigaraki appears to silently grab a few of the good quirk-suppressant bullet. that were not destroyed. and sneak them into his pocket.

We then see that the two fingers that Shigaraki had lost to Re-Destro have recently grown back when he moves one of his undamaged family hands. He then seems to feel off and looks a bit odd in appearance, as he says -Mat’s going on? This is unsatisfactory…” In Shigaraki’s intrusive musings, a voice says, “All for One. Out of all the powers I obtained, there was a force. an unexpected force, that I could not wield. One… For-, But, this intrusive thought is suddenly cut off when Shigaraki takes control of his own thoughts. He’s noticing a difference in himself, saying, ‘Something in me drives me forward, saying I have to obtain it.’

Endeavor gets back on his feet and goes to meet Shigaraki. They’re about to blast each other as Shigaraki yells out loud. “One For All!” in a continuation of his previous thoughts. Endeavor questions him aloud: “One For All…?”

The scene then transitions back to the students and Burnin. Apparently, Endeavor said this over the comm system, as Burnin questions “Oh? One for what? Eh. let’s go assist!” Deku stands behind him, frozen in shock.

There is then a side-by-side panel with Shigaraki and Deku. Shigaraki says, -There,’ as he envisions Deku’s face. He then says, “Oh, right.” This is implying that he remembers Deku as All Might’s successor and the wielder of One For All, which he has an urge to obtain.
The scene transitions to the Pussycat’s headquarters, with Ragdoll sitting at her desk. She says to herself, I’m upset. If I had -Search” [her stolen quirk]. then I could help everyone…”

It then shows the students and Burnin’s crew helping evacuate the citizens. They, saying that they can escape with the rest of the ground heroes, who cannot stay around due to Shigaraki’s decay quirk, and that they can follow the police to safety.
Endeavor yells over the comms, -We’re [himself and Shigaraki] are heading toward the evacuation destination! Whatever evacuation zone you’ve had pre-established, expand it! Make it many times bigger than the previous order.

We then see Deku, standing in silence as people discuss plans of action for later. The heroes around him discuss their fear of the next “wave’ of decay, saying they won’t last if they’re hit with another one. Other heroes are discussing who will stay with the students and protect them but are unsure of what to do in this crisis.

Deku then turns and runs back into the fray, but Bakugo is not far behind him. He promises that they will both protect It,” probably inferring One For All. Deku responds by saying, “the safety of the people in this city should be our top priority.’ Bakugo responds by saying I can’t just sit still,” ash d Deku blast into the sky away from Todoroki, Uraraka, and the other students.

Deku is worried about capturing Shigaraki due to his newfound powerup and is attempting to think of any other, abstract means to capture him. He then realizes that Shigaraki is nearby, and wants to lead him to a deserted area. Bakugo yells. I’ll give it my As Deku finishes the chapter by saying, Please believe in us!!!