My Hero Academia, or also known as Boku no Hero Academia has been all over the anime news lately. With the latest chapter, #273 out, you can read the detailed analysis here. All of the fans must be wondering that How will My hero Academia ends? BnHA is doing pretty good storywise, with a solid plot and an awesome character development, both for our heroes and villains alike. Kohei Horikoshi is mangaka for BnHA has made this series a worldwide hit with fans all over the world.

When the series initially started to become popular worldwide, Kohei stated in 2016 that the plot is about 20% done, and by next year he had some ideas about how he’s going to wrap up the story. In the Movie Heroes Rising, he put some of those ideals in work to test out a few things. Horikoshi decided that the story will end with the 30th Volume which was supposed to come out during December 2020 which will most probably get delayed due to Coronavirus Pandemic.

Even Demon Slayer Manga came to an end which was also a fan favorite. Read more about it here. Demon slayer gave us quite a happy ending, but i don’t think that will be the case with My Hero Academia. 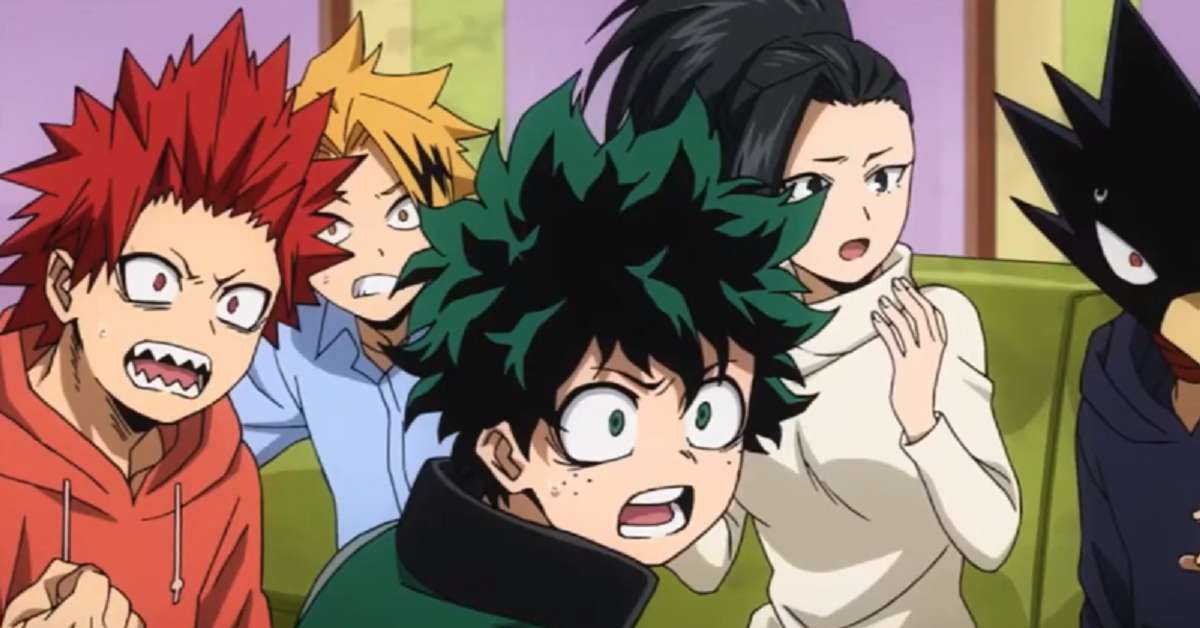 My Theory on My Hero Academia Ending

Right off the bat, I would like to say that the ending for My Hero Academia won’t be a Bad one nor a Happy one. I think it will proceed to a bittersweet ending. I hope most of you are familiar with a show named Charlotte. It’s an anime with 13 episodes the last one being released as an OVA. It might not be really popular as other anime such as Attack on Titan or BnHA but the story and the animation are really good. The characters in the show have powers that are similar to quirks.

What Happens in Charlotte?

Our Main Character in Charlotte is Yuu Otosaka. He’s a rather charming and intelligent for the main character, his ability(quirk) is to possess someone for 5 seconds. Later in the show, it’s revealed that whenever he possess any other ability user he can steal their abilities too. The ending for Charlotte was pretty rushed but it’s worth a mention. So basically what happens is Yuu’s friend, Takehito gets kidnapped by the terrorists and is killed when Yuu tries to rescue him.

What will be the Relation between Charlotte and BNHA?

My hero academia can also end in a similar way Because BnHA has all the requirements to pull this kind of ending. After the last Great Clash between Deku and I would guess the possessor of One For All Quirk. One for All is pretty similar to Yuu’s abilities as it can steal abilities or quirks in this case from its users.

Now for the most intersecting part, way back in time before the events of the show and the manga. When One for All and All for One clashed for the first time and both the brothers fought, All for One was in a different league of its own, maybe due to that All for One decides to give a small portion of All for one To his brother to make the fight more interesting for him. And as the small brother passes One for All to the next user, All for one is also passed within him. As One for All’s original quirk was Stockpiling, where he could pass energy to others, not the quirk itself but with All for One’s power which he gave away, it allowed One For All users to also pass on their quirk to their successors.

I think in the Ultimate battle, Deku might figure out how to use this hidden power along with all the other quirks within him, he might be able to defeat Shigaraki. As quirks are on a biological level and if you are holding and using multiple quirks your body needs to be adaptable to use them or even hold them. That’s why Nomu’s lost their mind and thinking because they were forcefully injected with multiple quirks. All for one had an adaptable body. It’s possible for Deku to have a similar body to, maybe he was quirk less because his quirk maybe suppresses all the other quirks, or he can hold multiple quirks within him.

Somehow the battle might affect Deku greatly, making him think that he’s responsible for all the Death and Destruction caused by their fight. He then goes on to fully unlock his hidden All for One Quirk and decides that there will only be true peace if the world returns to normal, which is when all the quirks are destroyed. Maybe he will go in the Villain path and steal all the quirks forcefully as he by then believe that the world is evil and it can only be cured to take the source, the Quirks away.

Logically speaking it’s going to be very difficult to steal everyone’s quirk and store in within himself, but it’s Deku he can pretty much do anything now after harnessing all the power within himself. So that’s all for my Theory guys. I hope you liked and let me know in the comments what do you think about this. Is This kind of ending truly possible? Let me Know.

Well, this is if for the Theory on Ending of My Hero Academia. Also, read Chainsaw Man Chapter 92 Release Date and More. Be sure to follow us on Facebook, Twitter, and Instagram for more interesting and the latest updates about anime.