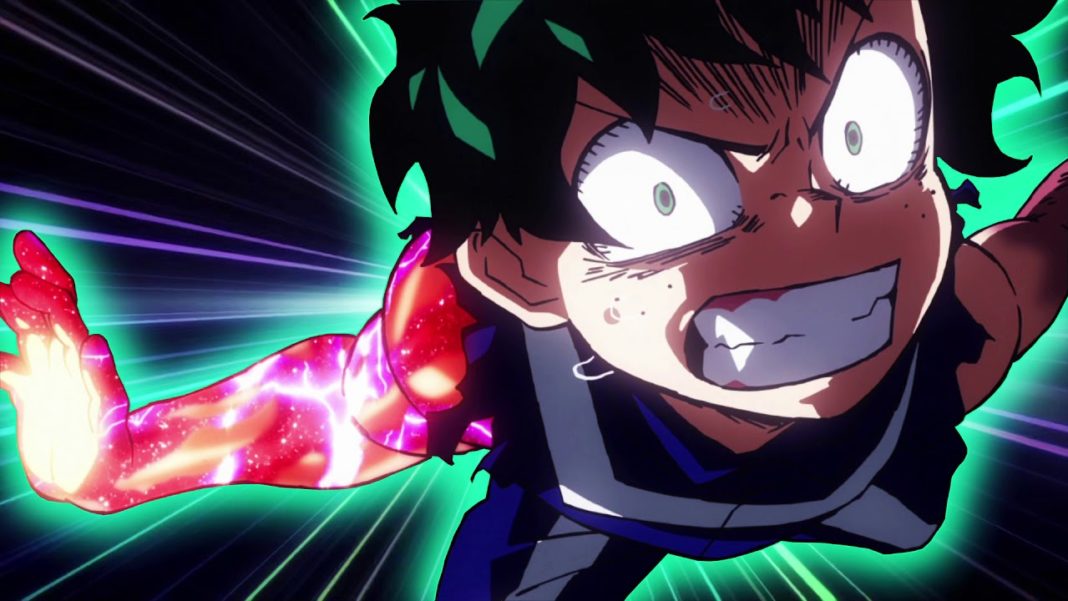 The release date for the anime is March 27.

With 4 seasons on the air, Boku no Hero Academia is going places. The previous seasons ends at a cliffhanger in Deku’s dreams. And, fans are as eager as ever to find out more about the vision he had. While some think that it’s an introduction to a new villain, while others believe that it is a secret power of Midoriya Izuku.

NEWS: Class 1-B Suits Up in Latest My Hero Academia Season 5 Art 👊🏼

Overall, the previous season did build up a lot for Boku no Hero Academia Season 5. And, I personally believe that the new season is going to reveal a lot more of UA’s potential. So, without any more delays – Let’s start with the most important thing,

A recent tweet by the Anime page on Twitter has confirmed a Season 5 is coming. This was following a mini teaser at the end of Season 4.

As the tweet is Japanese, we will provide a translation. It says “The fifth season of Hero Academia is coming Season 5th. Production Decision! New Visuals are also lifted!”

As we don’t have an exact release date yet, therefore considering the release patterns from before we can speculate that when it might be coming? As this a hugely popular anime and the big movie, Boku no hero Academia Two Heroes is also done. So we can expect better animation than before as it was pretty lackluster in Season 4. Shounen Jump #19 confirmed that the anime is in mid-production.

My Hero Academia Season 5 has officially been confirmed in Issue #19! pic.twitter.com/MEQNbEEGTB

The first season premiered in April 2016. The second Season also April 2017 and the Third Season even April 2018. But there was a slight change in the release for Season 4 which was October 2019. As per our speculations and all other popular sources on the internet. My Hero Academia Season 5 will Air around Summer 2021. There are chances of the show getting delayed due to the COVID-19 coronavirus pandemic. However, no official announcement regarding the same has been made.

When Will Boku no Hero Academia Season 5 air?

The anime continuation for season 4, i.e, My Hero Academia Season 5 will be out in April 2021 to July 2021. You can keep up with the live updates on our Twitter – @guy_spoiler. You can expect delays in the airing schedule due to the COVID-19.

Where to Watch My Hero Academia Season 5?

You can watch all the previous episodes for this series online officially on FUNimation and Crunchyroll. As for the 5th season, if there are no significant changes in its production, my Hero Academia anime’ 5th season will be available.

Currently, only a small Teaser is Release by the animation Studio. We will update the viewers with the Trailer as soon as it comes out.

This Teaser hints us that Deku will finally be able to use more than one Quirk as he says a new power is Awakening. What exactly is this new power? Will Deku be able to control One for All in this season? Will Lemilion get his quirk back? All your questions will definitely get answered in BNHA Season 5.

Izuku Midoriya is our Quirkless Protagonist, who after showing bravery that even most heroes possessing quirks can’t. Therefore All Might, the number 1 Hero acknowledges him and makes him his Disciple. And he was passing him His Quirk which he received from his master before him. With a powerful quirk but not a body to use it, Deku must train and become the new Symbol of Peace as All Might’s Health is declining.

Season 4 featured Eri Rescue arc, where we could see Deku in his badass 100% One For All from. He successfully rescued her, but a lot of people are injured. Nighteye succumbs to his injuries and Lemillion is left quirkless. His only hope to get his quirks back is through Eri, if she learns to control her quirk. Then it won’t be as hard for Lemilion to get his quirk back.

This follows Deku battling La Brava and Gentle, where he realized that he is stuck in a slump and find out his own path to become a hero. We also saw a performance where Students from Class 1-A. It was truly mesmerizing. You can watch the video here.

The Finale for season 4 was a Banger. Endeavor, the number 2 hero steps up. In his battle with Nomu, we could see him giving his Plus Ultra and aiming to become a Symbol of Peace in his own way. After that fight, he truly succeeds All Might as the Symbol of Peace.

That brings us to My hero Academia Season 5. Let me tell you, this season will be quite unique. The first arc the show will deal with is the ‘Joint Training Arc‘. In this Class, 1-A will be pitted against Class 1-B. This is done to train them and hone their skills. The next arc will be the ‘Meta Liberation Army Arc’ Where the Villains take the Spotlight. Thus, My Hero Academia Season 5 becomes the My Villain Academia.

This is all for Boku no Hero Academia Season 5 folks. Be sure to follow us on socials and stay tuned. We will update the page with new information as soon as it is released. You can watch the show On Netflix. We highly condemn the use of watching anime on an unofficial website. You can read more about Anime Streaming websites here.

Have a great day ahead.

Boku no Hero Academia aka My Hero Academia is a popular Japanese manga written by Kohei Horikoshi. The manga started serializing in Weekly Shonen Jump since July 2014. The plot revolves around a boy, Izuku Midoriya, born without a quirk in a world where most humans have superpowers, called quirks.  Later on, the manga got an anime adaptation. The anime covers up the story of how he became the greatest hero. As of now, the show has 4 seasons. My Hero Academia Season 5 will be out soon.

My Hero Academia Season 5 Announces its Premiere Date in March