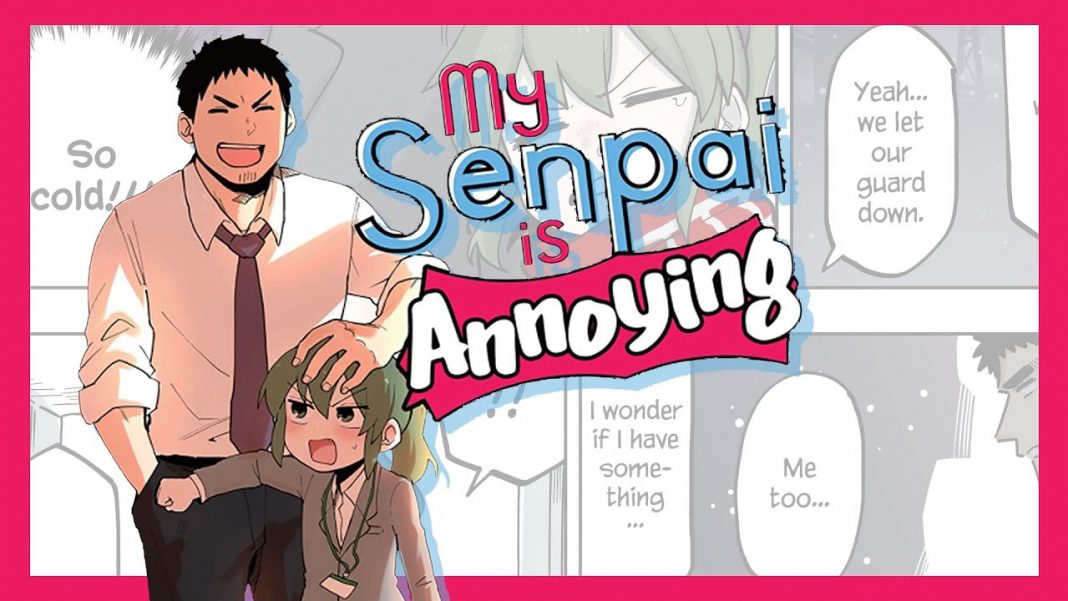 Interested in romantic comedy mangas? This one is for you. The official Twitter account of My Senpai Is Annoying, also known as Senpai ga Uzai Kōhai no Hanashi, a popular web manga created by Shiro Manata, has revealed a new teaser visual and staff listing for the upcoming anime adaptation of the manga.

The manga has earned its license in North America with the help of Seven Sea Entertainment. The serialization of the manga began in 2017 via Ichijinsha’s comic pool web magazine.

.  Jiko Abe as the character designer

.  Doga Kobo is an animation producer.

The manga has been published in English with the storyline as :

Igarashi Futaba is a diminutive yet charming office worker mistaken for being a child now and then. She is a hardworking lady who has a Senpai “Takeda.” Here we see the juices of love blending, and like the typical cliché love stories, she gets annoyed by her senpai yet grows closer to him with each day passing. The manga beautifully displays the balance of Work and Love the lady is trying to maintain with a lot of comedy going on simultaneously. Workplace romance has always been a hit. This anime adaptation is sure to take it to the next level.

Any further news would be shared ASAP. Stay tuned.