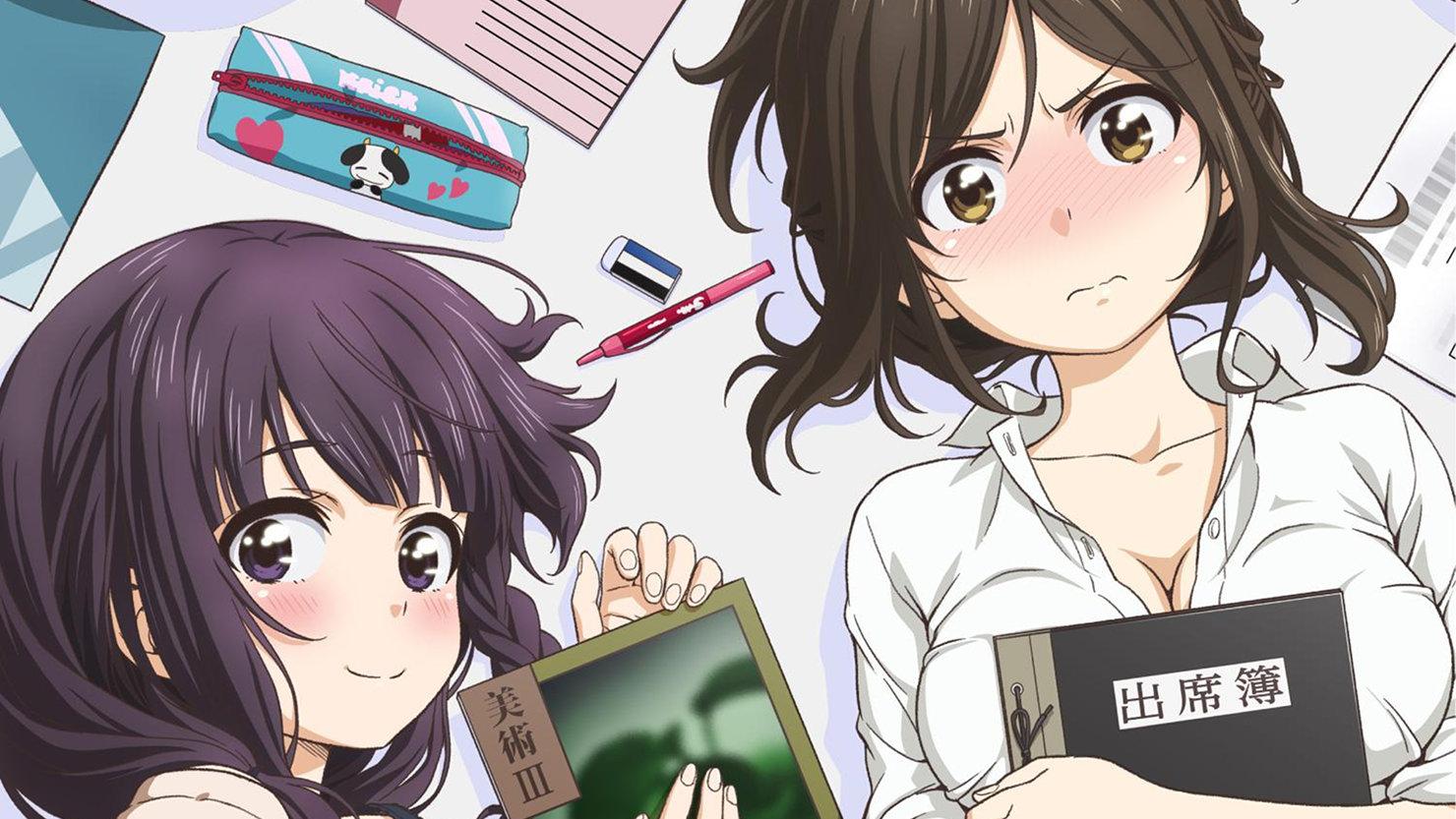 Ever since the anime production released its final OVA (episode 13) in 2019, they have remained silent. News regarding Nande Koko ni Sensei ga Season 2 hasn’t been released yet. All official sources are silent on the topic and haven’t revealed anything to the public. This might mean that there is not going to be a Nande Koko ni Sensei ga Season 2.

So far it is uncertain if the anime will get a sequel. The are multiple fan theories and fake news circulating amongst fans on Nande Koko ni Sensei ga Season 2. Yet no information has been released on the matter from the production and network officials.

Also, Read Top 7 lewd anime for the perv inside you 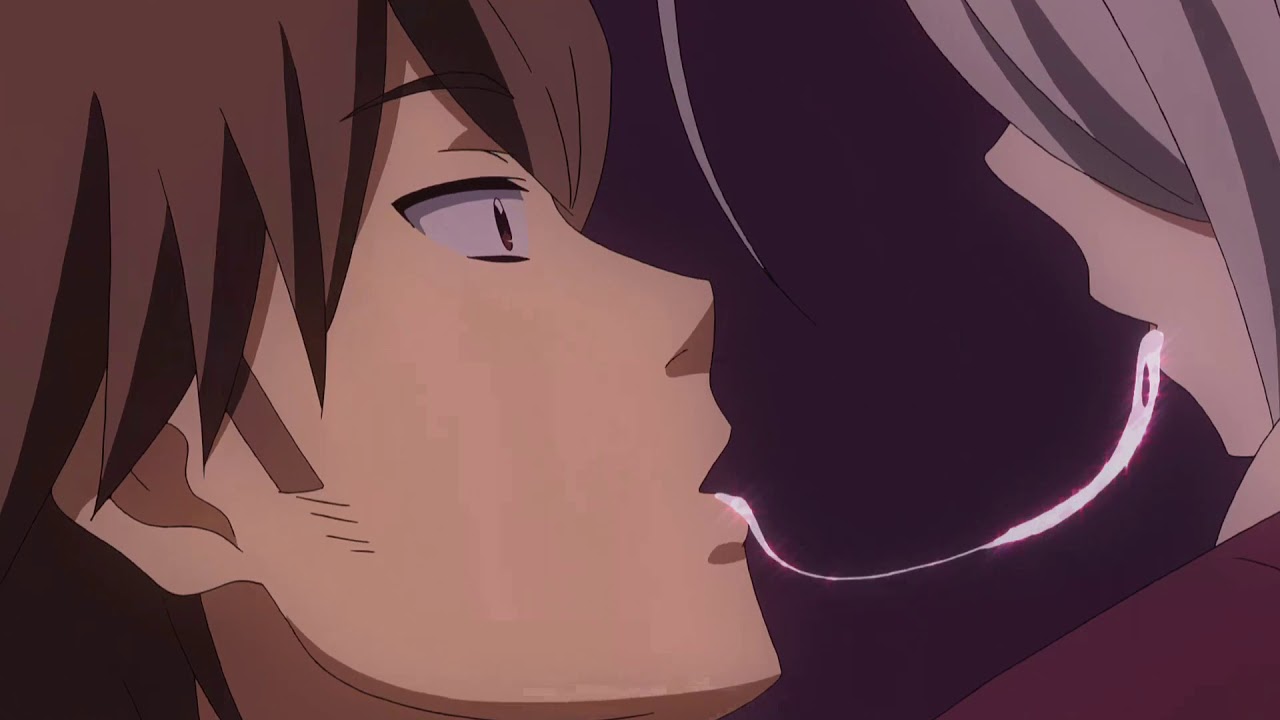 Season 1 ended with an OVA where everyone goes on a trip as couples. The entire OVA was eye candy. The mutual subtle romantic feelings and overflowing sex comedy were on point. Undeniably one of the best animes to feel extremely content after finishing the anime. 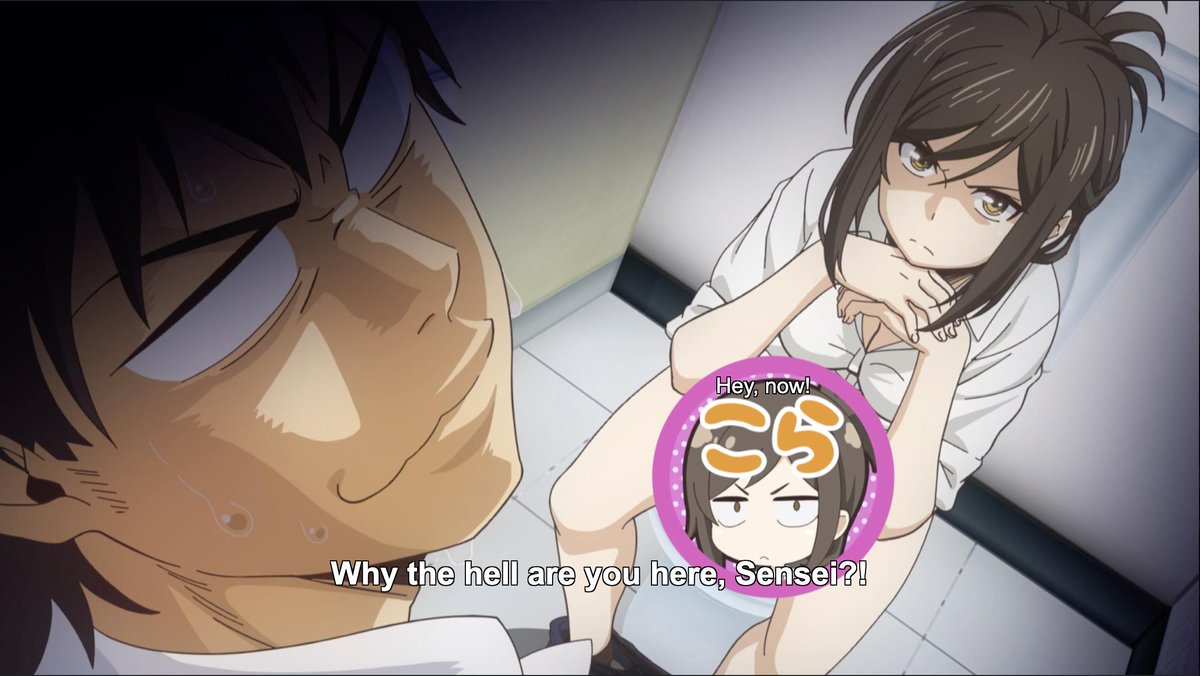 The possible plot for Nande Koko ni Sensei ga Season 2 will include the dating lifestyle between all 4 couples. A slight increase in sex comedy can be expected due to them possibly graduating highschool. The romance will also be comparatively more because now all the couples are in a mutual relationship. As for the incidents that defy the laws of physics, there clearly won’t be a shortage of those.

Have you Read Top-rated ecchi anime so far

Sato Ichiro is a 3rd-year high school student who accidentally meets his teacher( Kana Kojima) in the men’s washroom. Sato’s mother is very much known to his teacher and often tells her to marry Sato.

Kana Kojima later finds out that he was the reason she had actually become a teacher, it was due to a childhood incident. After numerous accidental sexual encounters, they eventually fall in love and start dating. They are the best couple in the entire series due to the weird situations they get into and their methods of handling them.

Takashi Takahashi and Hikari Hazakura are student and teacher in a high school. They both are childhood friends who always looked after each other. A small romance is sparked between the two of then after an incident that induces jealousy. They both end up together after a couple of comedic sexual accidents involving nudity.

Although the age and height difference may be a bit distracting, the overall bond they share is very nice to see. Afterall a fit, goofy, and beautiful girl is almost every high school boy’s dream. 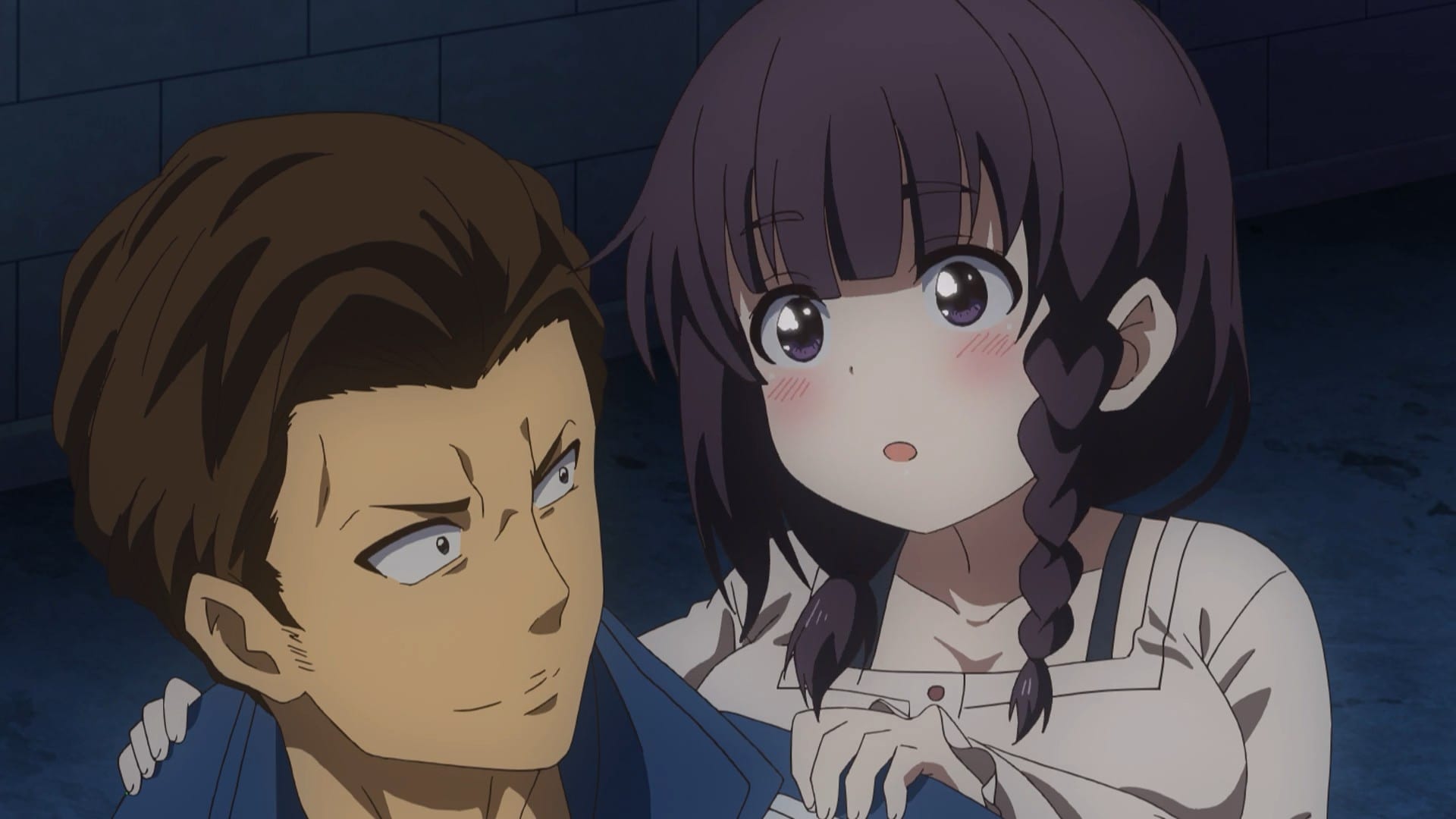 Mayu Matsukaze and Rin Suzuki are teacher and student as well. They first meet during a lunch break where Suzuki was eating alone. Mayu has always had a crush on Suzuki and silently admires him due to an incident that took place in her past. Suzaku had carried Mayu to her teacher interview which she was late for, that was when everything started.

They are an extremely cute couple with decent morals but extremely indecent sexual encounters also termed as accidents in a few cases. They later start dating as a couple ensuring a happy ending. 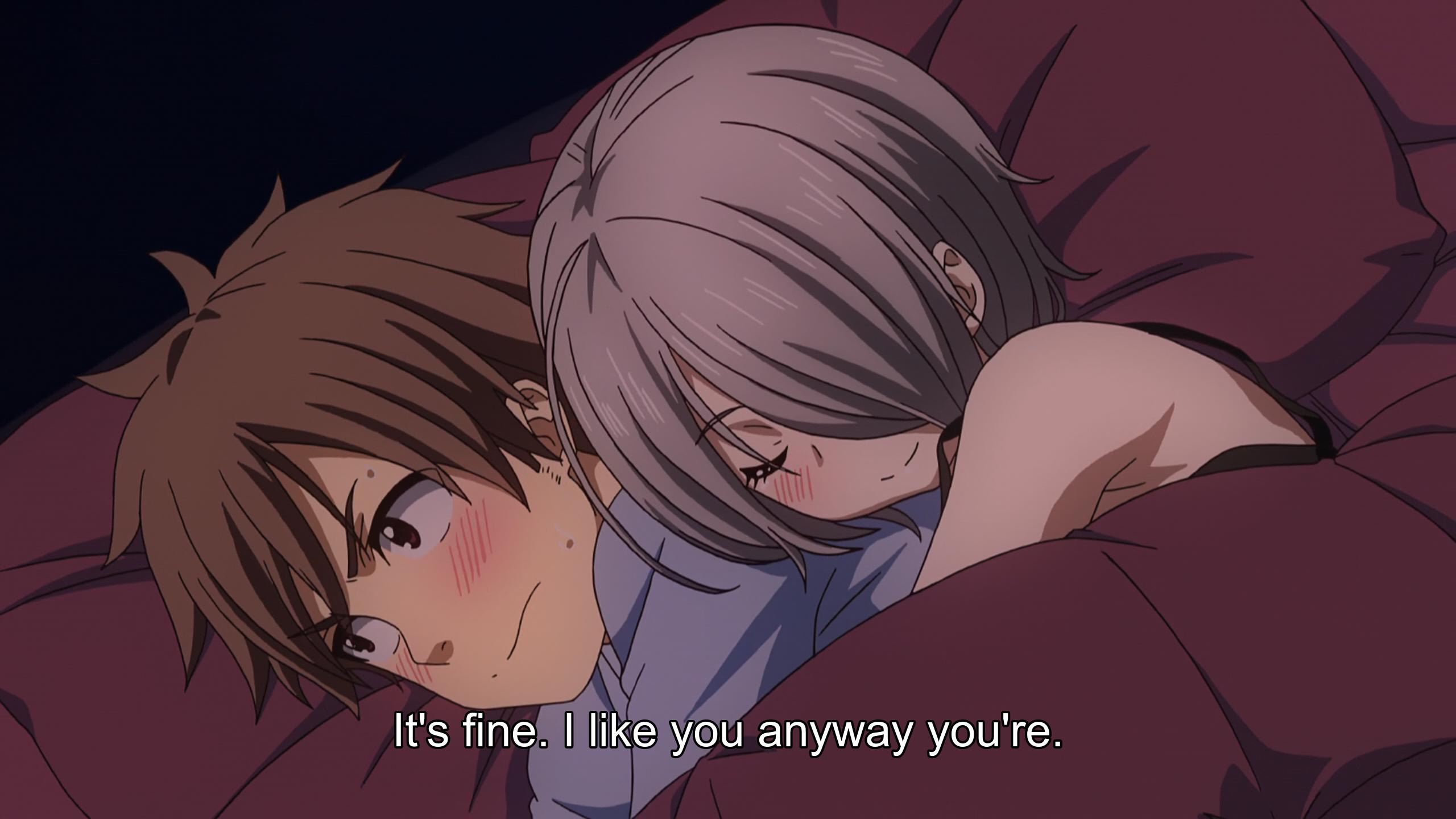 Chizuru Tachibana and Ko Tanaka are teacher and student as the other couples. They meet when Tanaka spills liquid all over Chizuru. Tanaka immediately figures out that Chizuru is completely emotionless and childlike. Over a period of time as they keep meeting accidentally a slight spark is ignited.

After Tanaka confesses his love Chizuru rejects him. But later surprises him by saying that she was waiting for him to graduate. this cute yet emotion deprived couple are adorable to watch.

Must Read: Why Ishuzoku Interspecies Reviewers is a must watch

Nande Koko ni Sensei ga!? is a completely unique anime. It has sex comedy and romance with a considerably decent plot. The sexual incidents that take place are completely accidental that defy the laws of physics. The animation is spectacular with amazing amounts of lewdness to satisfy pervs.

The anime revolves around four young students who somehow have influenced their teachers to be better in their past or present. This leads to the teachers crushing on their students and ultimately falling in love with them. Although the plot might seem like that of a rom-com, the sex comedy overpowers the plot. The anime also has an uncensored version which can be streamed on unofficial sites.