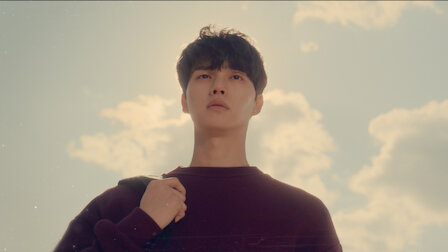 Bringing together the art of ballet with a touching story woven between an old man and a youngster. Netflix picks up another great Kdrama based on a webtoon of the same name. Viewers all around the globe are now waiting for Navillera episode 3 to release.

This time though with a moving theme. A story of growth and development, moving above and beyond regrets. We follow an old man who never got to try what he loved vs a kid who is bound to the chains of his past unable to live in the present.

Navillera follows Deok-Chul and Chae-Rok on an uplifting journey towards their dreams with the help of ballet. Started airing on 22nd March 2021 and is scheduled to have 12 episodes in all.

2 episodes down, a lot of expectations from this phenomenal cast and heartwarming think. Let us now have a look at what to expect from episode 3.

Deok-Chul is a retired mailman with a passion for ballet. Unfortunately, this passion of his was never realized and he regrets not being able to live his dream. In contrast, Chae-Rok is a youngster who loves ballet equally but is unable to realize his full potential.

The similarity you ask? Both have regrets from the past, for one it was never being able to try for the other a messed up family. Yet the passion they hold for ballet is immense. On one hand, even with an injury, Chaek continues to work hard, Deok on the other decides to go for it!

Chaek’s life, from his mother’s death to his dad being in the prison is enough to prove his mental condition. This translates into his performance with him unable to portray any emotions and being scolded for it. Meanwhile, Deok is in awe of his performances and wishes to join.

In a strange twist of faith, the coach asks Chaek to teach Deok while Deok to be the manager in return. Starting of with zero trust and numerous problems, the duo somehow ends up working well and positively influencing each other much to the delight of the coach.

Though a troublesome figure from Chaek’s life wishes to disrupt this peace, while Deoks family is in the dark about him learning ballet. From episode 3 onwards it should be expected to get a little more angsty with the society and families coming to know of the situations along with technicalities of ballet.

First of all, it’s clear that both families are dysfunctional in their own ways. Chaek’s dad seems to win the worst parent award while for Deok things may become hard once they realize he is learning ballet. Episode 3 should flesh out their family situations in detail to get a feeling of the atmosphere.

This will open up the room for Chaek and Deok to confide in each other. Ultimately they both desire perfection in ballet, it is their dream and passion. Episode 3 will most likely hint at the dedication and effort that is needed and how despite the odds against them the two persevere hard.

The plot revolves around these two especially but also brings in his granddaughter Eun-Ho, whose just another 20-year-old looking for her purpose in life. This story is meant to teach people to take a dive in the directions of their dreams before it’s too late.

Episode 3 will most likely show openly the suppressed emotions of regret from opportunities no taken. This is a lesson for all to get up and do what they want to because otherwise, they will spend their life being dead inside.

A break from the action and fast-paced stuff, Navillera is a drama to soothe the soul. Ballet, itself is a feast to the eyes we get two extremely talented actors in an emotional tale of acceptance, passion, and the drive to achieve it.

This show will encourage anyone who has given up or never tried something to hit the road with it cause it’s never too late. A favourite quote of mine says, “Regrets are an extravagant emotion.” and that is so true! Why waste your time regretting when you can get up and move.

What are you waiting for, since we live only once go ahead and do what you want so as to never have regrets?

As per the releasing schedule of the show. The show drops a new episode every Monday. With no delays in the broadcast – Navillera episode 3 will release on 29 March 2021.

Love Struck In The City Episode 7, Release Date, Details, and...