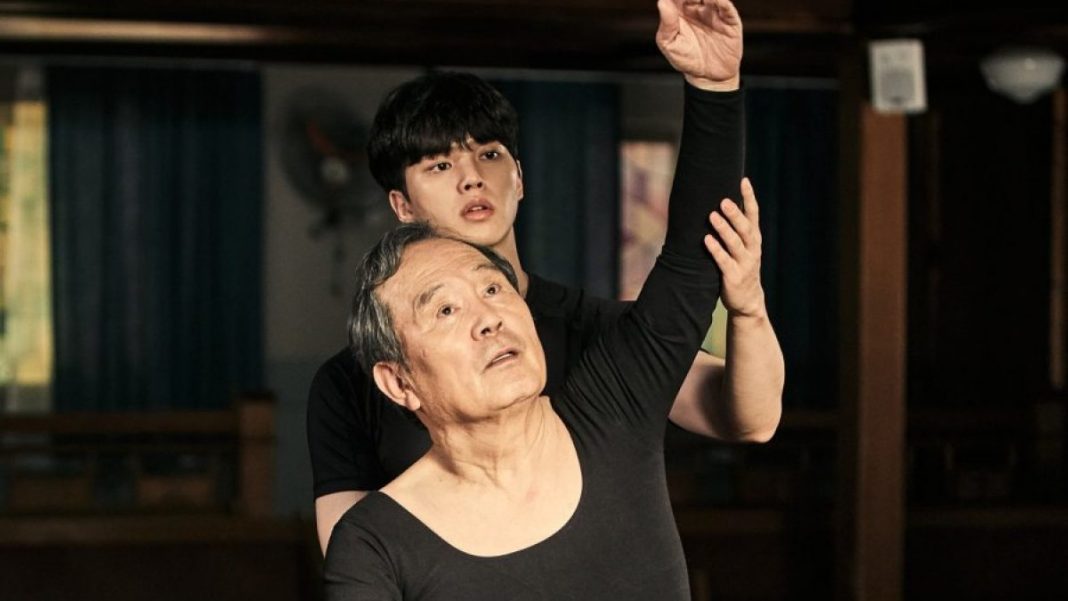 After some heartwarming progress, episode 4 had ended on a rather sad note. Eun happens to lose her job, and Cheok and Deok walk in. Episode 5 starts on a heartwarming note, with both of them trying to tell Eun that this is not the end.

With the ballet competition closing in, there is a lot of pressure and, of course, drama too. Episode 6 ends on a rather uncertain and ominous note. So the viewers are concerned if Navillera episode 7 will bring some happy news or not?

Throughout the episodes, we see the stubbornness of the young and the wise of the old. They are a testament to the fact that life is a long journey, and there is a lot to learn from for all ages.

Let’s see what all leads up to Navillera episode 7.

Navillera: The Plot So Far

Eun ho is already upset enough with losing the job, and then she sees her grandfather. Instantly runs off only to be followed by Cheok. He pulls up next to her and tells her to search for her happiness. And when she finds what makes her happy, she must stick with it.

Moved by his words, she decides to look for her passion. Even though she gets berated by her dad for doing the job and has a heated argument. In the end, she sticks to doing only what will make her happy.

The ballet practice is incredibly harsh on Cheok, with the deadline for the video coming up. His coach is rigorous to get the perfect video. While Deok’s body is a huge worry for him due to the strain ballet is causing.

Impatience and pressure make Cheok lash out at Deok for not being helpful enough. Noticing this, his coach berates Deok for his own impatience, which is negatively impacting Cheok. Deok regrets his impatience and confides in his wife. Who stands by his side and tells him to go at his own pace. He apologizes to Cheok later, and Cheok tells him to enjoy the process.

Later on, Deok sees Cheok practice and even his worn-out feet. He not only plasters him but also encourages him. We see him invite Cheok over for a meal, and there is a warm atmosphere around. So much so that at Deok’s request, he even calls his dad and tells him about the competition which his dad wishes to see.

But all is not well as he comes across Ho-Beom. Things turn grim as he leaves Cheok with an injury. Deok wastes no time in getting to a doctor, but the damage is already done. Cheok gets a plaster, and there is uncertainty in regards to him participating in the competition.

He recovers fast but is on painkillers which his coach dislikes. He warns Cheok that he can leave if this continues. He says this from experience. But it’s too much for Cheok to take in. This episode ends with Deok being lost, hinting that something may be wrong with him.

Navillera episode 7 is going to start on a very crucial note. Does Deok have amnesia or some other mental issue? Is the burning question? Episode 7 of Navillera will have to show Cheok’s mature side if at all it exists.

We finally got Deoks wife on his side, but it will be heartbreaking if he does have a mental issue. Navillera episode 7 will highlight the hardships of old age. It would be great if Navillera’s Episode 7 could show us the unwavering determination of Deok.

Will just recovered Cheok understand his coach’s warnings and manage without his manager? Navillera Episode 7 will have to answer this question.

Navillera Episode 7 will be a test of the bond Deok, and Cheok established. Can they withstand the obstacles life throws at them and fulfill their dreams with ballet? Whatever be the case, Navillera episode 7 will be more painful than heartwarming. Therefore viewers are prepared.

Navillera airs every Monday and Tuesday on Netflix.

Royal Secret Agent Episode 3 Release Date, Spoilers and Where to...