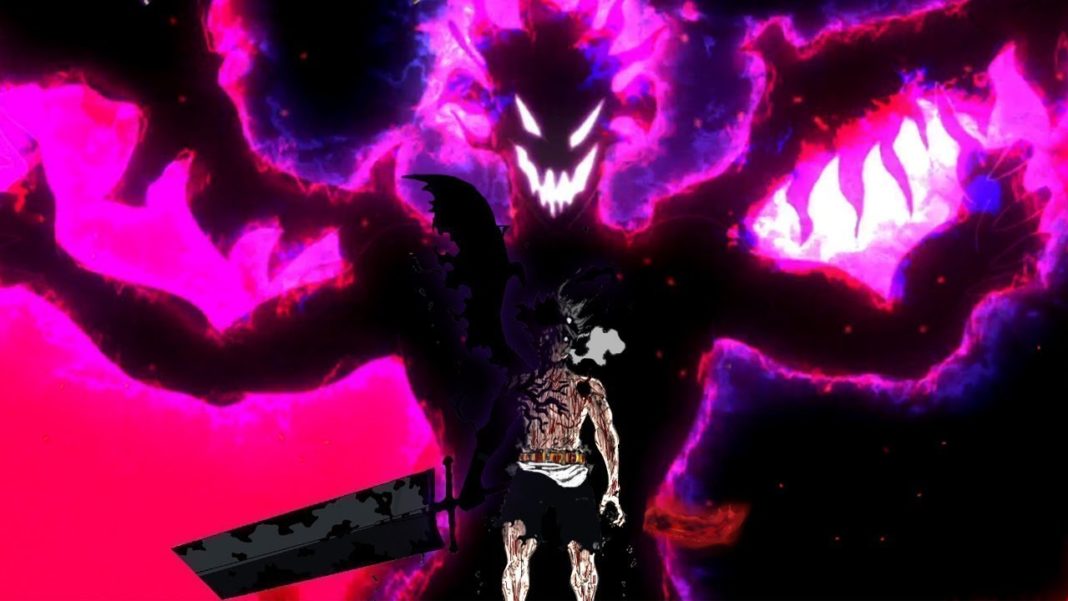 As we all know that Black Clover is the world-famous franchise. As the story is advancing towards amazing action suspense and drama, fans’ expectations from the upcoming chapter which is Black Clover 249 are really high which is quite obvious after the previous chapter. So, without any further delay, let’s get going for Black Clover chapter 249. So, Howdy Guys, In this post we are going to be talking about Black Clover Chapter 249. We have included information regarding the release date and where to read it legally. Note:- This post may contain spoilers. If spoilers bother you, I suggest you stop here or skip to the release date section. From here, proceed with the utmost care-

But before, let’s discuss the previous chapter-

As we all know that Chapter 247 ends with a battle between Dark Disciple vs Luck Voltia. The dark disciple was able to defeat the spirit guardians with ease. And let’s not ignore the fact that Svenkin (Dark Disciple) was almost defeated Luck wich was one of the pessimistic moments. It’s because the audience thought that Luck will not be able to pull off something huge as defeating Svenkin. But guess what happened-

So, in chapter 248, the fight between the dark disciple and Luck carried on. Luck realized that Svenkin is no joke and he is really powerful. So, Luck remembered his training. He got trained by the strongest lightning mage introduced in the series so far- Gadjah.

As we know Luck wants to be stronger no matter what. He has a hunger for power. So, Luck asked for teaching the true lightning magic used by Gadjha. Then Gadjah mentioned that even he was the spirit guarding, he took 2 years to learn that magic. And then, Gadjah mentioned that Luck’s specialty is a fortification, creation, and speed. So, he should create his spells. And I guess that’s enough for Luck to defeat the dark disciple.

As Yami always mentions- SURPASS YOUR LIMITS!!!. In Chapter 248, this what Luck did. He surpassed his speed with the creation of solid lightning spells for his hands and feet. Somehow, with this method, Luck managed to slash the part of Svenkin armor. But that’s was not enough because Svenkin activated his most dangerous spell- ‘Skin Pot”.

But that doesn’t affect Luck. He just wants to be faster and faster. And then he activated his true lightning magic (Natural Mana)- “Raitei no Sekki”. Luck pierced the body Svenkin with the speed of light. “That kid is a lightening himself with a spear of one point surge”. So, yes, Luck defeated that dark disciple.

Is Black Clover On A Break?

The spoilers and leaks are the raw scans, that are being translated by the popular translators on the internet. But you may not worry, we will make sure to add the leaks and spoilers to the article, as soon as they’re out. You can put your opinions regarding Black Clover Chapter 249 in the comment section below. The important leaks and spoilers for Black Clover 249 will be out on or around 10 May 2020.

Also, Read- Promised Neverland Chapter 176 Has Been Delayed! Where to Read?

Moreover, You can also read Black Clover manga chapter 249 in Espanol on Shueisha.

Black Clover is a popular Japanese manga written by Yuki Tabata in 2015. The plot revolves around Asta and Yuno, who are rivals. Asta is a kid born with no magical prowess and Yuno is a being blessed with mana. The plot revolves around their journey of becoming the strongest knight. As of now, the manga has aired 248 chapters, Black Clover chapter 249 will be out soon.