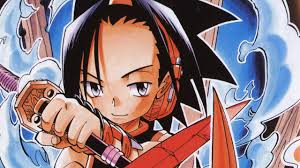 Freshly, the official website of Shaman King revealed some information regarding the cast and Teaser. It began streaming a new teaser promotional video for the anime. Besides this, The website and teaser also revealed the anime’s cast and staff members.

Here is the teaser of New Shaman King-

On the other hand, Kodansha USA Publishing and Comixology Originals describe the series:

In the world of Shaman King, shamans possess mysterious powers that allow them to commune with gods, spirits, and even the dead…and Manta Oyamada’s about to learn all about them, because his class just welcomed a new transfer student: Yoh Asakura, a boy from way off in Izumo…and a shaman in training!

Besides this, The anime will premiere on TV Tokyo and its affiliates in April 2021 and will adapt all 35 volumes of the manga’s new complete edition, which Kodansha started publishing in print volumes in Japan on June 17. The first anime adaptation of the manga premiered in 2001.