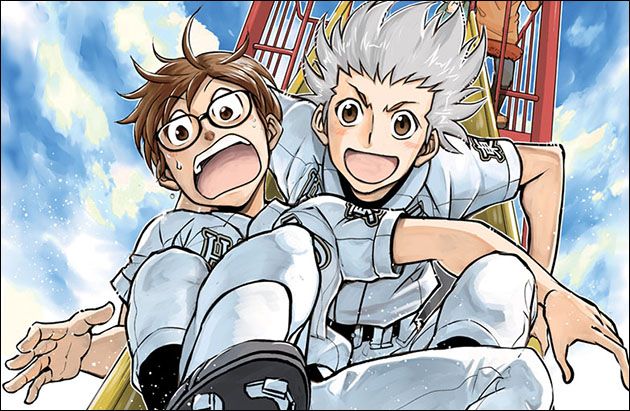 Nine Dragon’s Ball Parade is another gift from the Japanese Manga Industry to the anime/manga fandom who love sports as a genre. As for more detail, this is a brand new manga series based on Baseball. Diamond No Fans now will have something else to see or something to debate with. Furthermore, the franchise release 2 chapters so far and now Nine Dragon’s Ball Parade chapter 3 is next in the queue. So without further delay, let’s get started-

This is the story of Tamao Azukida whose dream was to get selected in the prestigious high school known as Hakuo’s baseball team. He was preparing himself for the trails for the last 2 years. In the end, he got eliminated in the last round. There, he met a crazy guy whose pitches were super speedy-Tao. Everyone got impressed by Tao’s skill and he even got selected but he flattered with Azukida’s analysis and catcher skill and decided to play along with him. So now, they both are on a journey of creating Tao’s dream team.

Nine Dragons' Ball Parade, Ch. 2: A golden battery is in the making but one of them needs some convincing! Read it FREE from the official source! https://t.co/UAzDRIXlss pic.twitter.com/aN5CFBLaXD

You can read Nine Dragon’s Ball Parade on Viz.

Attack on Titan Chapter 136 Release Date, Is Armin Dead or...