Spoiler Guy
Home News No Game No Life Season 2: Is It Coming? 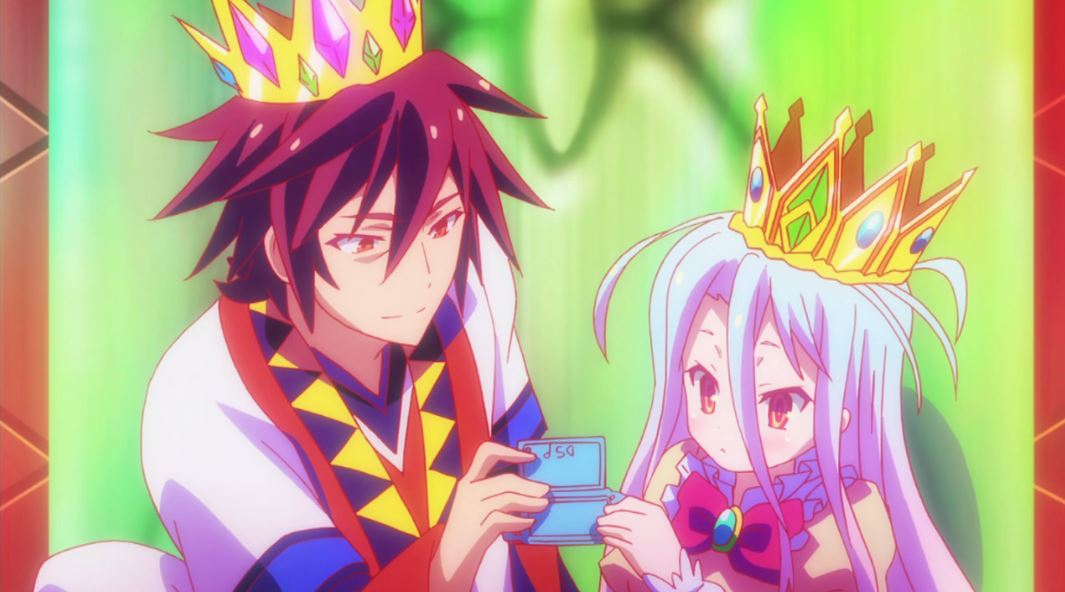 The plot of No Game No Life.

The Story starts with two loners step-siblings- “Sora and Shiro”, who are known as “BLANK” in an online game. They both were extremely talented in playing games and earn the title “undefeated”. One day step-siblings got the challenge from a guy name Tet in a chess game. They win the chess match against Tet. then it was revealed that Tet is the god from another real world. Upon winning The Siblings – Sora and Shiro were offered to live in a world that centers around games. They took it as a joke and gladly accepted the offer. But to their surprise, It wasn’t any joke. They were summoned to a reality known as Disboard. A place where rules and rewards are enforced by the spell. People can not harm each other there. So they solve their disputes by gambling with games.

Soon the duo moves to a Human nation Known as Elkia. There they participated in a tournament to determine the next ruler. They were so talented that they easily earn the crown of Elkia. After winning the crown, they earn the right to challenge the other species of Disboard as the representative of humanity. Their next goal is to defeat all sixteen species in order to challenge Tet.

No Game No Life was 12 Episode long. Which falls under the gene of Isekai, fantasy, science fiction.  Atsuko Ishizuka is the person who directed the first season. Jukki Hanada gets the credit of writing it and music is by Shinji Hosoe. Moreover, it’s from the famous studio Madhouse. The Anime Originally continued from April 9, 2014, to June 25, 2014. The Manga is still running. People around the globe are hoping for a season 2. But, 6 years have passed and we still see no sign of Season 2.

Madhouse is a very famous Animation studio and production enterprise. They are famous across the world for various work. Some of their best works are films like -Wolf Children, Summer Wars, Girl who leap through time, Barefoot Gen, etc. It is equally famous for its television anime adaptations. Some of the most famous ones are No Game No Life, One Punch-man and Hunter x Hunter. Now, let’s get started on our main topic- No Game No Life Season 2-

No Game No Life Season 2

Let’s face the facts- As we all know that the Production has enough content in order to NGNL season 2. But still, it’s been 6 years since we hear anything regarding season 2 of No Game No Life. According to our sources, in 2018, there were chances that season 2 of NGNL would release but it seems to be the storm of Rumors.

Furthermore, Madhouse is already into some major anime series like- One Punch Man, Hunter x Hunter or Overlord. I am not criticizing but the Fan base of anime series like Hunter x Hunter has way bigger and quality fan base compares to No Game No Life. So, they may concentrate on these series compare to NGNL Season 2. So, there are some high chances that No game no life might get released by the other production.

In my view, Season 2 should come. The series is very popular and people are dying to watch more of it. But it has been almost six years since the first season and yet there are no signs of the second season. But I believe it will come soon. The series could be based on light novel or the manga. Both of them are currently sunning and have an amazing story that is waiting to get an anime adaptation.

Here is the official synopsis of the manga-

“The story of No Game, No Life centers around Sora and Shiro, a brother and sister whose reputations as brilliant NEET (Not in Education, Employment, or Training) hikikomori (shut-in) gamers have spawned urban legends all over the Internet. These two gamers even consider the real world as just another “crappy game.” One day, they are summoned by a boy named “God” to an alternate world. There, God has prohibited war and declared this to be a world where “everything is decided by games”-even national borders. Humanity has been driven back into one remaining city by the other races. Will Sora and Shiro, the good-for-nothing brother and sister, become the “Saviors of Humanity” on this alternate world? “Well, let’s start playing.”

So, that’s all for today. Furthermore,  Make sure to follow our Social media accounts for exclusive news. Make sure to read our latest blog: Demon Slayer Kimetsu no Yaiba Season 2 Release Date