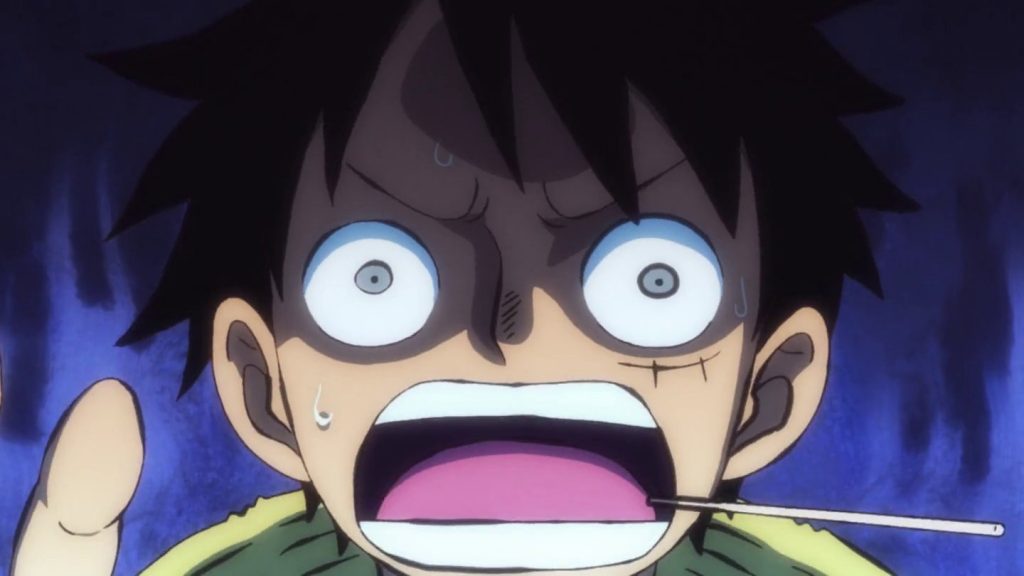 As we all know, One Piece chapter 978 has been delayed. The new release date for this chapter is affirmed to be April 26, 2020. As for the spoilers, leaks, and raw scans for this chapter – they are out.

Moreover, we have got some information regarding the upcoming chapter of One Piece manga. Scroll to the bottom to read.

In this post, we are going to discuss the upcoming events of One Piece 978. Note that this post may contain spoilers from the 978th chapter of One Piece manga. If you are not into spoilers then reading this post further may not be for you.

The Flying Six appear in front of Kaido. We are already aware of Page One and xDrake but it seems, there are two very beautiful women in this crew. One of them holds a sword and the other wears a mask.

One Piece Chapter 978
Title: Tobi Roppo Introduction
The chapter revolves around the introduction of “The Flying Six”

Ulti is described as a fearless character in this chapter, who openly Calls KAIDO stupid.

One Piece 979 Delayed due to Golden Week.#OnePiece

As per the spoilers, Oda took inspiration from British, Hungarian, and Japanese card games for naming the members of The Flying Six.

The bounties of the Tobi Roppo is not affirmed yet. The number of Beast pirates doesn’t get shown either.

The cover page features, Lola’s Pirates thank Fire Tank Pirates for saving the life of their captain. Moreover, the bounties of them are not shown either. What does this mean? Will we get to see more details regarding the bounties and rewards in Chapter 978? Well, for now – we won’t know until the chapter is out.

Chapter 978 of One piece manga ends with the announcement that the next chapter will be on a week-long break due to the Golden Week holiday. The manga will begin serializing its 21/22nd issue on 10 May 2020.

More detailed spoilers from One Piece chapter 978 will be out soon.

Who is Kaido’s Son?

As of now, there is no confirmation regarding Kaido Son yet. We won’t see any hint to this in One Piece manga chapter 978 either.

Based on the popular theories, it could either be Charlotte Katakuri, Calamity King or Queen of all-stars, or one of the Worst Generations. It could entirely be a newly introduced character who is as strong as Kaido, or somewhere around him. Well, we will surely get an answer to this in the upcoming chapter.

There have been various theories on the internet regarding the same. You can comment on yours below.

Yes, there will be a delay in the airing schedule of One Piece 979.

Moreover, this chapter ends with another announcement for the next chapter of One Piece. One Piece Chapter 979 is going to get delayed. So Instead of, 3 May 2020, the chapter will now air on 10 May 2020.

While you wait for the 978th chapter of One Piece to drop, make sure you read our recent on – Demon Slayer and Black Clover.

Where to Read One Piece Manga?

Based on how the plot is progressing, the manga is sure going places. You can read One Piece Chapter 978 officially on Viz Media or the Mangaplus app by Shueisha. The chapter arrives coming Sunday.