In this post, we will be discussing the events of One Piece 980. The post includes the release date, leaks, and spoilers for the upcoming chapter of One Piece manga.

Update: The spoilers are out for One Piece manga chapter 980. You can use Table of Contents to skip this part and reach out to the section you wish to read.

One Piece, the biggest anime-manga franchise of all time. The anime for One Piece is on a break and so is the manga. It is quite fortunate that the manga is only getting delayed by a week whereas the anime is on an indefinite break. One Piece Episode 930 and One Piece 980 is on a break, you can read more regarding the same here.

One Piece Chapter 980 is on a week-long break. The title of this chapter is still unknown. However, from here on the plot gets real crazy. There have been various theories on the internet regarding the Whitebeard pirates or the Revolutionary army joining the battle. Whatsoever, there are no confirmations of the same yet.

One Piece 980 covers up the events at Onigashima and it might also reveal some other important details regarding Kaido’s son.

Originally the chapter was slated to air on 17 May. However, due to the ongoing crisis. One Piece 980 will release on 24 May 2020. One Piece manga drops a new chapter every Sunday. Please look forward to the release of this One Piece manga chapter.

While you wait for One Piece 980, make sure to read our recent on Demon Slayer Chapter 205 and Black Clover Chapter 250.

Why was the chapter delayed?

The Studio has decided to not risk the lives of its staff members due to the continuous spread of the COVID-19 coronavirus pandemic. One Piece Chapter 980 is getting delayed, and as per Eichiro Oda’s recent tweet, readers should expect a bit more delays in the future.

We received a new message from Oda-san. Hoping you continue to enjoy ONE PIECE! pic.twitter.com/LSvh4a9v0P

Will there be any future delays regarding the same in One Piece manga?

Yes, the creator Eiichiro Oda recently said that all the staff members’ health comes first so they are working from home, which makes it slow for them to coordinate. So, instead of going on an indefinite break. The manga will probably take small breaks. Just like this one, we can expect the same for the next few chapters of the manga.

The spoilers for One Piece 980 are out, as per the spoilers of this chapter, a lot is happening during the raid at Onigashima. Here are the leaks –

Luffy is angry at the Beast Pirates as seen in the previous chapter, he goes on a rampage against them but later on Zoro tries to calm him down as their plan is still a secret, and if the others were to know that they have arrived then their plan will get ruined.

While Zoro tries to calm Luffy, he sees how the Beast Pirates have wasted Oshiruko. After this, Zoro goes on a rampage with Luffy.

Scratchmen Apoo notices Luffy and uses this as an opportunity to get some praise from the Queen.

Meanwhile, The Queen is angry at one member of the Tobiroppo and wants to get rid of him/her(not revealed in this chapter), and the Queen offers that if Apoo catches Luffy, then he can immediately get promoted from being a number to the rank of the ‘Flying Six’.

Readers might see Queen vs a member of Tobiroppo in the upcoming chapter.

Apoo grabs the opportunity of being one of the Flying Six and attacks Luffy and Zoro.

Suddenly Kid gets in between and starts fighting Apoo(Kid remembers how he got betrayed by Apoo, back then)

The chapter ends with Kid using Punk Gibson against Apoo.

It seems Luffy and Zoro will use this opportunity to escape as they don’t want their long-awaited plan to fail.

More spoilers will be added soon, Please look forward to the release of One Piece 980. 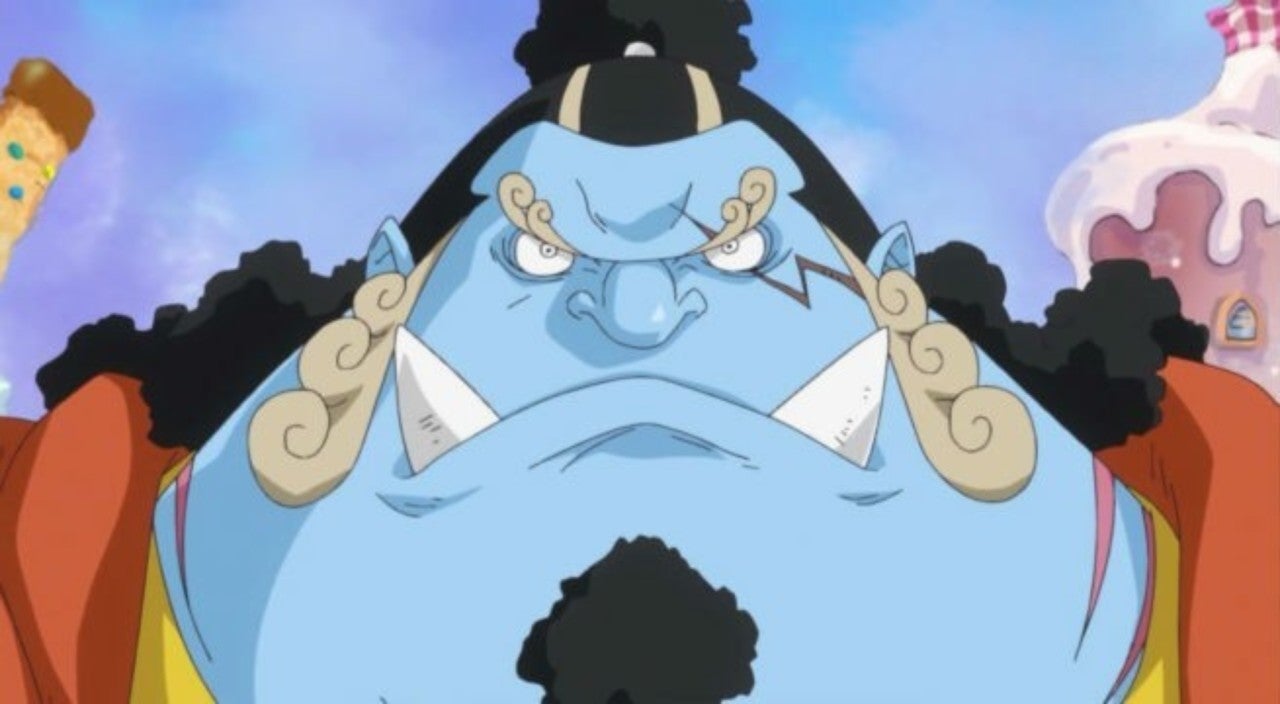 Will the delay affect the release date for One Piece Chapter 981?

As it may seem, the ongoing coronavirus pandemic took a huge blow on the anime and manga industry. So, it actually is possible to have this chapter delayed as well.

Confirmed by the leaks – As I said, the upcoming chapter might get delayed, and guess what? it did. One Piece Manga Chapter 981 is on a week-long delay.

Where to read One Piece Chapter 980?

You can also read One Piece Manga Chapter 980 on a physical copy if it is available in your country. It will help the creator and the staff members, as well.

What is the name of Kaido’s Son? How Strong is He?

Kaido’s son’s name is Yamato. As for now, we do not have an exact idea of his strength. However, he’s somehow related to both the Flying Six and All-Stars. As both of them will be searching for him in the next few chapters of the One Piece manga.

The creator is already hinting us at something big. Kaido’s son is surely getting the build-up he deserves. That being said, there have been various theories on the internet regarding him, however, none of them seems to verify the identity of him as described in the previous chapters. Let’s see if the creator gives off any other info regarding Kaido’s son in One Piece Chapter 980.

What will be Luffy’s bounty after this arc?

this arc is sure going to take time – not just chapters but with the ongoing COVID-19 pandemic, the arc will definitely take longer than the expected time to finish. But once it is over, we can expect Luffy to have at least a bounty of 4 to 5 Million Berries.

Note: One Piece Chapter 979 is out you can read it officially for free on Viz Media. 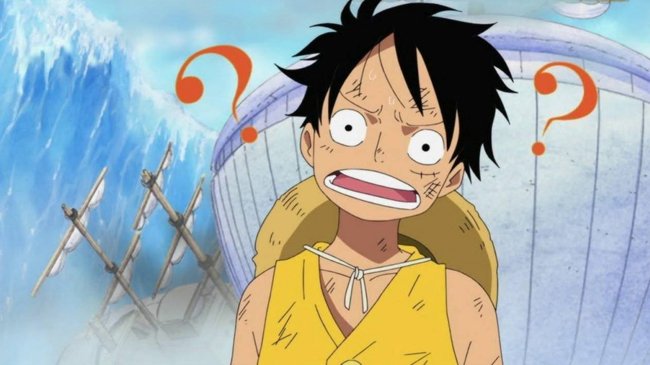 The 979th chapter of One Piece manga is titled, “Family Problem”. The chapter revolves around the attempts of the raid at Onigashima and the ongoing party at it, as well.

The cover page focuses on the Tontatta Pirates. The chapter begins with a panel where Orochi is at peace as Kanjuro is doing the job decently. Orochi is well aware of all the movements of Red Scabbards.

He is also ready to take action on their attack at him. Now, Orochi can sleep peacefully at night.

However, Orochi isn’t aware that the raid at Onigashima has begun already. The Easter, as well as the Southern troops, are being led by Kine’mon and Denjiro whereas the other scabbards will be coming with Law through the sea.

Even though not all beast pirates are aware of him being the spy, Kanjuro says that he is lost inside Onigashima as it’s his first time, making it hard for him to navigate.

Kanjuro still needs to deliver his report to Orochi, which he can’t because he’s lost.

One Piece, Ch. 979: A meeting with Kaido bears ominous fruit! Read it FREE from the official source! https://t.co/FFijiVS8Da pic.twitter.com/FbNweZeDAf

The Straw Hats have divided their teams after entering. Luffy and Zoro are going on their own. Usopp, Chopper, Nami, Sanji, Carrot, and Shinobu are together. Moreover, we see Usopp and Chopper driving the Brachio Tank V.

While Franky and Brook ride the Kurosai FR-U IV, Robin and Jinbe are going on foot without being noticed by anyone.

Later on, Another Headliner gets introduced, her name is Bao Huang. Her job is managing schedules for Kaido and crew.

As we speculated in our previous article, Sasaki and Who’s Who are revealed to be former Pirate Captains.

On the other hand, Kaido assigns the Tobiroppo aka the Flying Six to find his son. If they were to find him, they will get an opportunity to challenge the All-stars, the winner will get the position of the one who loses.

Kaido is also planning to announce something big after he and Big Mom have decided and agreed to all the terms to their pirate alliance.

Meanwhile, Luffy is inside the Beast Pirates banquet and he sees them throwing excess Oshiruko on the floor, which undoubtedly makes him really angry. The story continues in One Piece 980.

The previous chapter ends with no extra intel regarding Kaido’s Son, but it seems that might not be the case with One Piece 980. Readers are eagerly waiting for One Piece 980 to release.

While you wait for One Piece 980, Make sure to follow our Social media accounts for exclusive Anime news, discussions, and spoilers.