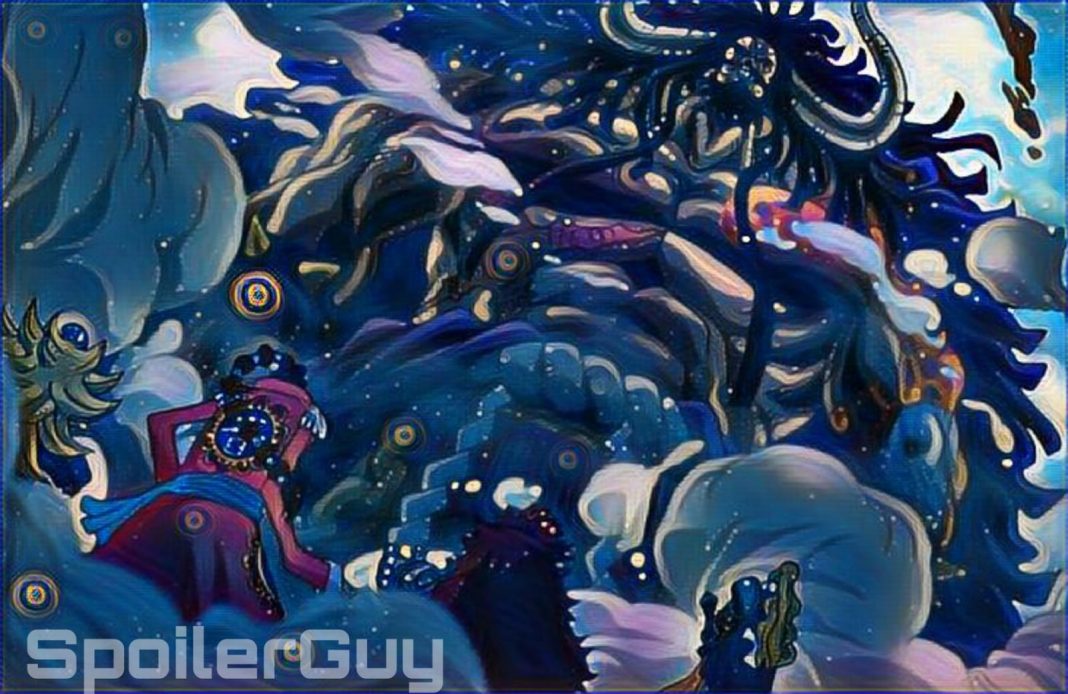 “Gomu Gomu no Kong Gatling and Kaido is on the ground”. Can you believe how the table turns in our little pirate devils are on the nerve of two emperors of the Sea- Kaido and Big Mom. One Piece franchise is really putting every possible effort in order to serve some really great storyline. Guess what? Our Supernovas finally landed damage on Kaido. Chapter 1002 of One Piece Feature Law, Kid, Zorro, Killer, and Luffy also used a barrage of attacks on Kaido’s dragon form. So, Big Mom step in between and used her new attack- “Indra” on Supernovas. Luffy used his rubber body as an insulator. Besides this, Kaido used his Bolo Breath and expected Luffy to get affected by but Luffy believed in his guts and used “Gomu Gomu no Kong Gatling”. As we’ve already mentioned above that Eiichiro Oda is putting his everything in order to make this battle worth remembering. Now, what are the events that are going to happen in One Piece Chapter 1003? Is Luffy going to get his new form? Or something unexpected going to happen on Villain’s side? Don’t worry, we got you covered-

So, Howdy guys, in this post, we are going to be talking about One Piece Chapter 1003. We’ve included every possible detail regarding the official release date and where you can read it officially. What is going to happen in One Piece 1003? Without any further ado, let’s do it-

One Piece, Ch. 1,002: The heavens shake and the land trembles as the two Emperors of the Sea unleash their fury! Read it FREE from the official source! https://t.co/4Gn9MyRjNd pic.twitter.com/xgEnJ9qAAy

Where To Watch One Piece Chapter 1003?

One Piece Chapter 1003 is available for free on Viz Media and Mangaplus. However, we highly condemn the use of streaming anime or reading manga on an unofficial website. A new chapter comes out every week. Furthermore, make sure to stay tuned to Spoilerguy as the manga goes on hiatus a few times now and then.

Eiichiro Oda is the mastermind behind the entire One Piece franchise. He started manga way back in 1997 and has completed 97 volumes in total. Shueisha and Viz Media are currently publishing the manga. One Piece anime series is also equally popular and has broken several records. Chapter 1000 will release one Piece this week, which paves the way to its 1002nd chapter of One Piece. This huge milestone achievement is truly well deserved by the One Piece franchise.