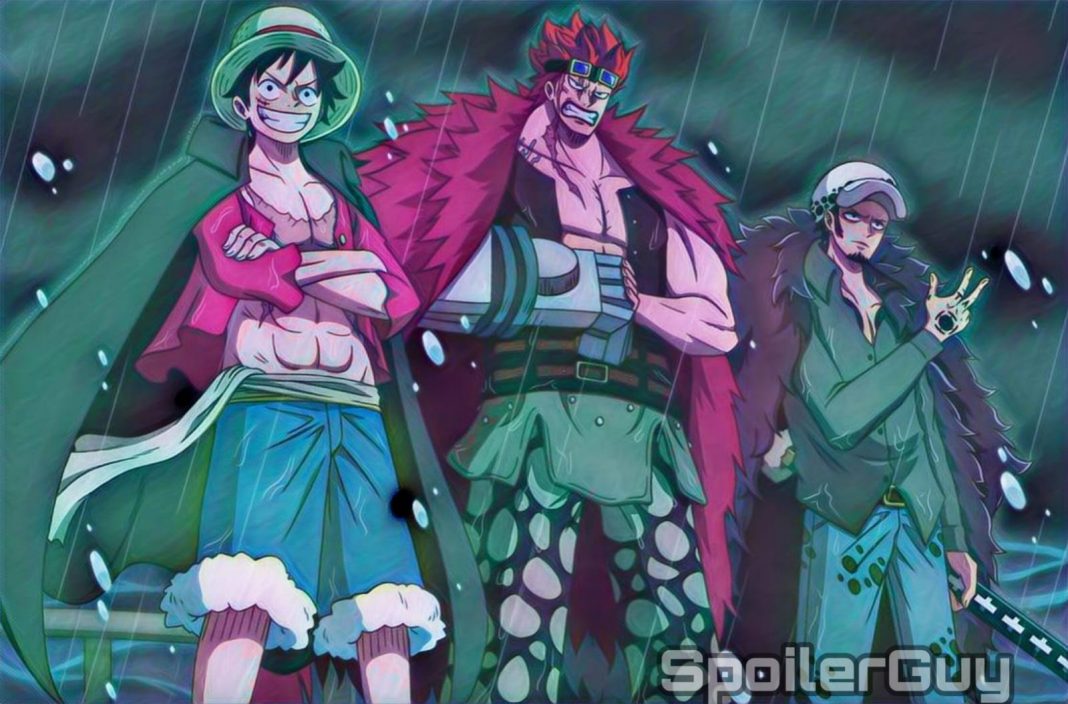 So, Bao Huang member of beast pirates warns Black Maria to be careful because she senses one more person in the room who is trying to help the group. And boom, the chapter ended. Although fans were expecting more of Yonkos vs Supernovasbut the creator decided to go little off so that he could create hype. One Piece Chapter 1005 is something that fans are looking for. So, what is going to happen in One Piece 1005? Don’t worry, we got you covered, so, Howdy guys, in this post, we are going to be talking about the upcoming chapter of One Piece which is chapter 1005. We’ve included every possible detail regarding the official release date and where to read it?

One Piece, Ch. 1,004: The fight to free Wano gets a boost from an unlikely source! Read it FREE from the official source! https://t.co/FK7CtKzCWR pic.twitter.com/8W0o0QPI0F

Oda took a little off the path so that he could create some hype among fans regarding the battle between Yonkos vs Supernovas or Kaido’s new form. And now, Fan’s expectations with chapter 1005 of One Piece is really high. Is the franchise will be able to meet the fan’s expectations with the upcoming chapter? Let’s find out-

This is quite disappointing that One Piece manga Chapter 1005 is on a delay this time in the schedule of weekly shonen jump. So, as per the update, One Piece Chapter 1005 is going to release on 1st March 2021. The previous chapter was the last chapter of February month.

Where To Watch One Piece Chapter 1005?

One Piece Chapter 1005 is available for free on Viz Media and Mangaplus. However, we highly condemn the use of streaming anime or reading manga on an unofficial website. A new chapter comes out every week. Furthermore, make sure to stay tuned to Spoilerguy as the manga goes on hiatus a few times now and then.

Eiichiro Oda is the mastermind behind the entire One Piece franchise. Shueisha and Viz Media are currently publishing the manga. One Piece anime series is also equally popular and has broken several records. Chapter 1005 will release one Piece this week, which paves the way to its 1005th chapter of One Piece. This huge milestone achievement is truly well deserved by the One Piece franchise.