Spoiler Guy
Home Release Date One Piece Chapter 1014- Release Date, Spoilers and Everything you need to... 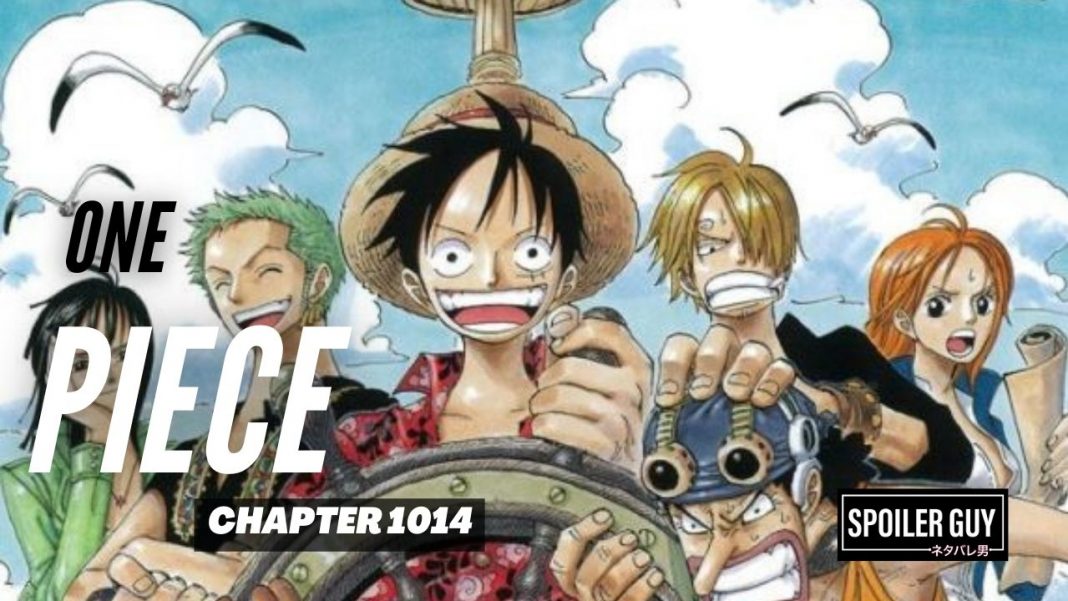 One Piece has resumed after the golden week break. However, One-piece Chapter 1014 will take another break in the upcoming week. With the current fight between Luffy and Kaido, the manga has landed an interesting twist. There have been all types of assumptions and possibilities doing rounds. Therefore, without further ado let’s jump into everything you need to know about One Piece Chapter 1014.

In the previous chapter, we saw Big mom summoning Prometheus, Hera, and Napoleon following firing the Maser Cannon: Roaring Light Gun. Ulti falls to the ground after a powerful beam makes a hole in her stomach. Also, her eyes turn white. In addition, Hera discloses to be a thundercloud but much different from Zeus. Prometheus asks Big Mom to get him a girlfriend as he doesn’t have one.

Hera seemed not interested in any one of Prometheus or Napoleon. But she is will obey the order of Big Mom. Big Mom notices the disappointment in Nami’s eyes and welcomes Zeus. However, she says Zeus won’t be needed any longer following which we see Hera swallowing Zeus to become stronger. Zeus is weak and slow, nearly getting Big Mom killed.

There is a delay in the release of the One Piece chapter 1014. As per the latest information the upcoming chapter will release on 30th May 2021.

Where to read chapter 1014 of One Piece?

One piece is officially available in Viz Media, MangaPlus, and the official websites of Shonen Jump. The websites require membership to read the chapters. However, you can read the latest three chapters for free.

That’s all about One Piece Chapter 1014. For more updates stay tuned to Spoiler guy.