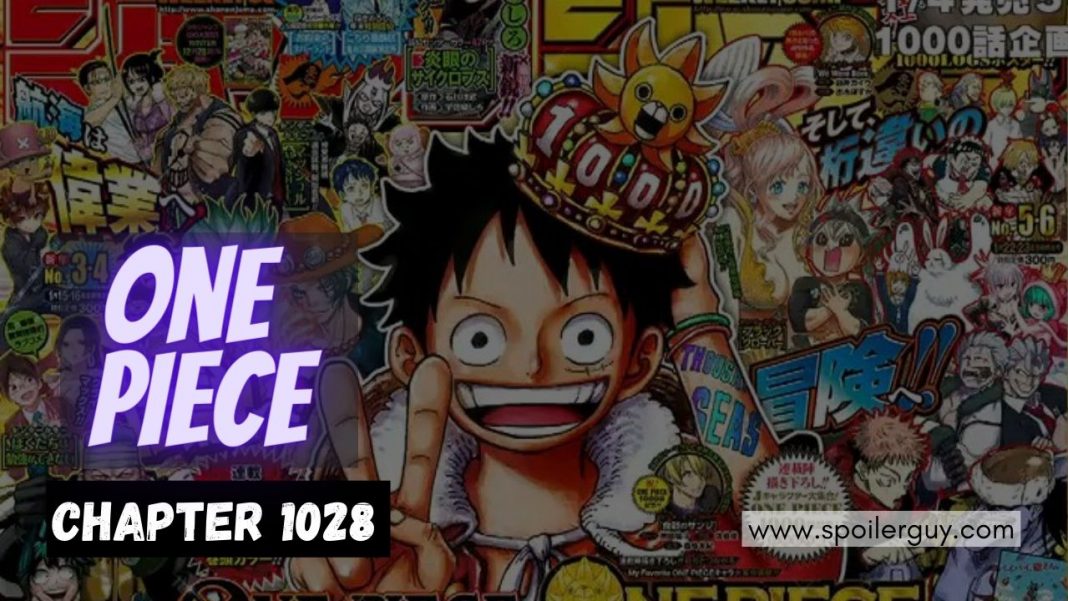 King may not be as powerful as Big Mom or Kaido, but he certainly seems to be a threat. In One Piece Chapter 1028, fans are hoping to see Zoro battle, King. The most recent chapter aggressively set up our heroes’ last tasks. And then there’s the conclusion! King is unquestionably the most dangerous member of Kaido’s gang.

September has come to a close. One Piece has sold over 2 million copies so far, and we expect it to keep up the excellent job. Although, to be honest, we still expect for a further rise in volume sales.

One Piece, Ch. 1,027: Luffy and Kaido’s battle threatens to destroy everything around them! Read it FREE from the official source! https://t.co/6eGi804bUM pic.twitter.com/XRcit4Sldz

One Piece Chapter 1028 depicts Luffy, Yamato, and Kaidou engaged in a violent fight on Onigashima. The chapter 1027 spoiler was published sooner than anticipated, but the manga will not be taking a vacation this weekend. Since Luffy, Yamato, and Momonosuke are working together to take down Kaidou, the fight in Onigashima continues.

In One Piece Chapter 1028, the fierce fight continues, with Law and Kid hearing Luffy’s voice and realizing that the captain is still in action. When Kaidou confronted Luffy in the previous chapter, he took on his hybrid form. Kaidou advised Luffy to quit up since he would never be able to defeat him.

There is no break next week for chapter 1028 (will be aired officially on 10th october), it also contains a colored page pic.twitter.com/9tRyZDA2lC

Meanwhile, Oden Ittoryu-One Oden’s Sword Style is unleashed by Inuarashi and Nekomamushi. Smiling Cat Strike is used by Nekomamushi. Inuarashi uses the Dog Powerful Cutting Arrow to strike. They both crush Perospero with their strikes, destroying his cap and leg in the process.

Orochi was informed about Jack and said that he had nothing to do with him. Luffy and Yamato begin the chapter by discussing Onigashima’s predicament. “Danger beyond imagination” is the title of the chapter, which is about Yamato and Momonosuke’s predicament.

Yamato is ordered by Luffy to help Momonosuke in stopping Onigashima. But Yamato notices Luffy’s desire to fight Kaidou in a one-on-one battle. She understands that Luffy’s determination in the current circumstance is the same as hers. Let’s take a closer look at Yamato and Momosuke’s predicament.

On October 10th, 2021, One Piece Chapter 1028 will be published. The manga is not taking a vacation, and chapter 1028 spoilers will be released this week. One Piece manga spoilers are circulating at a rapid rate, since they are updated every week a few days before the publication of the new chapter. The predicament of Yamato and Momonosuke will be explained in the next chapter. Since the manga will be focused on Luffy and Zoro’s fight for a time, we will see their perspective.

Thanks to “Redon” for the summary. “Brachio Snake” is the title of the chapter. Onigashima is home to the CP0 and Lucci. They each have two objectives: if Kaidou is destroyed, they will force Wano to join the World Government and assume command. Onigashima is less than 5 minutes away from reaching the Flower Capital.

Yamato travels to Onigashima in her legendary Zoan form to defuse the bombs. The fight between Sanji and Queen is still going strong.
Sanji is dissatisfied with his physical appearance. As the story draws to a close, Sanji is apprehended with numerous fractured bones throughout his body. Fortunately, his body heals on its own.

Queen attacks Sanji with his sword at the conclusion of the chapter, but the blade breaks as he reaches Sanji’s body.

Where to read One Piece Chapter 1028?

On Sunday at 18:00 JST, you may read One Piece Chapter 1028 online on VIZ Media’s official website. Shueisha’s online magazine, Shonen Jump+, is also serializing the manga, with new chapters released every Sunday. On several official websites, like Shueisha’s online magazine, new chapters of One Piece are released one hour before the current publication. Let’s meet when the next chapter’s spoiler is out, and then we’ll update the next chapter of One Piece.

This is all about One Piece Chapter 1028. For more information stay tuned to Spoilerguy.