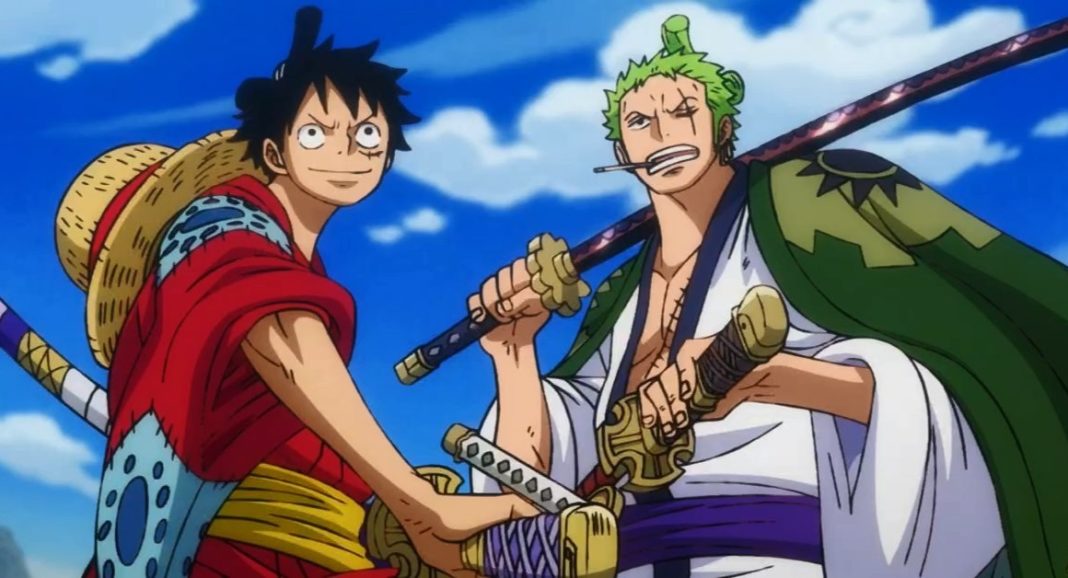 In this article, we have included everything you need to know about the 918th episode of One Piece. The anime, recently aired its 917th episode and guess what? fans are excited about the upcoming episode. The recent episode was more of a funny episode. Besides this, Fans are now eagerly waiting for more action-packed episodes. Moreover, One Piece Episode 918 will be covering the Act two of the Turbulent Wano.

Episode 917 of One Piece aired a while ago, and the episode is getting support from all the corners of the world. Overall, the episode was great. And, we got to see great comedy scenes, as some funny interactions were needed after the exposition and sad backstory we saw in episode 916.

Moreover, fans loved how the creator has introduced Shinobu’s Seiyuu.

Always trying to impress the ladies in every dire situation. {via ep. 916 of #OnePiece} pic.twitter.com/jzLhT6ohUT

One Piece Episode 918 will cover up the highly anticipated face-off between Inuarashi and Shutenmaru. Shutenmaru is the Thief Brigade Chief in the Land of Wano. Later on, it was revealed that he’s one of the Nine Red Scabbards that was once led by Kozuki Oden. However, after the death of Oden, he goes back to being a criminal.

It seems they will try to convince Ashura Doji aka Shutenmaru to join forces with them. By doing so, Shutenmaru can avenge the death of Lord Oden and save the Land of Wano from Kaido.

“The turbulent Land of Wano – Act Two Starts! Sangoro, who cooks at a soba cart where his allies gather, and the kunoichi Onami successfully play their parts and the operation to take down Kaido gets rolling! Meanwhile, Luffy’s indomitable fighting spirit is raised up even more and he creates a furor along with Kid!”

One Piece Episode 918 is titled as, “It’s On! The Special Operation to Bring Down Kaido!”. And it is going to air on 19 January 2020 at 9:30 AM JST. For more details, you can watch the episode officially on FUNimation, AnimeLab, and Crunchyroll. We highly condemn the use of streaming anime on an unofficial website.

The first episode of One Piece aired back in October 1999, and the rest is history. One Piece is said to be one of the most popular anime of all time. As of now, the anime has aired 917 episodes.

Well, that’s what we have for now. Thanks for reading! Make sure to follow our Social media accounts for exclusive Anime news, discussions, and spoilers.