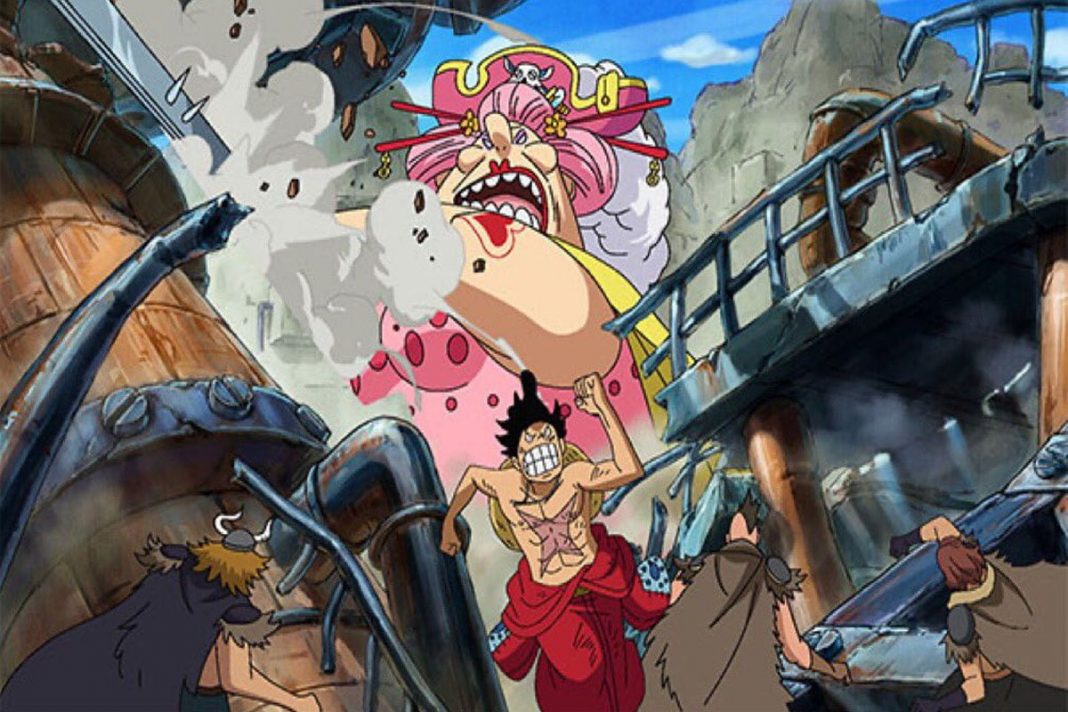 With the ongoing Wano Kuni arc, One Piece anime is surely going places. Viewers are as excited as ever for One Piece Episode 947 to drop.

Episode 946 of One Piece anime got out quite some time ago, and fans really love how the series progresses. The episode was titled, “Stop the Emperor of the Sea! Queen’s Secret Plan”. As for this episode’s events, the fight between Luffy and Big Mom continues in this episode. Big Mom overwhelms Luffy and Hyogoro and keeps on following them around the Prisoner Mines.

On the other hand, Queen is conscious again and comes up with a plan to take down Big Mom. When Luffy and Big Mom continue their fight, Queen uses this as an advantage and attacks Big Mom in the head with Brachio Bomber. The attack leads to Big Mom regaining her memories.

While you wait for One Piece anime episode 947 to drop, make sure to read our recent on Black Clover and Noblesse.

Queen’s heavy attacks bring Big Mama’s memory, which means that she could be more deadly than ever. Besides this, Big Mama is going to meet Kaido soon. The biggest destruction is yet to come.

On the other hand, Luffy will state that he will take over Udon, which means the battle will begin again. Luffy will demonstrate his strength, and he will go on a rampage. This, when Warden and Vice-Warden will try to resist Luffy.

Furthermore, Vice Warden will shoot prisoners with his poisonous bullets, which seems quite effective.

“The Ultimate Weapon! Excite Bullets Aimed at Luffy” is the title for Episode 947 of One Piece anime. The preview, Brutal ammunition made by Queen, the Plague Rounds, dash all hope in the Excavation Labor Camp! Getting shot means death! The dreadful weapon discourages the prisoners, and Luffy becomes the target! He is in trouble all by himself! Is it all over for him?

Where to Watch One Piece?

You can watch One Piece Episode 947 officially on FUNimation, AnimeLab, and Crunchyroll. Besides this, We highly condemn the usage of an illegal anime streaming website. You can read more about Anime streaming Websites here.

As of now, the One Piece anime has aired 946 Episodes. One Piece Ep 947 will be out soon. That sums it up; stay tuned with our posts at SpoilerGuy!