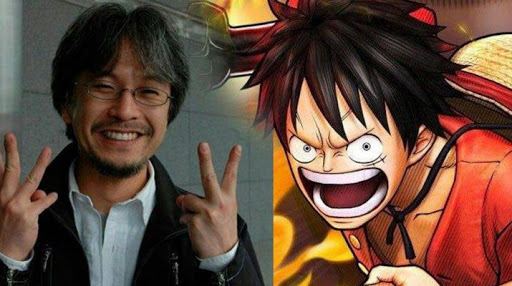 One Piece Manga is on Repeated Delay for the 3rd time in a row now. In this post we will be discussing Why One Piece manga is on a delay, who confirmed this delay, and why we need to be okay with this delay?

One Piece is one of the highest-grossing anime manga franchise, with 980 chapters and 930 episodes on air, as of now. One Piece manga is one of the most popular Japanese manga by Eiichiro Oda. The manga is being serialized in Shueisha’s Weekly Shōnen Jump since 1997.

It is quite fortunate that the manga is only getting delayed by a week whereas the anime is on an indefinite break. At first, Chapter 979 got delayed, followed by Chapter 980, and now, even One Piece Chapter 981 got delayed. So now let’s discuss the reason for this delay.

Why One Piece manga is on a delay?

Well, the reason for this delay is none other than the ongoing COVID-19 coronavirus pandemic. And, to ensure the safety of the staff members of the manga as well as anime. The creator and others have decided to allow work from home, which is taking a bit more time to draw the manga panels. As for One Piece anime, the entire studio is shut – so until the lockdown in Japan is lifted, there won’t be an episode.

Who Confirmed the One Piece delay?

Previously it was confirmed by Mayumi Tanaka, The delay has been confirmed by Eiichiro Oda himself, on his official Twitter account. As per his tweet, I’m still drawing every day as usual, but since all our work is analog, we cannot avoid gathering people. So we have limited the staff to its minimum. And I also have to live a life as far from contamination as I can. Because of that, the progress of the original story and other projects have been slowed down to a frustrating extent.

That is why I think there will be more interruptions from now on, but please understand that we are not taking a break because I’m feeling unwell, we are reorganizing work to continue making this manga while staying healthy!

The anime is also interrupted for now, but preparations are underway behind the scenes so that the show can continue even in the current situation. Now in order to support part of your time staying home, the first 61 volumes of One Piece are free on Jump+ in Japan.

Why do we need to be Okay with One Piece on delay?

As a One Piece fan, I know how frustrating it is, to wait for the story to continue. But, this is what makes the next chapter/episode all the more worth it.

We are currently dealing with something we never prepared for, a virus that shook the entire world and is currently causing thousands of innocent deaths. At a time like this, the safety for the staff members of our favorite anime and manga should be a top priority for the staff heads. Taking a break is the best way to ensure staff safety. I hope you support the decision of Eiichiro Oda and co.

If you are planning on catching up to the manga then it’s time – you can read all the chapters of the manga on Viz.

What is an Anime Iceberg? Here is the full explanation