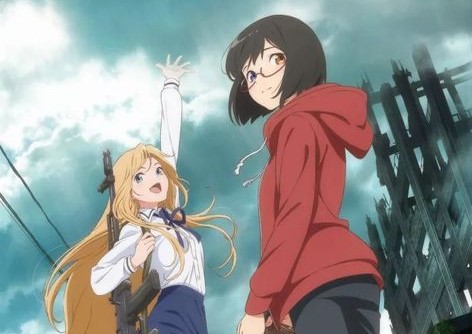 Hey Everyone! In this post, we are going to talk about an upcoming anime, Otherside Picnic. The anime will premiere in coming January.

Takuya Sato is directing the anime along with LIDEN Films and Felix Films. Sato is also responsible for the series script. Ayumi Nishibata is designing the characters. Nishibata is also the chief animation director of the upcoming anime series. Kazutaka Ema is designing the creatures with Hiroki Matsumoto as the art director and You Iwaida as the color designer. Takeshi Watanabe is composing the music.

Iori Miyazawa has written the novel. Shirakaba has further illustrated it. Hayakawa has released the novels in a total of four volumes. The novel has also has inspired a manga adaptation. Eita Mizuna has illustrated the manga. Monthly Shonen Gangan has realized the manga in four tankōbon volumes. Square Enix licensing the manga with J-Novel Club has licensed the manga in North America.

This was all about the upcoming anime series. to know more you can click here to visit their official website. Be sure to stay tuned for more updates. Also, read Boruto Episode 178 Release Date, Spoilers and More Details “This blog is written by Spoiler Guy.” Be sure to follow us on Facebook, Twitter, and Instagram for more interesting and the latest updates about anime.

Laughing In Purgatory Manga Gets Launched In Mangamo