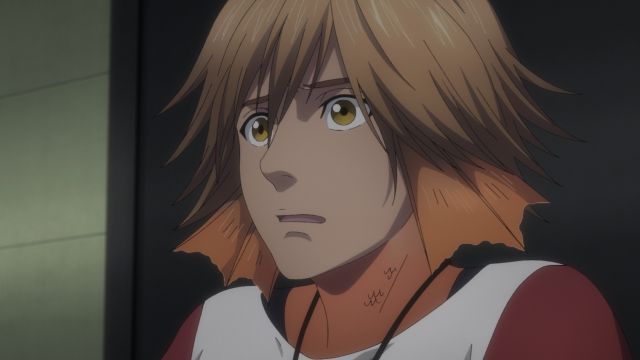 Season 1 of the Pet marked a day of joy amongst its fans. It was Geno Studios who took the authority of manga adaptation into anime. 5th January 2020 was nothing less than a dream come true for Pet fans with its first episode airing. But it was soon enough that season 1 marked its end on 30th March of the same year with its 13th episode. Since then, fans have been waiting for Pet season 2 with a lot of hope. But is there any chance of a sequel of this anime? The truth is still not known. Before talking more about this, we would like to give you some insights into the first season.

All about Pet Season 1

It was winter 2020 that witnessed the arrival of this strange yet fascinating anime. This mystery thriller remained unhyped throughout and underestimated because of its animation quality. Maybe the lower popularity of Geno studios was another reason behind the average rating of this anime. Overall, season 1 wasn’t able to grab a considerable amount of attention from the viewers even after having a crispy plot.

The story is all about a troupe of gifted people with the ability to read people’s minds and manipulate their memories. Hiroki, Satoru, and Tsukasa are some people who are gifted with the same potential and are working under the orders of Katsuragi. They work as a manipulator in the underworld to conceal memories of people regarding crimes like an assassination.

Satoru, a pet of another manipulator Hayashi, is unknown about his master’s whereabouts. All he wants is to live an ordinary life with Hayashi by his side. Hiroki is another person with the same ability, obsessed with Tsukasa, a manipulator just like him. Hiroki always keeps on dreaming about spending his life peacefully with Tsukasa under normal circumstances.

Tsukasa is another pet who is working for the same company as these guys. She has always hated people for underestimating her abilities. All she wants is to create a better and easy life for people who are just like her.

Bounded by their own needs and limits, they work under a leader, making them a pet of his. The name of this series shows that how people with supernatural abilities are nothing but pets. So, this was all about the first season of Pet. Although the anime wasn’t able to barge into the list of successful shows, it has made some die-hard fans after the first season.

You can stream Pet anime’s first season on AMAZON.

Is there going to be a Pet season 2?

It seems that Ranjō Miyake is still not convinced about moving onto the next volume of the manga. It is very much clear after the first season that animation studios won’t prefer a sequel. The manga fans of Pet consider the anime adaptation as pretty much ordinary. Even if Ranjō Miyake opts for writing another volume of Pet, it is still unclear if it will get an anime adaptation or not.

It was in 2002 when the first volume of this psychological thriller was released. The manga was published by Shogakukan in 5 volumes starting from early 2002 till December 2003. Enterbrain opted for publishing the remastered edition of these five volumes in the year 2009. The manga gained appreciable traffic that led to its adaptation into anime in 2020.

If you love to watch seinen anime, Pet can be a great option to consider. You can easily find this anime on amazon prime video in the Japanese version and enjoy the most out of it with subtitles. There isn’t any chance of the dubbed version arriving anytime soon.

As of now, there is no official update coming from the studio. However, it is only a matter of time, until we get one. As per our speculations, Pet Season 2 will release in late 2022.