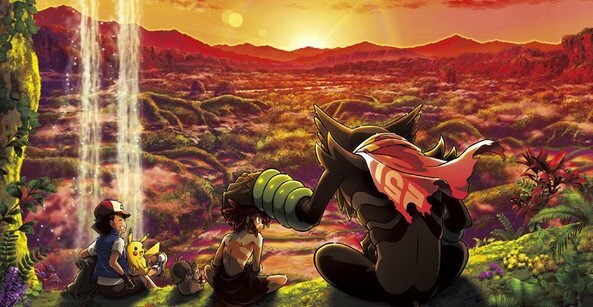 In this post, we are going to take about the upcoming Pokemon the Movie: Secrets of the Jungle Releases New Trailer And More! Well, the official youtube channel of Pokemon has released a trailer and a teaser of its upcoming movie.

Pokémon the Movie: Secrets of the Jungle

The official youtube channel of Pokémon has released the third trailer of the upcoming movie. Gekijōban Pocket Monster Koko is its Japanese name. It is the 23rd film of the Pokémon franchise. As for the plot, the story will prevail in the relationship between a true parent and its child. On the subject of raising and a story behind a strange parent and its child which is a pokemon and humans.

The upcoming movie is a theatrical version of Pocket Monster Coco. It will release on December 25, 2020, Friday in Japan.  It was previously set to release on July 10 but got delayed due to the COVID-19. TOHO was originally planned to feature the film. As for the rest of the world, the film will officially release in 2021 in other countries.

The unveiled trailer features its opening theme song “Koko”. Beverly a Filipino singer has sung the opening song. Previously she has been a part of Fairy Tail and Fruits Basket. Its third trailer is attached below.

As for the teaser, it reveals the main theme song of the film, Fushigi na Fushigi Ikimono. Wonderful, marvelous creatures is its English name. It is sung by Tortoise Matsumoto.

Far away from the human settlement was a jungle. There was a place called Okoya no Mori, it is a paradise for pokemon but has its own strict rules. One day a stubborn man, Zarud finds a baby by the river. “Ningen, this is …” Contrary to the law of the forest, Zard, who cannot be abandoned, names the baby Coco and decides to leave the flock and live together. It has been 10 years since Pokemon began to raise humans. Coco meets Satoshi and Pikachu who came to the Okoya Forest. The first “Ningen’s friend”. In Coco’s chest, where she believed that she was a Pokemon and did not doubt her, questions began to grow little by little. “Dad, am I a human?” Am I a Pokemon? Or is it human? Coco was worried, but one day, the footsteps of an uninvited human approached the forest, and the peaceful days changed completely. (as per the official youtube channel) To know more about the film you can click here to visit their official website.

This was all about the upcoming film. Be sure to stay tuned for more updates. Also, read Mashle: Magic and Muscles Chapter 40 Drops Early!! Release Date and Spoilers. Be sure to follow us on Facebook, Twitter, and Instagram for more interesting and the latest updates about anime.