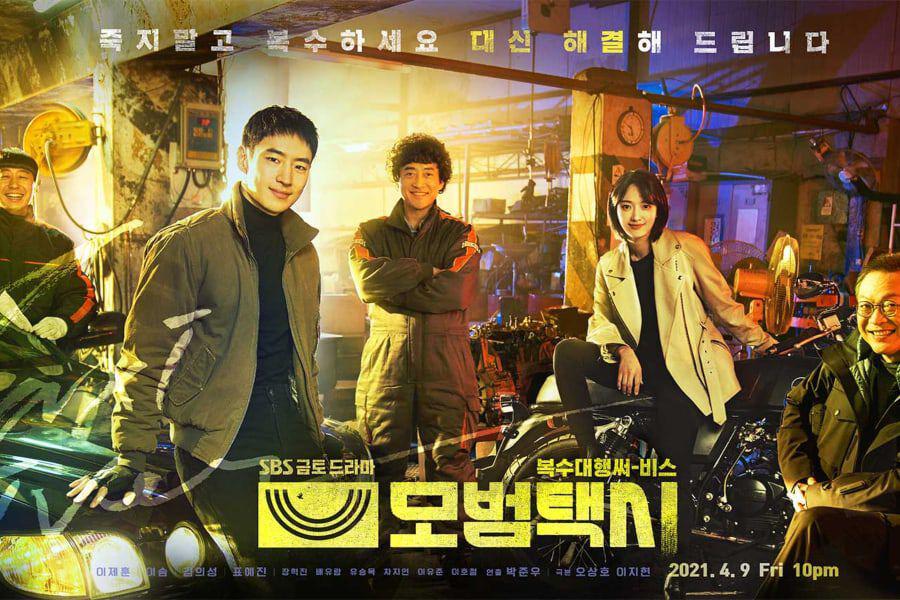 Justice/revenge served hot is the plot of Taxi Driver.

Heartbreaking tales based on real-life situations with a twist of giving criminals the punishment they deserved! Sporting a stellar cast of veteran and new actors in addition to catchy background tracks, Taxi Driver is worth your time.

This is what Taxi Driver Season 1 offered during its release on SBS. On finishing this drama, it’s a guarantee that you will be thoroughly entertained and satisfied. If you are still not convinced to check this blockbuster by the end of this article, you sure will.

A deluxe taxi service that provides its clients with steaming hot revenge. Secrecy and satisfaction being the hidden rules behind it. To the naked eye, a simple service, but by night a group of vigilantes seeking justice.

Combined with the fact that each of the participants of the service has suffered irrevocable losses. Yet they are far more skilled than your ordinary victims! Ready to act boldly to make sure not another innocent suffers as they did.

Despite their noble goals, their methods are not very civil. To them and the victims, violence seems like the only method to fix these cruel criminals. But to law-abiding prosecutor Kang such unlawful & inhuman methods cannot be tolerated.

She clashes with the taxi service and continuously warns them. The taxi service, though, is equally stubborn and loyal to their goals. Will they be able to work together, or will Kang send them to jail?

Watch Taxi Driver and find out!

Taxi Driver had a vibrant cast that wowed the audience in just a span of 16 episodes. However, the face of Taxi Driver was definitely Je-Hoon. His expressions and body language while beating the criminals were superb. The rage before and the satisfaction after beating them was felt not just by him but us, the viewers too.

Taxi Driver’s cast gave life to each story. Not just their own character, but to the victims, their pain and healing. Hats off to the casting director for doing such perfect actors.

What made Taxi Driver even more enjoyable were its catchy soundtracks. The original soundtrack had seven parts, respectively. Part 1 had the title; “Silence” by YB, as well as its instrumental.

Part 4 had the title; “All Day” by Cha Ji-Yeon and the instrumental. Part 5 had the title; “Run Away” by Simon Dominic. Part 6, ” Moon Light” by Sanha, and finally Part 7, way Home by Yoon Do-Hyun.

Most Satisfying Parts In Taxi Driver

Do-gi being the charismatic but noble protector for the victims was probably the best thing out of Taxi Driver. The way the entire team carefully dug up all information about the perpetrators was also commendable.

But ask any viewer, and the most satisfying scenes would definitely involve trash being taken care of. Be it a serial rapist, an abusive employer, or even an underage bully, and none were spared.

Taxi Driver took time out to explain the gravity of crimes. Also, how disgusting and conscienceless offenders can be. Each of them deserved and was given punishment by their service, albeit too severely.

Despite the need for such punishments being explained, we were also shown the necessity of law. And that, in the end, one needs a balance to deal with such offenders, not just violence.

Taxi Driver brought some true and heartbreaking stories, which made it even more endearing. However, each of these tales was wrapped up nicely. Therefore, despite an open ending, it does leave scope for Taxi Driver Season 2.

Following S1, Taxi Driver Season 2 could bring more true stories. This time focus would shift from action to law and show how far the law can go to drive these culprits to their doom.

Taxi Driver Season 2 can provide legal solutions and strengthen the faith in legal practices. Maybe also have these wrongdoers accept, regret, and repent for their crimes more than in season 1 since most men change for the better.

Any official announcements regarding Taxi Driver Season 2 will be updated here.