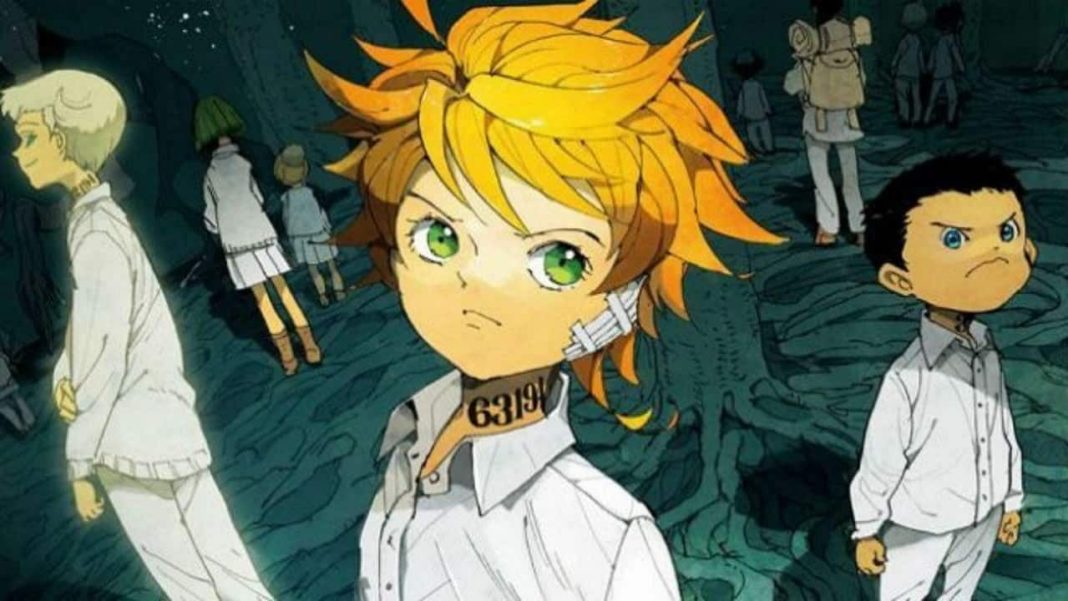 Hey guy, in this vlog we will discuss Promised Neverland Season 2 which is now delayed. Moreover, the blog will contain Release Date, Trailer, and Spoilers too. So if the spoilers bother you, I will suggest you to skip that particular section.

For those you are unaware, Let me tell you. Promised Neverland is a 12 episode long anime of Dark fantasy, science fiction, and thriller genre. Moreover, Promised Neverland Season 1 aired from January 11 to March 29, 2019. But, during its short run, the anime became one of the most discussed anime of 2019 and gathered a huge fanbase all around the globe. Besides, it wins the best fantasy anime award in Crunchyroll Award 2020.

Now, Fans all over the world are eagerly waiting for Promised Neverland S-2

A second season was announced in March 2019. The amazing show is the hard work of Director – Mamoru Kanbe, along with Toshiya Ono who is handling series composition. Equal credits go to Kazuaki Shimada for handling character designs. Moreover, thanks to Studio –  CloverWorks for animating the series.

Season 2 was originally scheduled for October 2020. But, the news about it shifting to January 2021 has been out. Moreover, it has been confirmed by the official twitter account of Promised Neverland on Thursday. For now, Promised Neverland Season 2 release date is not confirm. But we will update the blog as soon as we receive new information. So stay tuned to our website – SpoilerGuy for more info.

This Shift is due to COVID-19. You can see a list of all the anime that are affected by the coronavirus here.

Promised Neverland Season 2 Where to Watch

As we all know the Season 1 aired on Crunchyroll, Funimation, Hulu, and HIDIVE. We expect the same from Season 2 of Anime. And it’s, most likely to be true. We will update the blog if we receive any new information.

The anime is an adaptation of a popular Japanese manga with the same name. Promised Neverland manga is currently ongoing, and as of now, the manga has aired a total of 18 volumes. So, Instead of waiting for the new season, you can go keep up with the upcoming chapter of the manga. Moreover, we will update the blog as soon as we receive the spoilers.

The official Promised neverland season 2 Trailer is out. You can see it below.

Also, here is the key visual of Season 2 of the series – Promised Neverland.

The story of Show revolves around Emma 11-year-old orphan living happily with other orphans in Grace Field House. Life has never been better: with delicious food; nice and clean beds, games, and a mother like a caretaker, Isabella. Emma was having the best time of his life with his two best friends Ray and Norman. But one fine day these kids found out something that changed their life.

If you haven’t watched the season 1 yet, Go watch it.

The best fantasy anime of 2019 is the hard work of Director – Mamoru Kanbe, along with Toshiya Ono who is handling series composition. Equal credits go to Kazuaki Shimada for handling character designs. Moreover, thanks to Studio –  CloverWorks for animating the series. Also, Takahiro Obata – the music composure of Series.