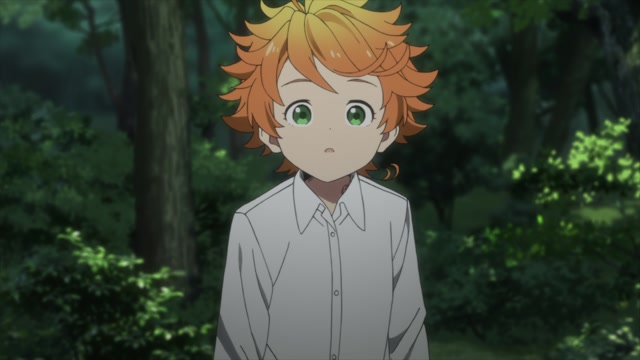 Howdy, in this post we have included everything you need to know about, The Promised Neverland Chapter 169. It includes the release date, spoilers, leaks, sources to read online and discussions.

The Promised Neverland aka Yakusoku no Neverland is currently an underrated manga, most people are unfamiliar with. However, once you start reading it – you will definitely love the plot this series has to offer.

Before starting with chapter 169, let us discuss the events of Chapter 168. The previous chapter revolves around PeterRatri as he has shown what his cunningness is about while the children didn’t lose hope.

The previous chapter was titled, “Dad”. The chapters hook us up by a twist where Peter Ratri wasn’t where he was supposed to be. He’s been playing games till now. Ratri, later on, reveals that he’s the creator of all the children and their dad. The chapter ends with a gun pointed to his head. Once again, the manga chapter ends at a cliffhanger, Readers are now looking forward to the Promised Neverland Chapter 169.

The Promised Neverland aka Yakusoku no Neverland Chapter 169

Now then, Ratri has revealed that he’s the “Dad” of all the children. It will be great to see how the children react to it and get over with the fact. Moreover, the previous chapter ends at a cliffhanger, and the chapter are building hype up for the end of this arc. Besides this, it seems Oliver won’t let Peter’s plan succeed. The chapter will follow the continuation of Return to Grace Field arc.

Promised Neverland Manga Chapter 169 will be officially out on 1 March 2020. Other important details and updates regarding the chapter will be added a day or two before.

The Promised Neverland, Ch. 168: Demons and humans collide with the fate of both their worlds on the line! Read it FREE from the official source! https://t.co/BCBcJuNR9m pic.twitter.com/8rmsQOBktD

Where to read The Promised Neverland Chapter 169?

You can read Yakusoku no Neverland’s manga chapter 169 officially on Viz. You can read the chapter in English, Espanol or other languages on Manga plus. We highly condemn the use of reading manga or streaming anime on an unofficial website. Click here to read more about Anime streaming websites.

The spoilers and leaks are basically the raw scans, that are being translated by the popular translators on the internet. But you may not worry, we will make sure to add the leaks and spoilers to the article, as soon as they’re out. You can put your opinions regarding the Promised Neverland Chapter 169 in the comment section below.

Well, that’s what we have for now. Thanks for reading! Also, Make sure to follow our Social media accounts for exclusive news, spoilers, and everything anime related.

Kimetsu no Yaiba 205 Spoilers, Where to Read Demon Slayer Chapter...