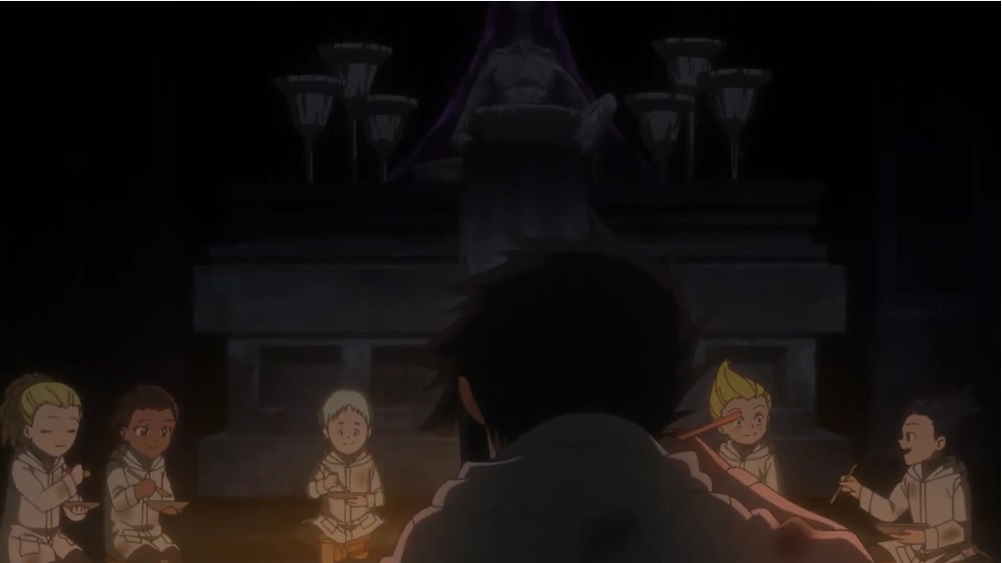 The Promised Neverland anime’s previous episode took fans by surprise as it brings out a plot that is exclusive to anime. At this point, it is clear that the anime will undoubtedly change a lot from manga, but will the second season abandon the manga’s plot is still a question. The last ep marks the divergence of the plot from the source material. Now, Promised Neverland Season 2 Episode 5 would clarify how different the anime plot will be.

I…. am kinda disappointed. Looks like it’s going to be anime-original from this point.

I mean, might still be good, but…. not really what I wanted.

Well. This gives me a good chance to finally finish reading the manga I guess.

In the previous episode, we saw Emma, Ray, and others arriving at B06-32, a base built by William Minerva. However, things do not always go as planned. The episode gets intense when some equipped invaders invade the secret base. Who exactly planted the explosion? We will surely find an answer to this in episode 5 of the second season of the Promised Neverland.

Where to Watch the Promised Neverland 2nd Season Ep 5?

All the second season episodes, including episode 5, are available to watch on Hulu, Funimation,  AnimeLab, and Wakanim. Depending on your location, you will be able to stream the anime on the platforms we put above. Here is the preview for Promised Neverland Season 2 Episode 5:

Release Date – When Will Episode 5 Air?

We have got an early update regarding episode 6 of Promised Neverland. As per this update, the upcoming episode (ep 6) is going to be a recap.

(11 Feb) Next Week’s Promised Neverland Episode is going to be a recap.

The plot follows a happy orphanage supposedly where the kids get the best food and the best lives. The protagonist is an Eleven-year-old girl, Emma who loves the mother of the orphanage. The mother is Raising these children to Feed the Demon. Furthermore, she along with her friends Norman and Ray try their best to build an escape route. Under those circumstances, Ray Norman and Emma leave no stone unturned to save most of the orphans from death.

Here is the trailer for the second season: