Spoiler Guy
Home New Season (DELAYED) The Promised Neverland Season 2: When is it coming out? New... 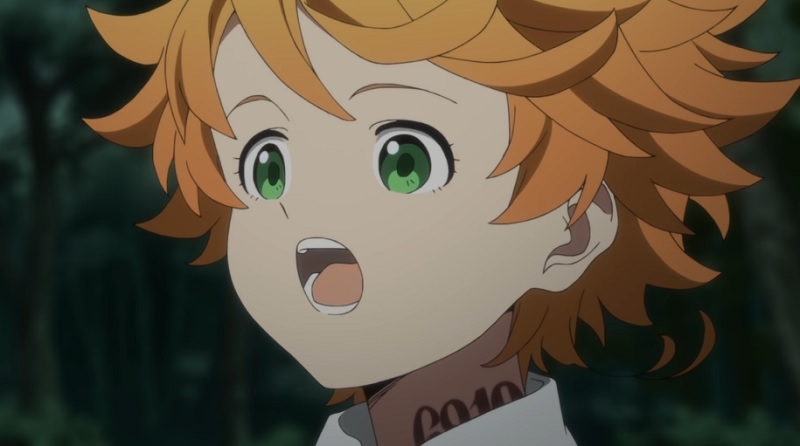 The Promised Neverland Season 2 is hugely awaited as the season 1 became a hit since the first day it aired. This hit new popular anime revolves around orphans in the Grace Field Orphanage. Emma our main character discovers that the orphanage is sacrificing kids to the Demons. Then she and her friends plan out an escape plan.

Season 1 ended with Emma and a few of her friends escaping the orphanage, but there are still some children left there. Let’s see what The Yakusoku no Neverland Season 2 has to offer to the fans.

After the hugely popular season 1, The second season of the show will deal with Emma’s promise to rescue the rest of the children. The Promised Neverland Season 2 will develop on this and will have even bigger battles. Let’s discuss when will the show release and what story will it follow.

Originally the season was supposed to come out during October 2020 and the Season 1 Rerun was supposed to start during July. But unfortunately, due to the ongoing coronavirus pandemic, it got delayed further. That came as a bummer to may fans. We have this tweet by Yakuneba Staff which confirms the same.

As per the official tweet from the studio and the word from staff members. The Promised Neverland Season 2 will release on 12 January 2021.

When will Yokusaku no Neverland Season 2 air?

Due to the delay caused by COVID 19 Pandemic, the show will start airing in January 2021. and the Rerun for season 1 will be shifted to October this year. So the fans have to wait a little longer than expected. I hope it won’t get delayed further as fans are desperately waiting.

Although we don’t have a proper trailer for Season 2 yet. We do have an official announcement video containing some scenes from season 2 and the message for the delay due to COVID 19.

Please note that from here this blog post may contain spoilers from the upcoming season of Promised Neverland anime.

The Promised Neverland is set in the year 2045 and follows three friends Emma, Norman, and Ray. It showcases the escape arc in which Emma and her friends escape the Orphanage. They live in a Grace Field orphanage with 37 other Orphans. One of the orphans, Conny is taken to the gate. Curious Emma and friends try to find him and discover that Conny is dead.

They slowly realize the hard truth of the orphanage, that they all are being nicely raised only to be killed later to provide them to the demons. Emma now plans to escape along with the other kids and give them their freedom. She succeeds in doing so in the end of Season 1 where they are seen to be in the Demon Forest outside the Orphanage. Emma also promised to rescue the other children so her journey is not yet over.

The story for Yakusoku no Neverland Second Season

The promised Neverland Season 2 will continue the story of Emma and the other children from the Orphanage. It will revolve around the plot that Emma made to the other children and that she will rescue them. The second season of Yakusoku no Neverland will be mainly driven by that promise.

In Anime Expo 2019, Director Mamoru Kanbe said that Emma will face more challenges and there will a greater level of suspense and pressure in the show. The show will also further talk about the relationship between the mother of children, Isabella and how is she related to the Demon.

This season will be kind of Emma-centric as it will discuss her past and secrets. Season 1 gave us glimpses of the Demon Forest outside the Orphanage. Season 2 will be set in it. And there might be some kind of connection between the forest and the Orphanage.

This is all folks, I hope you enjoyed this information about The Promised Neverland Season 2. We will update the post with further information in case there is a change in the schedule yet again. Be sure to follow us on our socials to keep updated with the latest and greatest news and memes about anime.

Read more about Oregairu Season 3 and the Demon Slayer Season 2.

I hope you are having a great day.