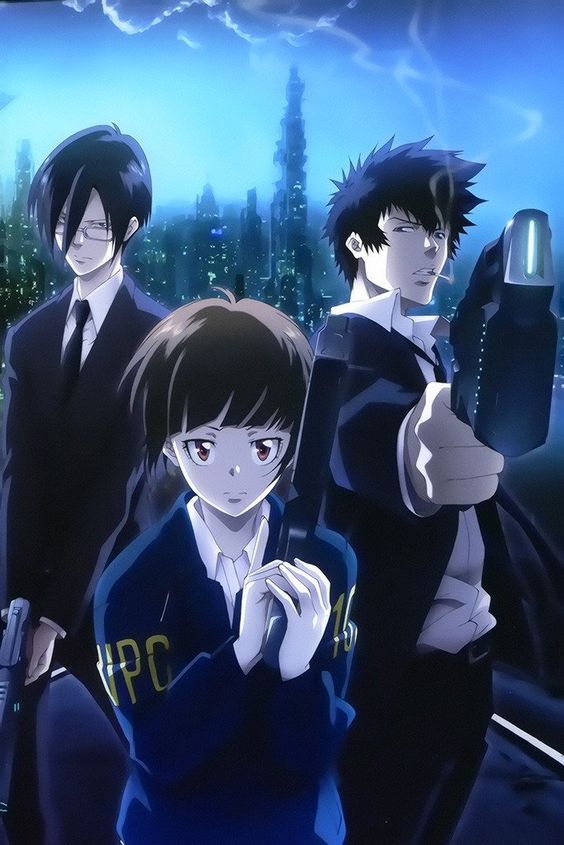 Howdy guys, In this post we are going to discuss upcoming events of Psycho-Pass Season 3. Besides this, this post will contain a release date and spoilers. If spoilers bother you, I suggest you stop here. Otherwise, you go ahead. So, yeah, let’s get it started-

This fall, a lot of great anime is going to make a comeback as a sequel. And one of those anime is- Psycho-Pass Season 3. Recently, the poster of the anime was released. Here is the official poster

According to our sources, the series is under production. Recently, it was also revealed that season 3 of Psycho-pass will get 8 episode series. All the episode is expected to last an hour each. So this makes it 16 episode series compare to the normal length of an anime episode.

The third season of the anime will direct by Naoyoshi Shiotani. Furthermore, he is returning from the last two seasons of the series for Production I.G. Besides this, the creator of Katekyo Hitman Reborn!- Akira Amano will design the character of the series. Furthermore, Who-ya will perform the opening theme of the series- “Q-vism,” and Co Shu will perform the ending theme- “bullet.” The further anime character cast is- Yuki Kaji as Arata Shindo, Yuichi Nakamura as Kei Mikhail Ignatov, Takahiro Sakurai as Sho Honakawa, Akio Ohtsuka as Temma Todoroki, Junichi Suwabe as Kazumichi Irie, Kaori Nazuka as Mao Kisaragi, Ayane Sakura as Mika Shimotsuki, and Miyuki Sawashiro as Shion Karanomori.

The third season of the series will release on October 24. Besides this, Amazon Prime Video will legally stream the series. In the last here is official trailer-