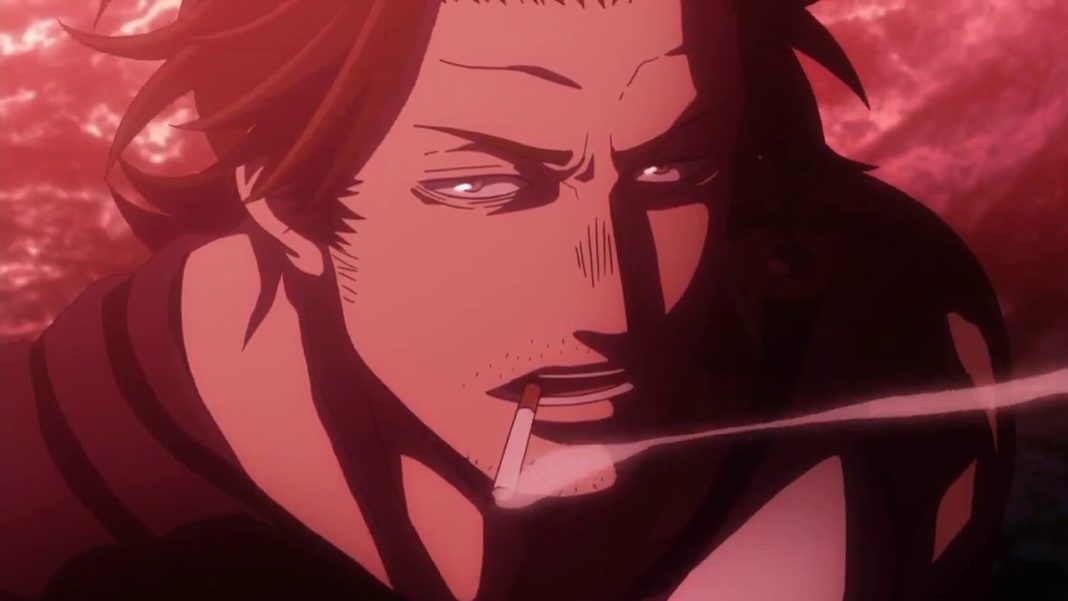 Howdy, we will be discussing the release date, spoilers, leaks, and the sources to read Black Clover Chapter 242 online.

Currently, the Black Clover manga is one of the most popular ongoing mangas. The manga is coming from the popular Japanese author Yuki Tabata. The manga is following its 11th arc. As of now, the arc is still unnamed. However, the arc covers up the Clover and Heart Kingdom’s alliance against the Spade Kingdom.

It seems, “The Dark Triad” will be the main antagonist of this arc. Arc 11 of Black Clover has various details from Yuno’s past. Moreover, the arc might also reveal some major details regarding Asta’s Demon as well.

Dante is still not using his demonic powers as he stands tough and almighty against the Black Bulls. The previous chapter ends with Gauche using his Mirror magic on Asta to create multiple Asta.

Readers are now full of beans for Asta vs Dante in Black Clover chapter 242.

Before starting the discussions and leaks on Black Clover 242, let us discuss the events of the previous chapter.

The Black Clover manga’s previous chapter starts with Dante using his Gravity Magic to defend against Asta’s black slashes, but he ends up realizing that it won’t work.

Dante then notices how Rouge is interfering with Natural laws. Moreover, it has been revealed that Dante is the leader of the Dark Triad. It was confirmed when Dante asks Vanessa to be his woman.

Black Clover, Ch. 241: Asta takes on one of the strongest mages from the Spade Kingdom! Read it FREE from the official source! https://t.co/Ja38DagEn1 pic.twitter.com/ayoeron4jd

Asta then uses his demonic form to fight Dante. Surprisingly, Dante saw someone from the Clover Kingdom using a devil’s power for the first time.

Asta, later on, ends up using all his attacks but Dante easily dodges each one of them. The chapter ends up with Asta and Gauche using their combination technique. Gauche creates multiple Asta and all the Asta then use “Mirrors Meteorite” against Dante. The continuation will be covered in Black Clover 242.

Do you think Dante will withstand the Attack? Will Yami make an appearance? Readers will surely get an answer to all their questions in Black Clover manga’s chapter 242.

We will be discussing the upcoming events of Black Clover manga chapter 242 including the release date, updates, spoilers, and ways to read online. So, If spoilers bother you, you may stop reading now.

A mysterious person is shown in the manga. It’s either Asta’s mother or the Demon calling Asta, “My… beloved son..”.

Dante will finally unveil his true powers, that he’s been hiding.

The chapter ends with Asta growing a tail against the unforgivable enemy, Dante. Moreover, Yami might make an appearance soon in the manga.

This is a bit early for Yuki Tabata to introduce Asta’s parents, considering the anime is a shounen. However, readers are as excited as ever for the upcoming chapters of Black Clover manga.

The Black Clover manga chapter 242 will be officially available on 8 March 2020. Readers can read it online.

Moreover, You can also read Black Clover 242 in Espanol on Shueisha.

Black Clover is a popular Japanese manga written by Yuki Tabata in 2015. The plot revolves around Asta and Yuno, who are rivals. Asta is a kid born with no magical prowess and Yuno is a being blessed with mana. The plot revolves around their journey of becoming the strongest knight. As of now, the manga has aired 240 chapters, Black Clover chapter 241 will be out soon. Here is the official trailer for Yuki Tabata’s Black Clover:

Our Blood Oath Chapter 11 Release Date Arriving Sooner Than Before!