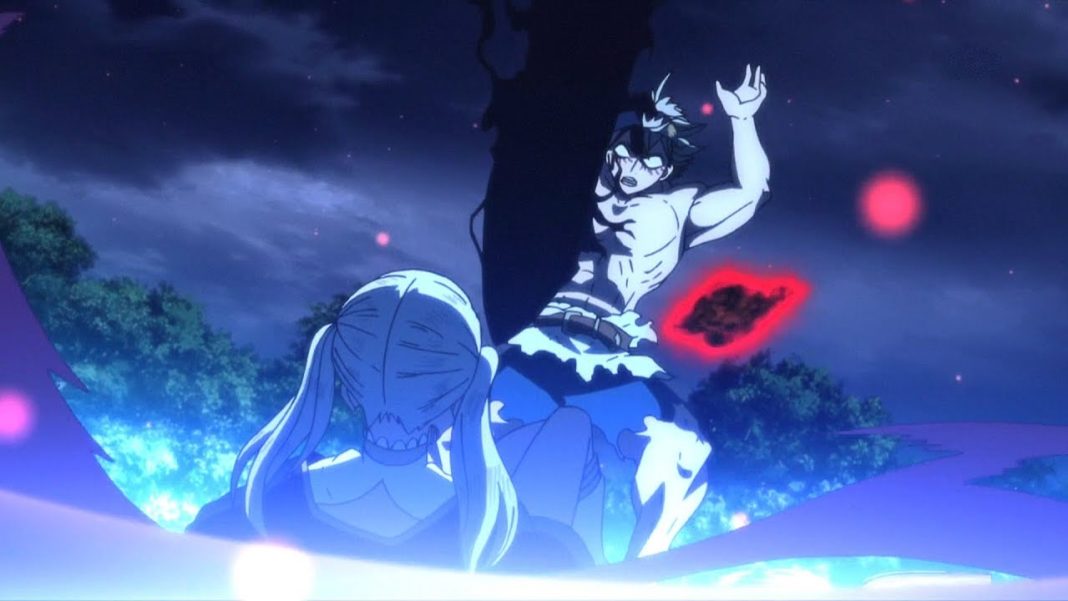 Readers are loving how the creator has introduced Dante and other members of the Dark Triad. Black Clover manga aired its 242nd chapter a while ago, and fans are now full of beans for Black Clover chapter 243.

In this post, we will be discussing the release date, spoilers, leaks for Black Clover manga 243.

As it may seem, The Dark Triad from the Spade Kingdom will the lead antagonist for the 11th arc of Black Clover manga. Moreover, it’s a matter of time until the anime catches up to the manga. You can read about the possibilities of Anime catching up to the manga here.

Dante has now awakened 60% of his demonic power. Moreover, the creator introduced the three members of the Dark Triad as a chaotic demon, an almighty demon, and an evil demon.

Moreover, we have received so many queries on our social media regarding the terms, Amvil and Wevil. What exactly do these words denote? Well, the term “Wevil” refers to Word Magic Devil. And, the term “Amvil” refers to Anti Magic Devil. Moreover, readers can expect some unexpected strength from Asta’s new Demon form.

Fans are now looking forward to the continuation of Asta vs Dante in Black Clover Chapter 243.

Before starting with the details on Black Clover 243, let us discuss the events of the previous chapter:

Black Clover Chapter 242 was titled as, “Humans and Evil”.

The previous chapter starts with, Asta and Gauche using a combined attack on Dante, thinking that he won’t be able to dodge them all. However, Dante releases 50% of his Devil’s power and suppress the space near him with his gravity magic.

Without Asta realizing Dante’s move, Dante uses his magic to hit Asta to the ground. Dante says that even though they are different, they are connected somehow because they are beings possessed by the devil.

Asta replies with how we will never forgive the Dark Triad for what they’ve done to the people. But if Asta is calling him evil then he will take it as a compliment.

Black Clover, Ch. 242: The battle takes a dark turn as the Spade Kingdom retaliates! Read it FREE from the official source! https://t.co/QT92cq1dlp pic.twitter.com/IRlZZkJVJD

What happened further, did leave a huge impact on the readers. For the first time – readers got to see a glimpse of Asta’s past. Yes, you read that right. When Dante tries to kill Gauche in order to awaken Asta’s true feelings.

Asta ends up getting a flashback, that says, “My … loved Son”. Somehow, it brings back that “Naruto vibe” to this show.

Asta then unlocks his new potential. This results in the black form covering more of his body, forming claws and both his hands and foot. Moreover, fans also got to see Asta with a third horn and a tail.

Black Clover 243 will finally cover up the continuation of Asta vs Dante. More important details regarding the upcoming manga chapter will be out soon.

Asta might go Berserk in Black Clover manga chapter 243. Moreover, the true strength of Asta’s new form will be out in the next chapter, as well.

We will be discussing the upcoming events of Black Clover manga chapter 243 including the release date, updates, spoilers, and ways to read online. So, If spoilers bother you, you may stop reading now.

Dante’s Demon is called Lucifer and it belongs to the top, the former spirit demon is superior. However, none of the top demons knew about Asta’s demon, saying that from the inferior ability of anti-magic, it was estimated that they were subordinate demons.

More spoilers regarding the Black Clover manga 243 will be out soon:

It is expected that Yami might make an appearance soon in the Black Clover manga. Moreover, This is a bit early for Yuki Tabata to introduce Asta’s parents, considering the anime is a shounen. However, readers are as excited as ever for the upcoming chapters of Black Clover manga.

The Black Clover manga chapter 243 will be officially available on 15 March 2020. Readers can read it online.

While you wait for Black Clover manga chapter 243, make sure to read our recent on – Demon Slayer 198, My Hero Academia 264 and the Promised Neverland manga.

Moreover, You can also read Black Clover 243 in Espanol on Shueisha.

Black Clover is a popular Japanese manga written by Yuki Tabata in 2015. The plot revolves around Asta and Yuno, who are rivals. Asta is a kid born with no magical prowess and Yuno is a being blessed with mana. The plot revolves around their journey of becoming the strongest knight. As of now, the manga has aired 242 chapters, Black Clover chapter 242 will be out soon. Here is the official trailer for Yuki Tabata’s Black Clover:

One Piece Chapter 971 Delayed Release Date, Where to Read?

One Piece Episode 928 Release Date, Spoilers and Where to Watch?