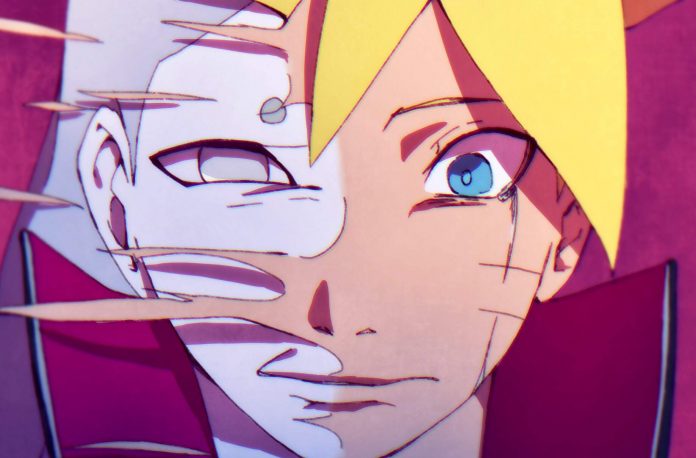 What’s up guys, today we will be talking about Boruto’s Chapter 58 Release Date and Latest Updates. After Kurama’s death and Sasuke losing his rinnegan, things have become a bit dull in the Boruto Manga. But the previous chapter was pretty interesting as Naruto has finally taken the resolve to kill Boruto if the otsutsuki part of him consumes his entire mind and body. As sad as it may sound, we all know that the possibility of that happening is highly unlikely. So what will happen in Boruto Chapter 58? Now that Code is coming, fans have tremendous expectations from the upcoming chapters.

Fortunately, this time there won’t be any delay in the release of the latest Boruto chapter. Despite there being a delay in the weekly shounen, it seems that the monthly manga series are unaffected and are releasing their manga chapters as promised according to its original release date schedule.

Must Read: Chainsaw Man Anime Release Date – Why Is There So Much Hype?

Boruto Chapter 58 Release Date is confirmed to be May 20th, 2021. This is the official release date of the latest chapter as informed by Viz Media. There is a lot of anticipation for the next chapter as Code is coming and Konoha is yet to face its biggest rival. Now that Naruto does not have Kurama and Sasuke is not in his best form, we might see other characters entering this fight. In the chapters to come, we also might see action scenes like never before as Code’s full potential hasn’t been shown.

Recommended: 5th Ninja War: Is It Inevitable in Boruto?

In recent news, Boruto Leaks were released early. But a few fans claim to call it fake and are hesitant in believing it. Most of the time when spoilers are leaked earlier than usual they tend to be fake fan art or a case of Chinese whispers. If we were to speculate, it would wise to wait until 18th May 2021 to come to a conclusion as the majority of the leaks are released on that date. Besides, gaining more information before coming to a conclusion would offer better peace of mind.

Check out 7 Boruto Quotes That Reflect The Reality of Life

Boruto Chapter 58 can be read on Viz Media for free on May 20th, 2021. They offer all the latest manga chapters of all the latest ongoing manga series for absolutely free. You can catch the latest chapters without any delay as it is simulcast and is on time as well. We completely condemn the usage of unofficial websites to read the manga as it doesn’t support the creator.

The entire manga is a sequel of Masashi Kishimoto’s original Naruto manga. The story covers the events of the next generation after Naruto becomes the 7th Hokage and has his own family. The plot for this story revolves around the journey of Naruto’s son, Boruto. Moreover, as of now, 57 chapters of the manga are on-air. Boruto Chapter 58 will be releasing soon.