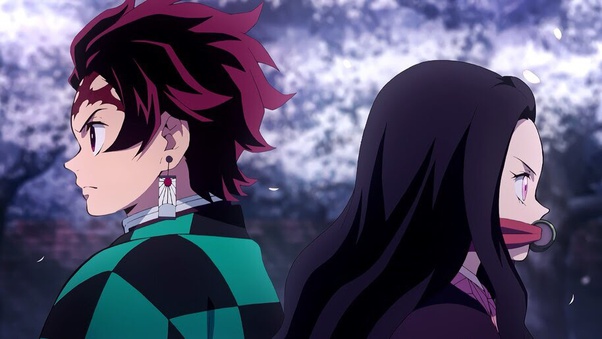 Demon Slayer Chapter 196 will be continuing the Dimensional Infinity Fortress Arc of Kimetsu no Yaiba manga. Readers are as excited as ever for chapter 196.

Kimetsu no Yaiba manga is one of the most popular ongoing manga. Well-known for the plot twists and wonderful story, the manga is going places. The manga recently aired its 195th chapter, and fans are full of beans for Kimetsu no Yaiba chapter 196.

Before starting, let us discuss the previous chapter of Kimetsu no Yaiba manga.

The 195th chapter is titled, “Bewilderment“. The chapter starts with Muzan taking a trip down his memory lane. He reminds of how Yoriichi seemed so weak as he had no fighting spirit or hatred against him. Whatsoever, Yoriichi wounded him in such a way, that Muzan’s body would hurt as if he were in the presence of sun – for hundreds of years. Moreover, Muzan states that I’m not the real monster, Yoriichi is.

All of Muzan’s wounds are now visible to Tanjirou, as Muzan is completely exhausted. However, that’s not it. Our little boy has realized the location of Muzan’s hearts and brains.

It felt impossible to locate Muzan’s hearts and brains until his scars showed up. The scars on his body are the marks that were graved on his hearts and brains by Yoriichi. Tanjirou then obtains a way to help Obanai with his visual impairment.

Along with Obanai Iguro, Tanjirou attacks Muzan with his Sun breathing technique resulting in Muzan getting on his last legs.

The chapter ends with Nezuko making an appearance on the outskirts of the town where the corps are fighting Muzan. Moreover, one of her eyes has gone back to the way they were when was human.

With the entry of Nezuko on the battlefield, readers are equally worried and excited to see her fight Muzan with Tanjirou in Demon Slayer chapter 196.

We will be discussing the upcoming events of Demon Slayer manga chapter 196 including the release date, updates, spoilers, and ways to read online. So, If spoilers bother you, I suggest you stop here.

The Demon Slayer Chapter 196 will be covering up the entry of Nezuko on the battlefield. As we predicted, the final fight of the series is going to be between Tanjirou and Nezuko vs Muzan. Moreover, Nezuko is starting to become a human again. It definitely is a good thing, but is it the right time?

Besides this, Will Muzan take Nezuko as a hostage? Or will Nezuko kill Muzan? All your questions will surely get an answer in Demon Slayer Chapter 196.

The previous chapter dropped on 21st Feb, so the next chapter, i.e, Kimetsu no Yaiba chapter 196 will air on or around 28 February 2020.

All the chapters of Demon Slayer manga are available for free on Viz Media and Shueisha. You can read Demon Slayer Chapter 196 there only. Besides this, you can also buy the hard copy of the manga to support the creator. We highly condemn the use of reading manga on an unofficial website.

The spoilers and leaks are basically the raw scans, that are being translated by the popular translators on the internet. But you shall not worry, we will make sure to add the leaks and spoilers to the article, as soon as they’re out. Till then, You can put your opinions regarding Demon Slayer chapter 196 in the comment section below.

When will the spoilers for Demon Slayer 196 Release?

Generally, the spoilers get out 2 days prior to the official release date. The Spoilers for Demon Slayer manga chapter 196 will be out around 27th February.

The genre for Kimetsu no Yaiba are Action, Demons, Historical, Shounen and Supernatural. The Anime is well-known for its wonderful animation and a decent plot. As of now, the manga has aired a total of 195 chapters. Kimetsu no Yaiba Chapter 196 will be out soon. Moreover, the anime’s first season was a huge success, fans are now full of beans for Demon Slayer Season 2. Here is the official manga trailer for Demon Slayer –

While you wait for Demon Slayer chapter 196, make sure to read about My Hero Academia manga delay, Kingdom manga’s new chapter and Attack on Titan’s chapter 127.

Demon Slayer Chapter 206, Is it Possible to Have Kimetsu no Yaiba Manga Sequel?